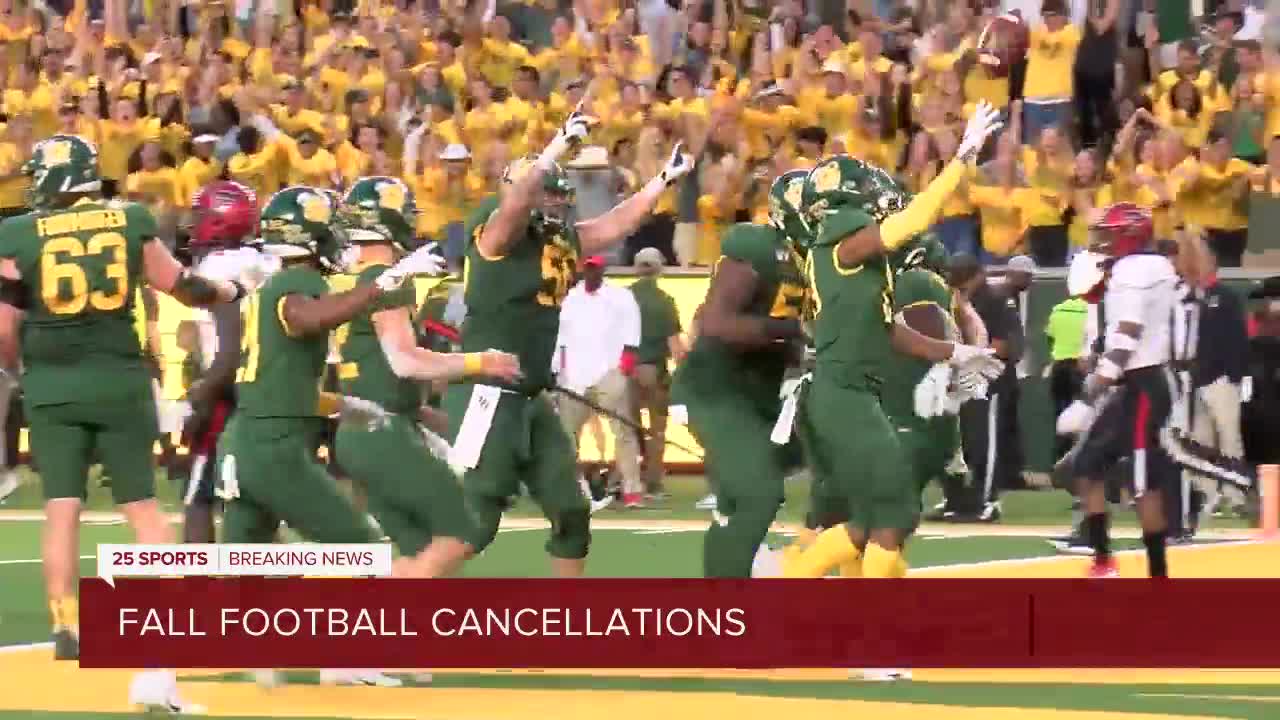 The Big 10 announced Tuesday afternoon it would officially cancel all fall sports, including football, this season but have hopes to play in the spring. An hour later, the Pac-12 followed, officially announcing its own cancellation of football and fall sports.

The NCAA Board of Governors directed schools and conferences to meet specific requirements if they are to have NCAA fall sports. One of those requirements is that 50% or more of the division has to vote to keep fall championships.

“The College Football Championship is not controlled by the NCAA, which shut down Division II and Division III. But the FBS is going to meet sometime later this month about the College Football Championship, and you need to have what I believe is 50% or more of the FBS schools who can play football to have a National Championship. So that means, if you have the SEC, ACC, and the Big 12... you are looking at nearly forty teams right there,” said SicEm365 Talk Show Host David Smoak.

With the Big 10 and the Pac-12 pulling the plug on the season, the Big 12’s decision could be the swing vote to keep football in the fall. The ACC and the SEC have been vocal from the beginning about their intent to play in 2020.

The FBS programs that have canceled the fall stated that they would try to resume in the spring, but that is easier said than done.

“In some cases, the teams that compete for the National Championship could play as many as 14 to 15 games. So let's say Clemson or Alabama or Ohio State or Oklahoma... they could play 25 to 30 games in less than 12 months. That’s impossible. Talk about health and safety issues,” explained Smoak.

“We’re going to see positive tests. The question is how many will it take for everyone to say we tried but it's not working,” said Howard.

Now that two conferences have made decisions, many are now questioning how in-person classes can resume at massive college campuses.

“Wisconsin has 50,000 students. These are big schools. Not all of them. Some of them have 20 [thousand], some of them have less. But if this is so bad, why would you let your students back on campus?” questioned Smoak.

The NCAA Board of Governors did say a decision for each division had to be made no later than August 21 on if fall championships will be played.