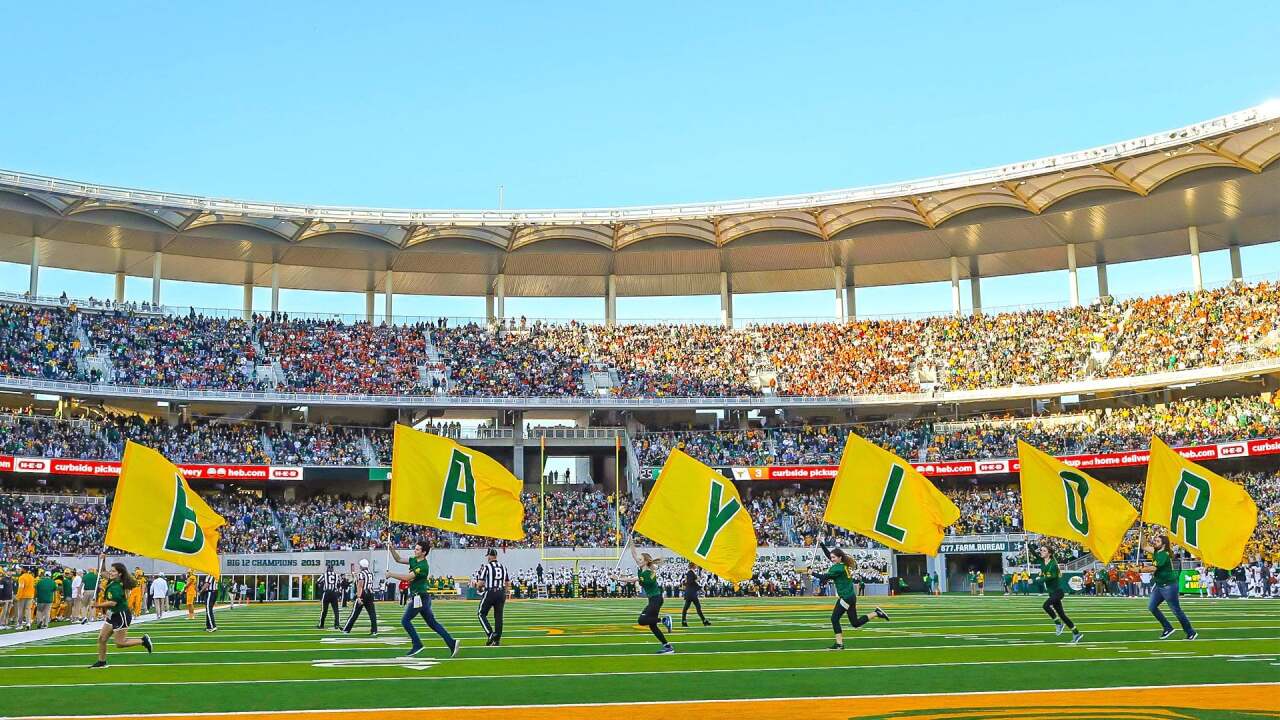 WACO, Texas — With Head Coach Matt Rhule officially on his way to becoming the head coach of the Carolina Panthers, the Baylor Bears are now looking to the future of their football program and life without him.

So, who are some potential candidates to take over Baylor's football program?

Joey McGuire: Baylor's easiest option would be to promote from within. McGuire served as the team's associate head coach this season after spending two years as the team's tight ends coach. Several players have posted their support for McGuire on Twitter, including Trestan Ebner, Sam Tecklenberg and Grayland Arnold.

Rhule commented on the support for McGuire, saying, "Joey's a tremendous leader."

He added that he has full confidence in Rhoades's ability to make the right hire.

Phil Snow: Rhule's other leading assistant could also get the call up to be the Bears' new head coach, but early indications are that Rhule intends to take Snow with him to be his defensive coordinator at Carolina. Snow was named a Broyles' Award finalist this season as one of the top assistant coaches in the country.

Jeff Nixon: Baylor's current co-offensive coordinator could also see a promotion this off-season. Nixon has been the coordinator throughout the Baylor rebuild. Baylor ranked 52nd in total offense in 2019.

Sonny Dykes: As Baylor's program has resurrected under Rhule, just up the road is Dallas, Dykes has been transforming SMU. Under Dykes' leadership, the Mustangs had their first 10-win season since receiving the death penalty in 1985. Dykes has Texas connections, which could be key to recruitment.

Blake Anderson: Anderson led Arkansas State to an 8-5 season and bowl win this year. He played for Baylor from 1987-89 before a knee injury led him to transfer to Sam Houston St. Anderson was in the mix for the job when Rhoades hired Rhule in 2016.

Josh Heupel: UCF's head coach has maintained the success under former head coach Scott Frost. His wide-open offensive system is more akin to Baylor under Art Briles than under Matt Rhule. Heupel was hire as the offensive coordinator at Missouri under Rhoades's tenure.

Billy Napier: Napier was awarded the title of Sun Belt Coach of the Year after leading the Ragin' Cajuns to an 11-3 season and Sun Belt West Division Title and a bowl victory. 247Sports is reporting Napier is a "serious candidate" for the Baylor job.