No bye week slump for the Bears 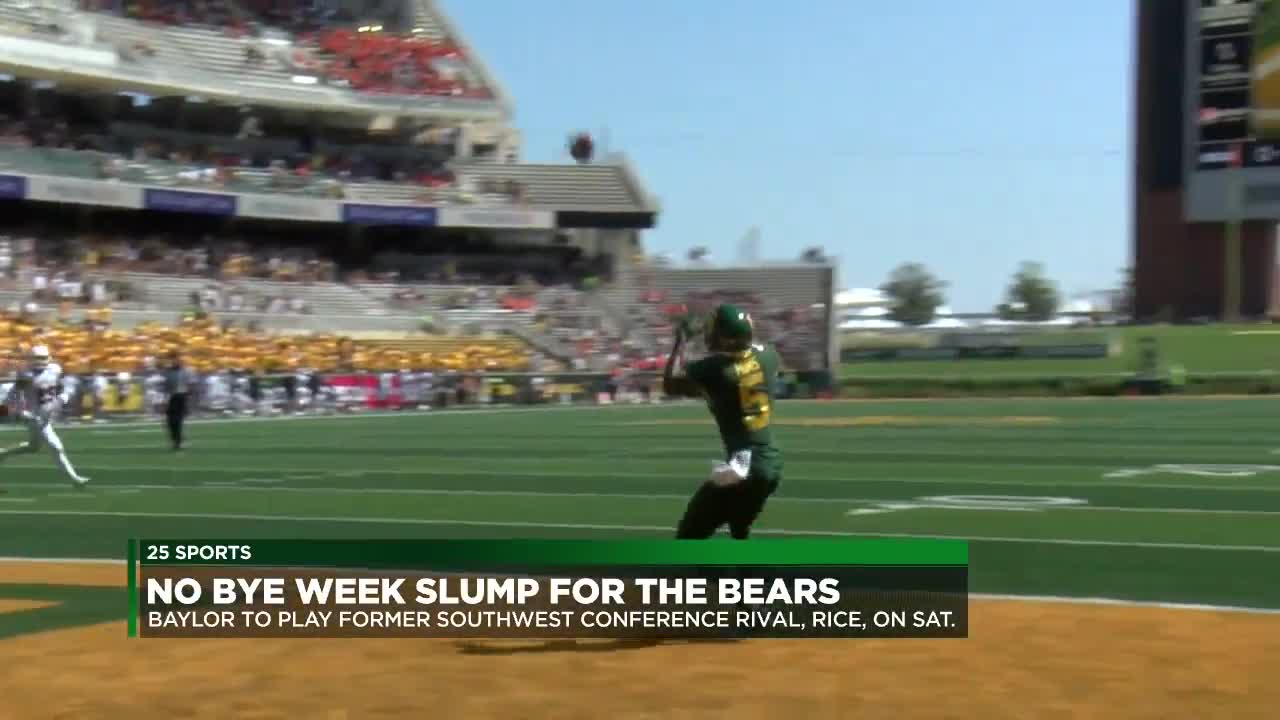 WACO, TX — The Bears have said their goodbyes to the bye week and are now gearing up for their first road trip of the year.

"I was really pleased with the maturity of the team. Again, you come out of that Game 2 last week, you score some points and everyone feels good. You turn the tape on, there are things that are wrong. The first week I had that approach, and the team looked at me like, 'Why is he upset?' After Game 2, I think our guys came in and said, 'We've got to fix that, that, that and that,'" Baylor Head Coach Matt Rhule said.

Baylor currently leads the nation in scoring 59.5 points per game. They also are leading in yards per carry with 8.37.

But, Coach Rhule admits coming off a bye week and winning on the road has been a struggle for the Bears the last few years.

So, Baylor kicked off game week by inviting former head coach Grant Teaff to breathe life into the history of the Baylor/Rice game.

Rhule said the Bears aren't used to the seeing the Owls' type of offense: multiple personnel groupings and formations. But, thanks to Rice's previous games, the Bears have a lot of valuable game tape to work with.

"Texas lines up in a lot of the same sets that we line up in. Rice played Wake Forest one way and then they played Texas a little differently. They went out against Texas, they played man, they overloaded the box to take away the run. They put pressure on the quarterback. Offensively, Texas, being more of a three-down team like us, they ran a ton of outside zone. So, I think it was really good for us to get a picture of some of the things that they did versus a team in Texas who at least structurally is built the same way we are," Coach Rhule added.

Kick off for the Bears and Owls is set for 6 p.m. Saturday in Houston.