Baylor falls to OU during overtime in Big 12 Championship game 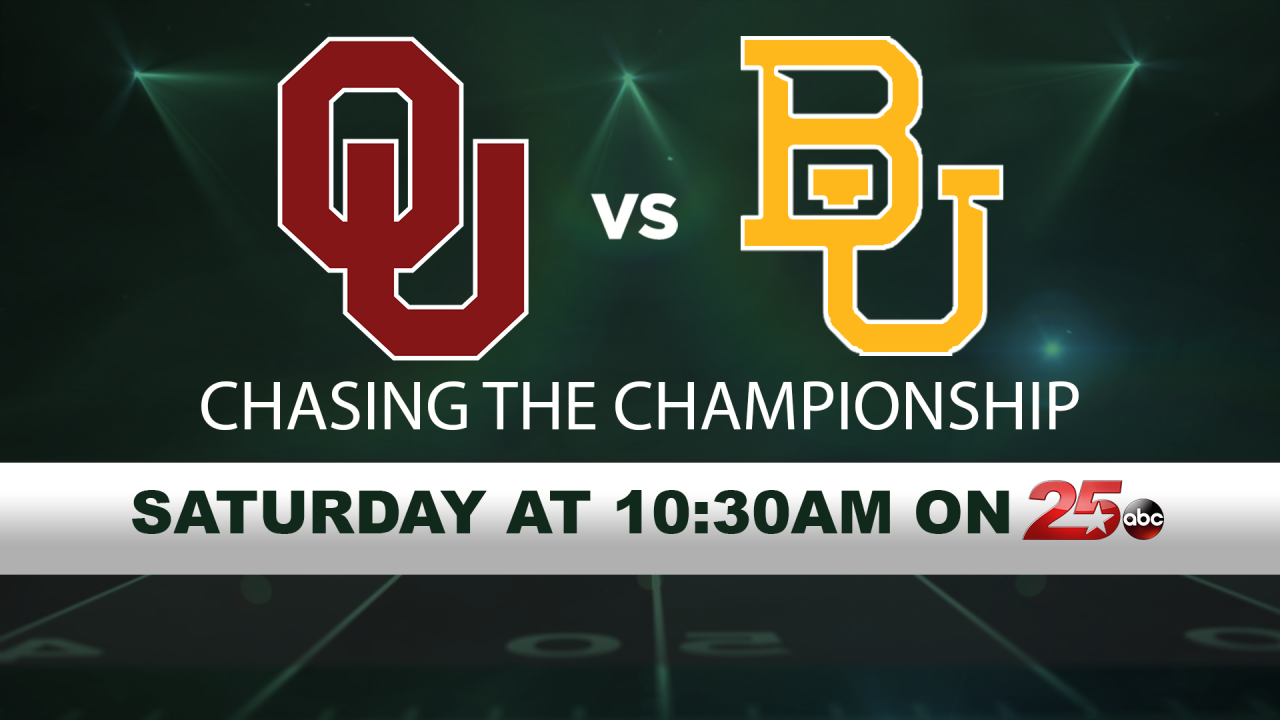 ARLINGTON, Texas — (UPDATE: December 7, 2:45 p.m.) The Oklahoma Sooners are the Big 12 Champions after defeating the Baylor Bears 30-23 during overtime.

No. 8 Baylor football will try to complete one of the biggest two-year turnarounds in college football history when they take on No. 6 Oklahoma in the Big 12 Championship game. This is the first time the Bears have participated in the Big 12's deciding game.

Baylor matched its program record of 11 wins in a season last week, when they defeated Kansas 61-6. It was the Bears' largest margin of victory this year.

Now, they are turning their attention to the only team to beat them this season: Oklahoma. The Sooners knocked off the Bears 34-31 at McLane Stadium in November. Baylor was ranked No. 12 at the time.

Baylor bounced back in the weeks after with dominant wins over Texas and Kansas to finish the regular season 11-1. The Bears are the first Power Five team to go from 1-11 to 11-1 in only two seasons. In 2017, the Bears finished with a 1-11 record in Rhule's first season with the program.

"It’s not even just the guys who are here now," Rhule said. "It’s all the people, the staff and players along the way that enabled us to get to this point and so I’m very, very grateful for that."

The Sooners are known for their explosive offense, which is ranked atop the conference in yards per game, points per game and explosive plays. They are led by senior transfer quarterback Jalen Hurts, who accounted for more than 400 total yards against the Bears in November.

This weekend, Hurts will be joined by his best receiving threat, wideout Ceedee Lamb, who was held out of the teams' first meeting.

"He's just a great player," said Rhule. "He does a lot with the targets that he gets... We cant have those dynamic catastrophic home run type of plays where he bounces off four guys, and if he does, then we will keep playing. But we have a lot of respect for Ceedee."

That offense will face a Baylor defense led by Big 12 Defensive Player of the Year James Lynch. The senior defensive end is the all-time sacks leader for the Bears and helped Baylor tie the program record for sacks in a season. Baylor has allowed the fewest explosive plays in the Big 12 this season.

The matchup will also feature each of the last two Big 12 Coaches of the Year. Baylor head coach was announced the conference's 2019 Coach of the Year earlier this week, while Oklahoma's Lincoln Riley was named a Co-Coach of the Year winner in 2018 alongside Iowa State's Matt Campbell.

The Sooners have won each of the last four Big 12 Conference Titles, including two under Riley.

The winner will earn an automatic berth in the Sugar Bowl, if they are not selected as one of the four teams in the College Football Playoff.

Pre-game special starts at 10:30 a.m. Watch Chasing the Championship live on 25 ABC as Baylor and OU prepare for kick-off.