Baylor football team walks away with Coach of the Year, Defensive Player of the Year awards 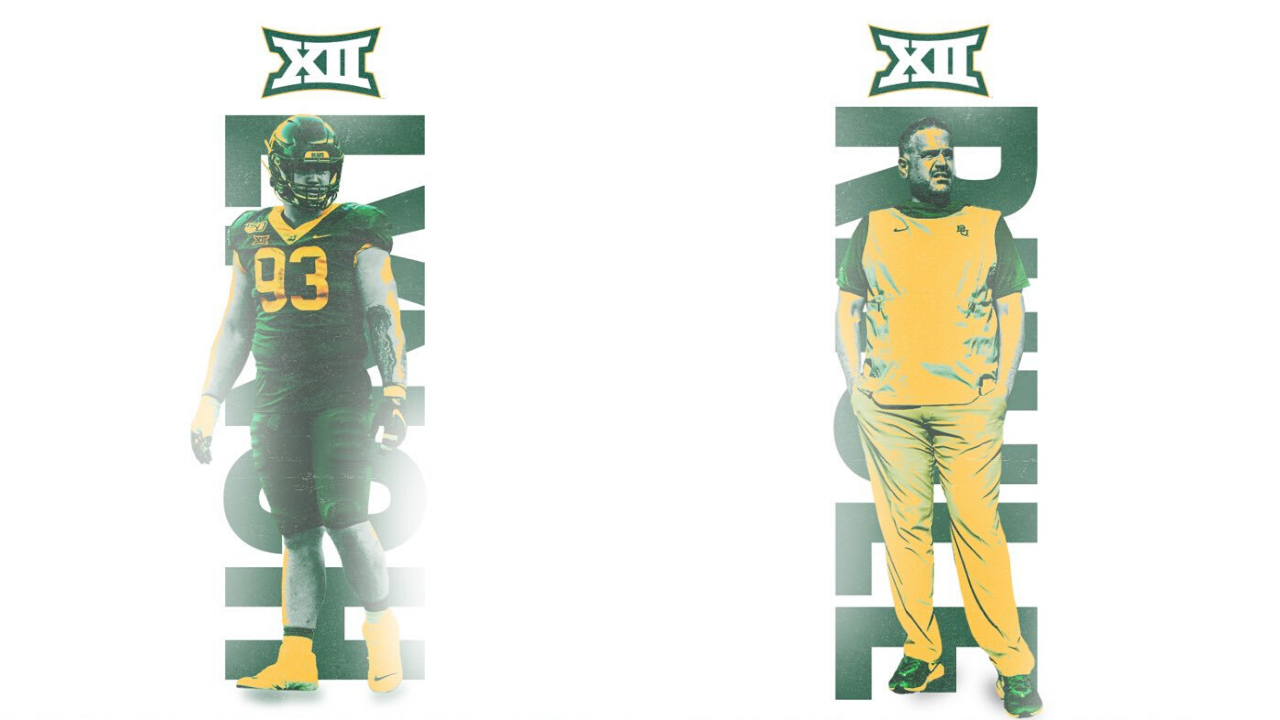 WACO, TX — The Baylor Bears have walked away with the Big 12 Coach of the Year and Big 12 Defensive Player of the Year Awards.

Matt Rhule has been named the 2019 Chuck Neinas Coach of the Year.

Matt Rhule is the 2019 @Big12Conference Chuck Neinas Coach of the Year #SicEm pic.twitter.com/mLnMBeryfh

This comes two years after an 1-11 record.

The #Big12 leader in sacks (10.5) and Baylor’s all-time sack leader, DL James Lynch is the @Big12Conference Defensive Player of the Year AND Defensive Lineman of the Year #SicEm pic.twitter.com/P8K1XcIZud

He lead in the Big 12 in sacks, and is Baylor's all-time sack leader.

The Bears will be well represented in the All-Big 12 First and Second Team.

Six players were selected to the All-Big 12 Second Team. Those players are:

Seven players were selected as honorable mentions. Those players are: