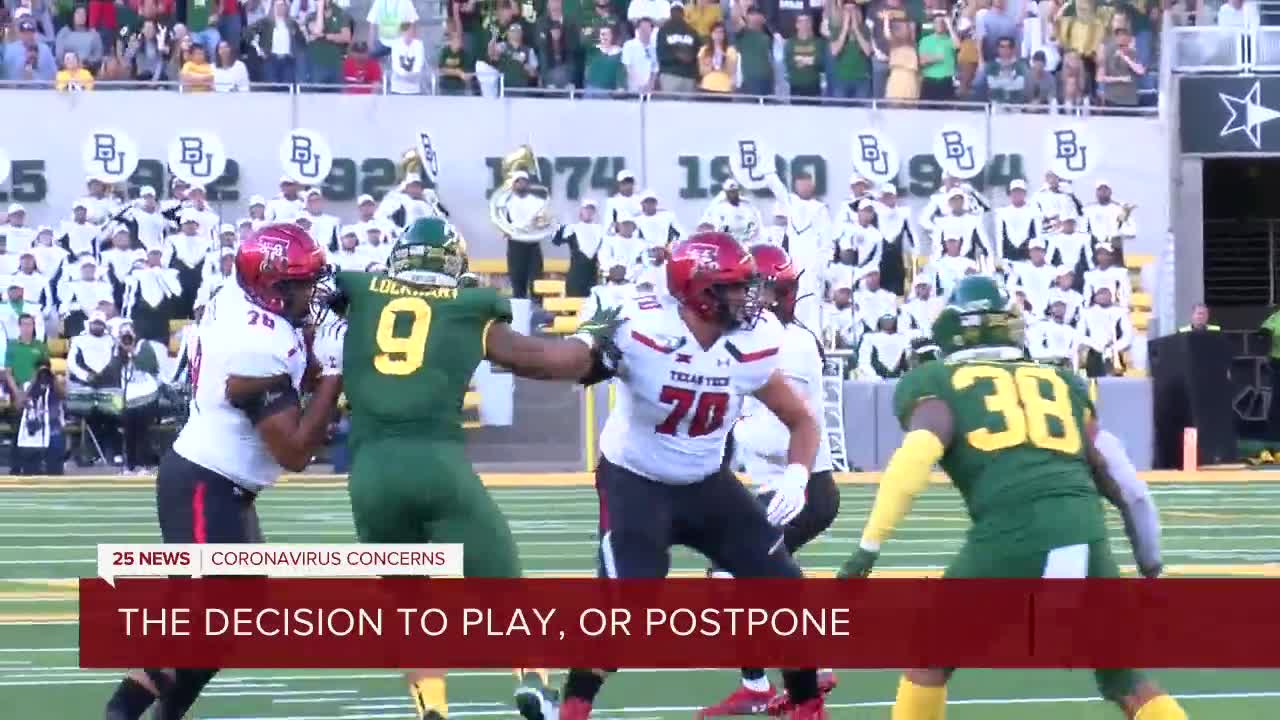 WACO, TX — Baylor released the statement Friday announcing the game postponement with Houston was the result of the Bears not meeting the Big 12 Conference COVID-19 game cancellation thresholds.

The Big 12 Conference COVID-19 thresholds say that in order to be eligible to play, a team must have a minimum of 53 available players, seven offensive lineman, four interior defensive linemen, and one quarterback.

Due to positive tests and contact tracing, Baylor could not meet these thresholds and decided to not compete last weekend.

“We are not mandated to cancel that game. If we fall below one of those numbers for any of those three position groups, we can still choose to play if we feel like its okay in terms of health and safety. Obviously, we didn’t feel like that was the case. By falling below the minimum number of one of those position groups we were putting our student athletes at risk,”said Baylor Athletic Director, Mack Rhoades.

“I felt embarrassed... I look back at what I could have done better right away. I felt like I let guys down. A lot of players down. In looking at the situation moving forward, you just didn’t see the ability... where the numbers were to try to play,” said Baylor Head Coach, Dave Aranda.

Athletic Director Mack Rhoades said Baylor potentially knew there was a problem within a position group on Thursday after the Wednesday test results came in.

According to the guidelines in place, players that are impacted through contact tracing cannot test out of a 14 day quarantine.

“That's the conversation that everybody is having quite frankly. It remains to be seen whether anybody will be able to test out of a 14 day, and as of now, nobody can,”said Rhoades.

“We had a practice yesterday. It was great energy. The meetings were great. Now I’m continually impressed with this team. I wanna be with them on a Saturday on a sideline," said Coach Aranda.

According to the Big 12, high contact sports like volleyball, soccer, and football requires athletes to be tested three times a week. Baylor uses the PCR molecular tests for the first two tests during the week and then rapid antigen diagnostic testing the day before games.

Coach Aranda did say they expect to get five of those players back from the affected position group and six additional players back from non-covid related concerns like injuries in wake of Saturdays game hosting Kansas.