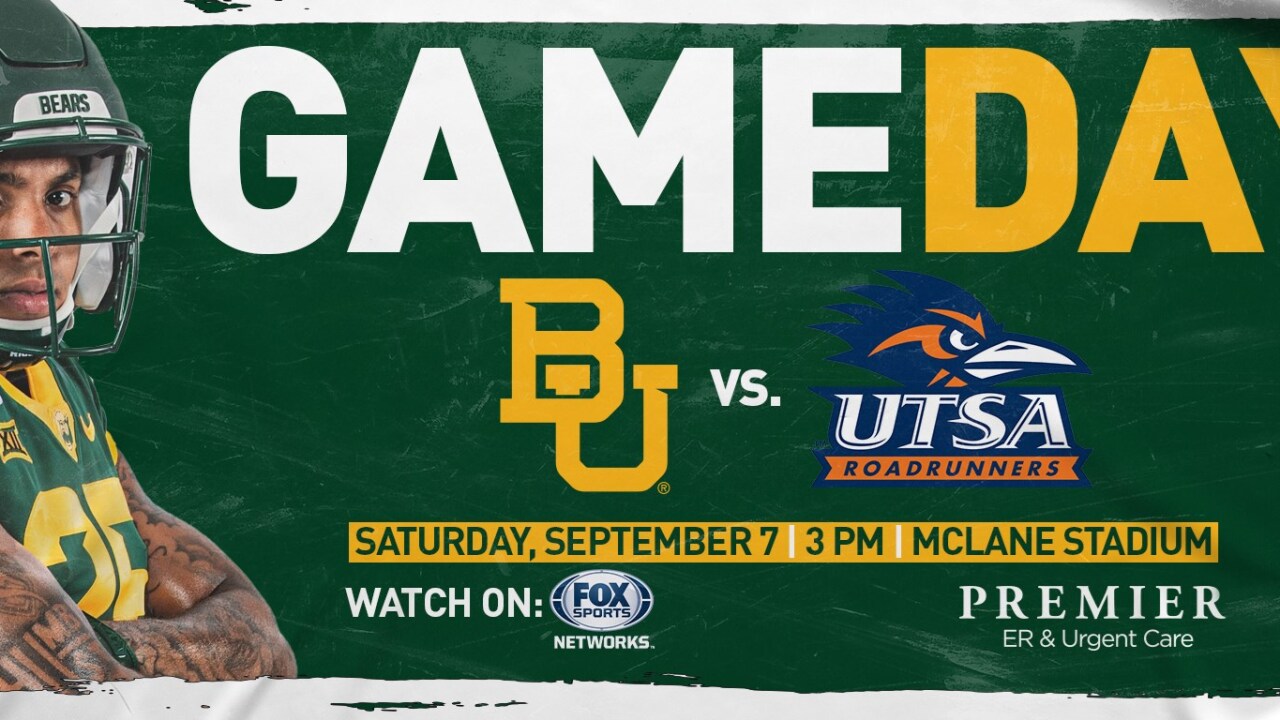 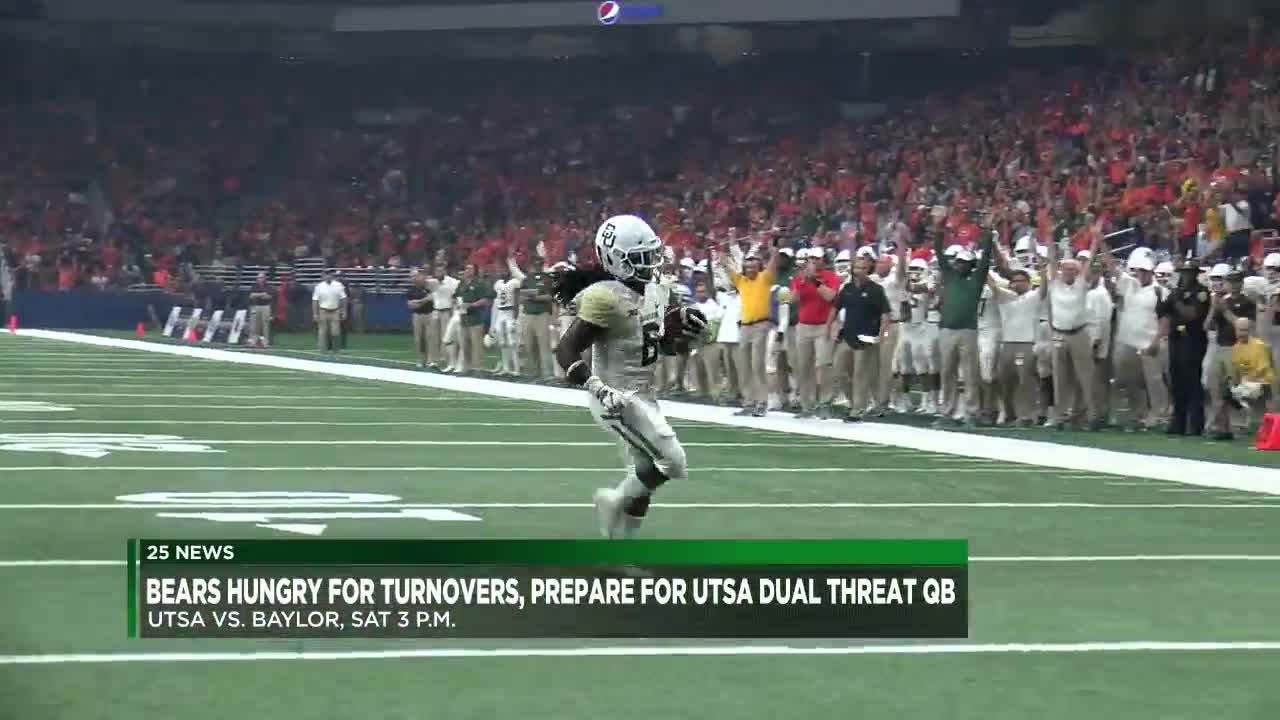 WACO, TX — The Bears are coming off their 56-17 win over Stephen F. Austin. While their win was big, they're making sure their heads aren't because they've got a scrappy team coming to McLane this weekend.

"We just preach to guys who haven't played UTSA, they're a strong team. They're a physical team. They're not a Power 5 team, but you can't look at that.That really doesn't matter," Blake Lynch, Baylor's senior linebacker, said.

This is the third consecutive year that the Bears and Roadrunners have played each other in the preseason.

Each year, the road team has won, but the Bears are hoping to break that streak.

Although Baylor has changed their primary defense to the three man front this year, the way the Roadrunners run might lead the Bears to switch back to four down this weekend.

UTSA's versatile offense is led by dual threat quarterback Frank Harris, but the Bears are ready. They're hungry for turnovers and looking to eat.

"We're gonna have to level rush, keep him in the pocket. He's the guy who's really fast. He's a lefty. We don't really see that many lefties. So, we're really just gonna have to watch him and key on him during the game," Lynch added.

"We've been working in some of our four down stuff knowing that they can go to two tight ends, two full backs and try to overpower us. At the end of the day, they're a tough physical team. They love to run the football. It's part of their ethos. So, we're prepared, whether we stay with some of the nickel stuff or go back to some of our four down stuff to, to know that we're gonna have to try to defend the run. And, I know that it's gonna be a four quarter game," Baylor Head Coach Matt Rhule said.

The Bears and Roadrunners kick off Saturday at 3 p.m.