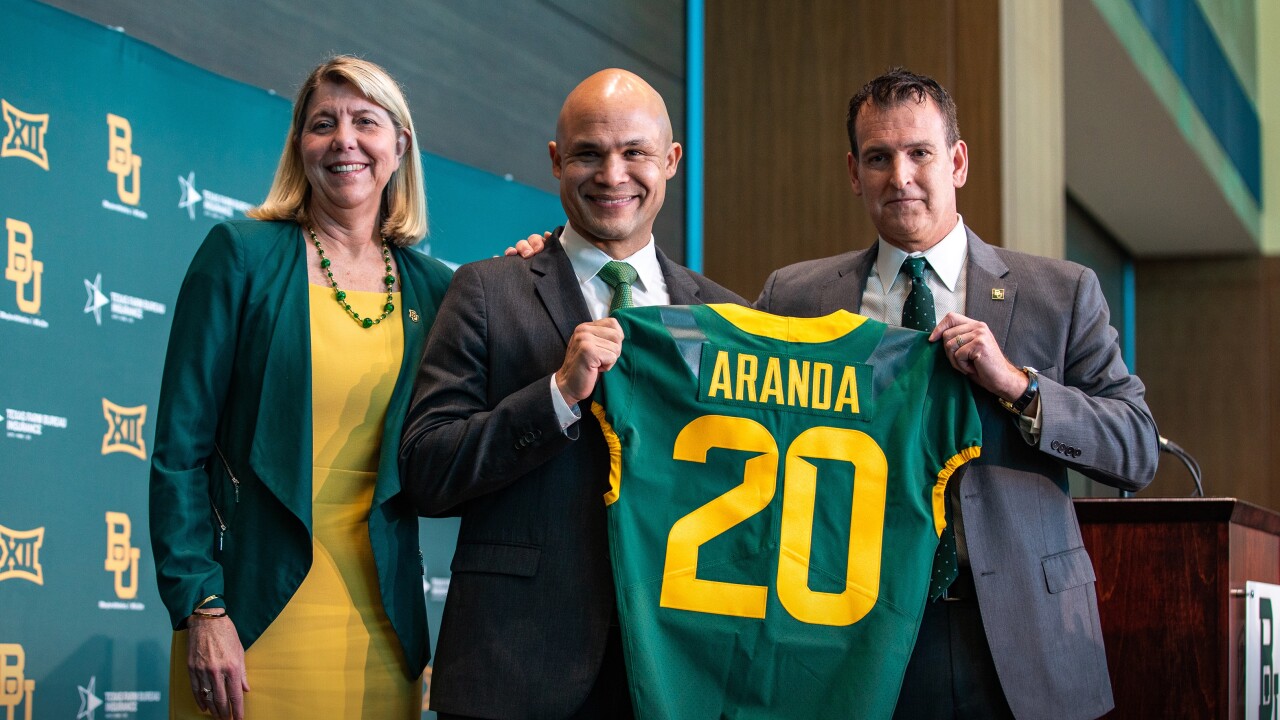 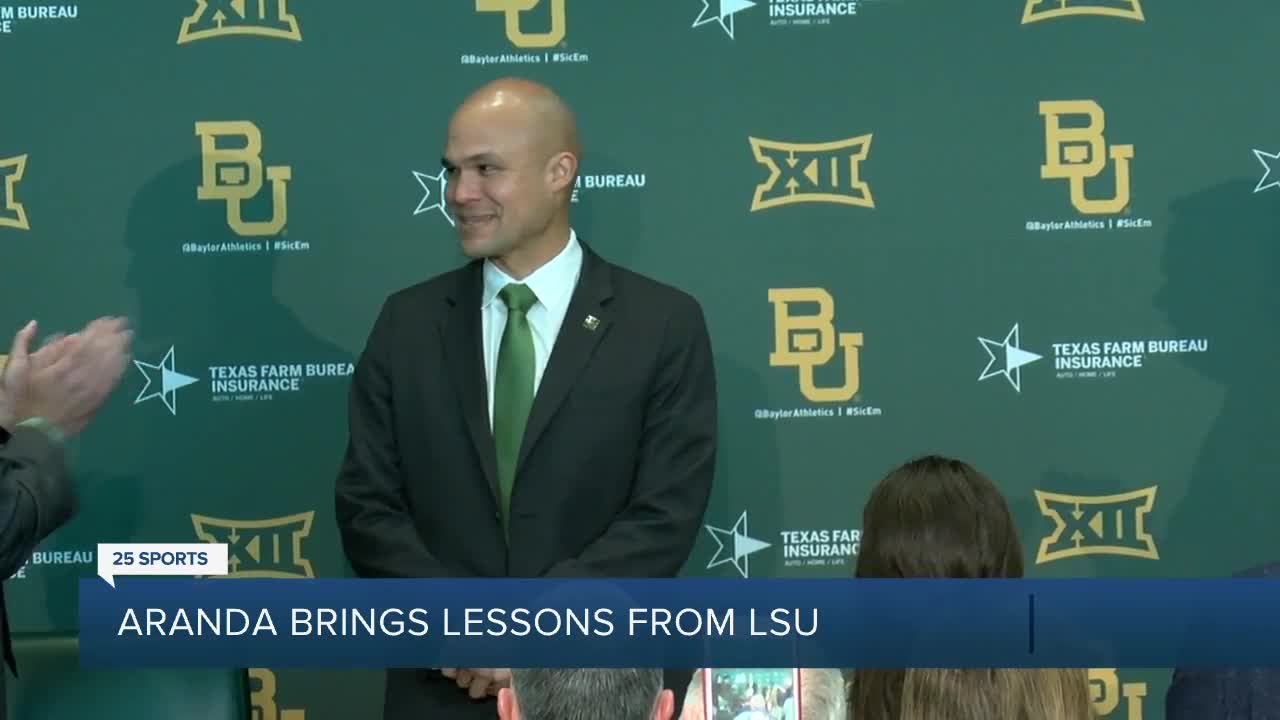 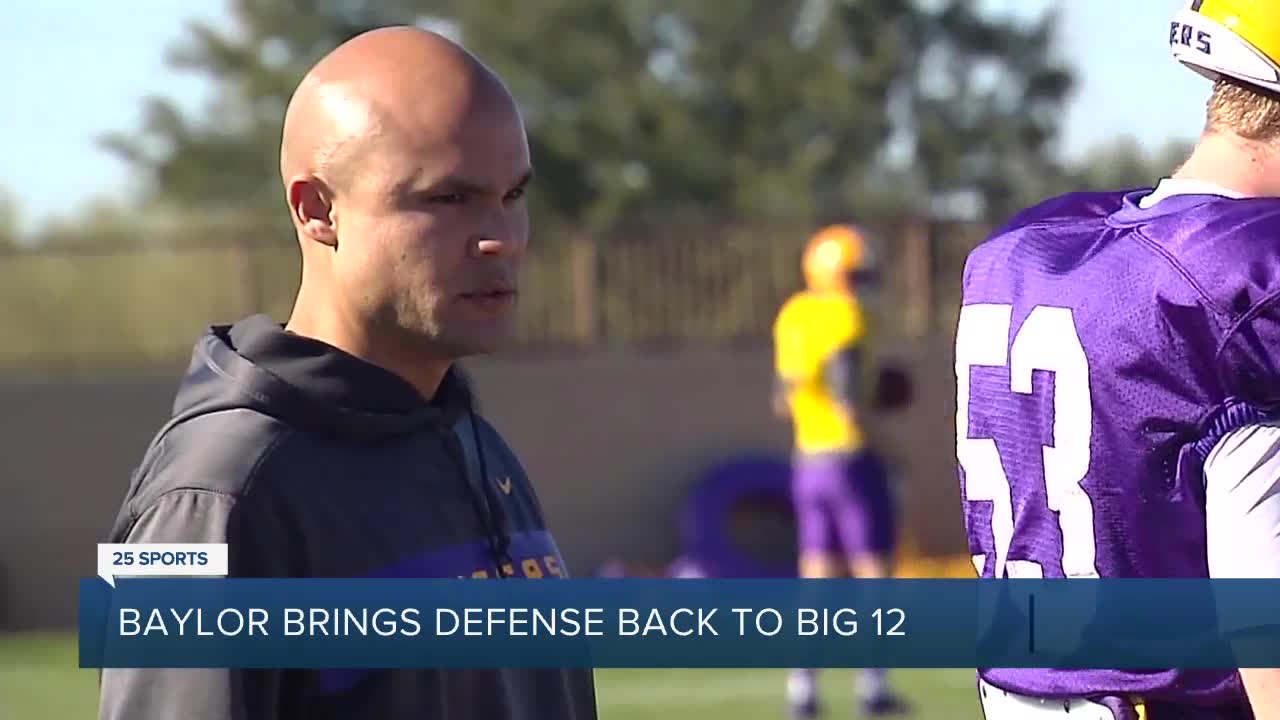 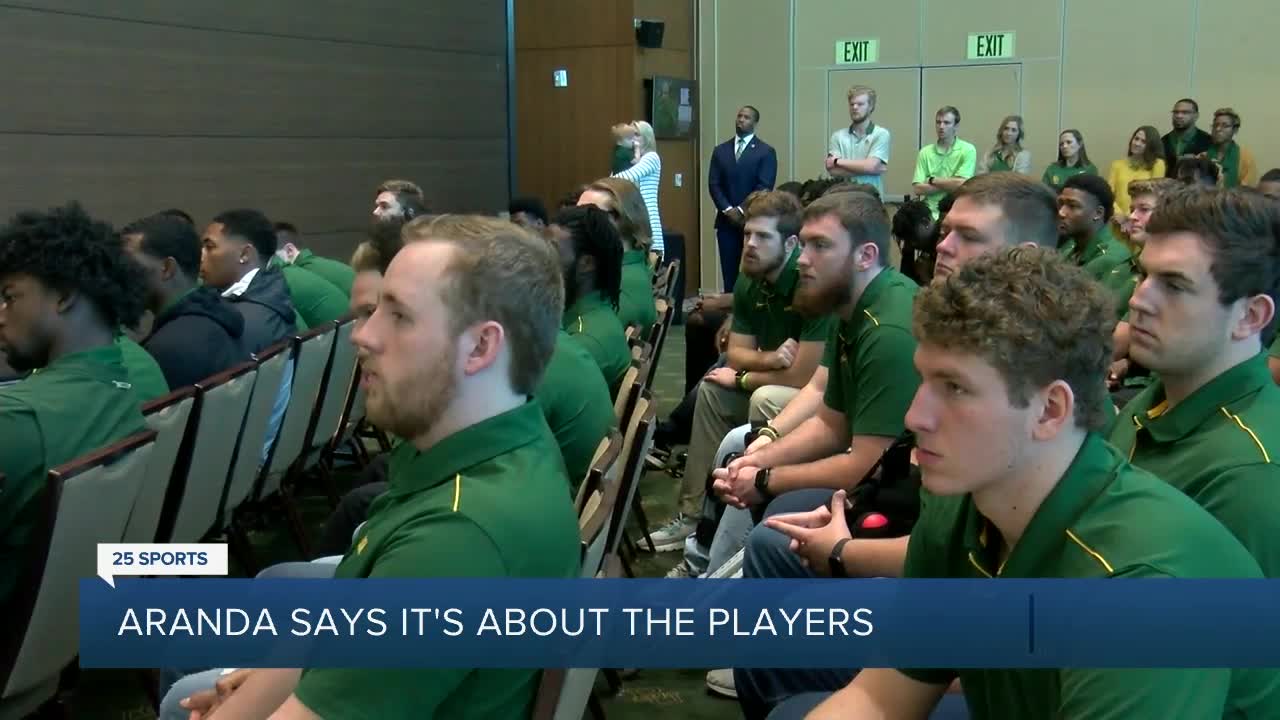 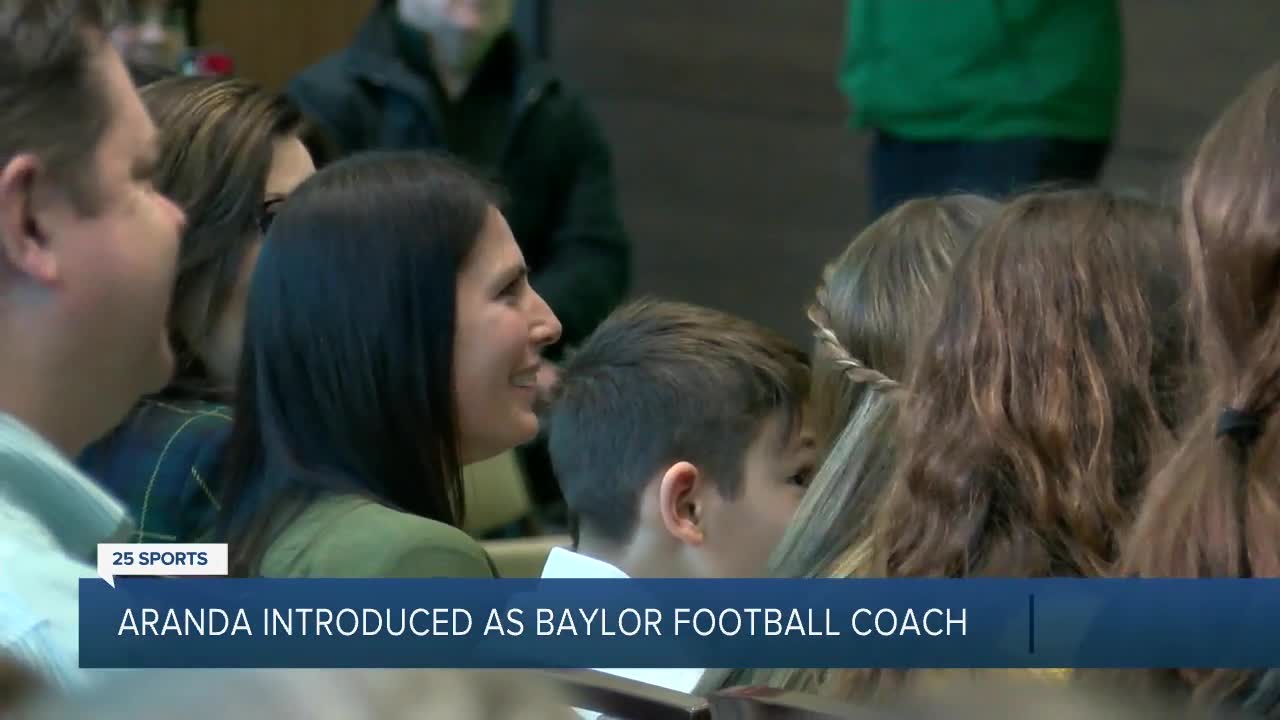 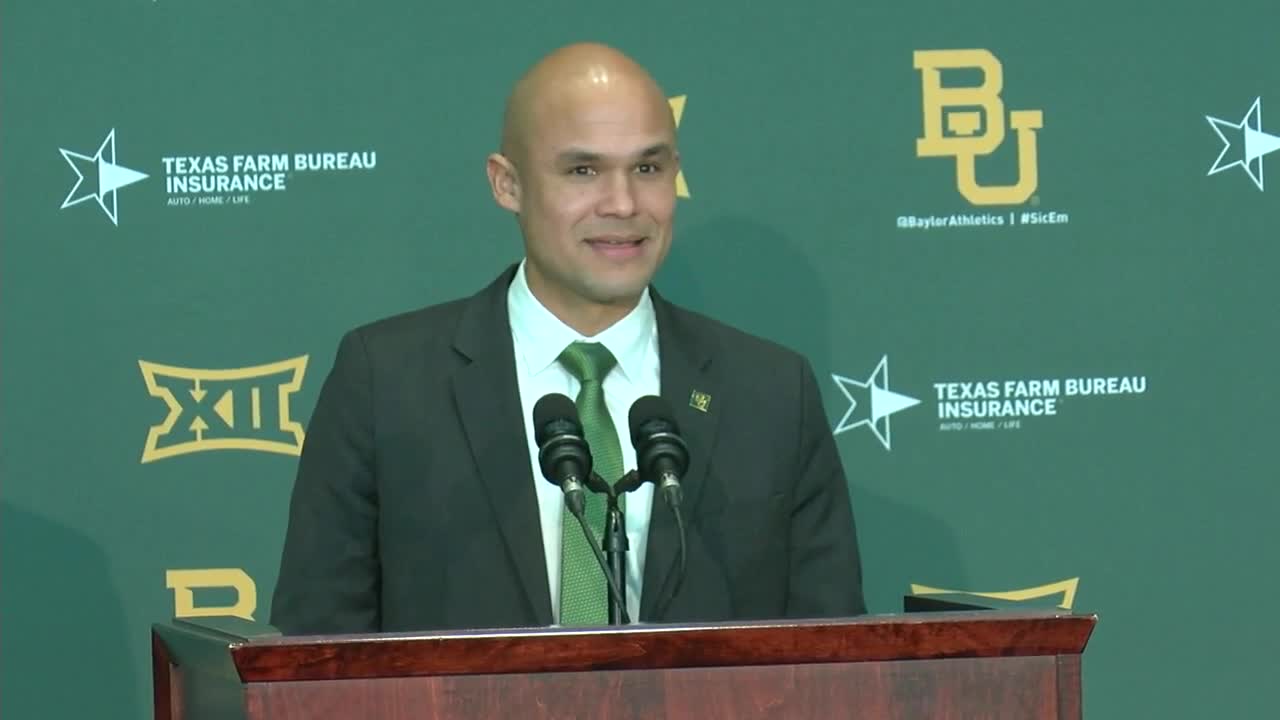 Hundreds of people packed the Baylor Club to welcome Aranda to Baylor, filling even the standing room section of the room.

Aranda comes to Baylor from LSU, where he won a national title as the team's defensive coordinator.

"At the most basic level, I feel like this is home to us," Aranda said during the press conference. "When this job came open... it just felt right."

"I'm excited about taking the next step on the foundation [built by Rhule]," he said.

Aranda comes to Baylor from LSU, where he won a national title as the team's defensive coordinator. The soft-spoken defensive guru said he learned a lot working alongside the Tigers' Head Coach Ed Orgeron, even though the two have distinctly different coaching styles.

"I told [Orgeron] that I had learned more from him than any other coach I had been around," Aranda said. "His story of hardships, learning from those hardships, applying lessons learned, having success and then sharing it with a group of men... there isn't a better story than that, and I'm so blessed to be a part of that."

One thing Aranda mentioned he learned from Coach O was that, ultimately, the game comes down to the players on the field. As a result, he feels as though he has grown into a player's coach.

Players and fans alike were excited by the head coach's arrival.

"It was a pretty smooth transition," junior quarterback Charlie Brewer said. "It was about a week long, so I think it went well. We've got our coach now and I think everyone's excited."

"It's really exciting for a defensive guy. He's put a lot of linebackers in the NFL. He's a great defensive coach. Everybody I've talked to says he's a smart guy, really cerebral. So, being able to learn from Coach Snow, Coach Sirava and then transition to Coach Aranda is gonna be special."

Aranda hopes to continue his defensive success in the offense-heavy Big 12. He said after watching film from the Baylor defense last year, he believes they have what it takes to take the next step and become elite in the Big 12.

"I think that defense in this league is making a comeback and I'd like to be at the forefront of that," Aranda said.

The career move comes at an interesting time for Aranda. This year, he was one of the country's highest-paid assistants, making $2.5 million a year. Aranda had been linked to other jobs in the past, but he turned them down.

That begged the question from some, 'Why Baylor? And why now?' Aranda answered those questions emphatically Monday.

"That was an easy answer for me. I have always wanted to be part of a program that was smart, tough and dependable. And my study of Baylor, that's everyone that's sitting and standing here."

"I'm so excited to be the Head Coach at Baylor," Aranda closed. "I'm excited to be working for you all. This is just the start. Sic-'em Bears."