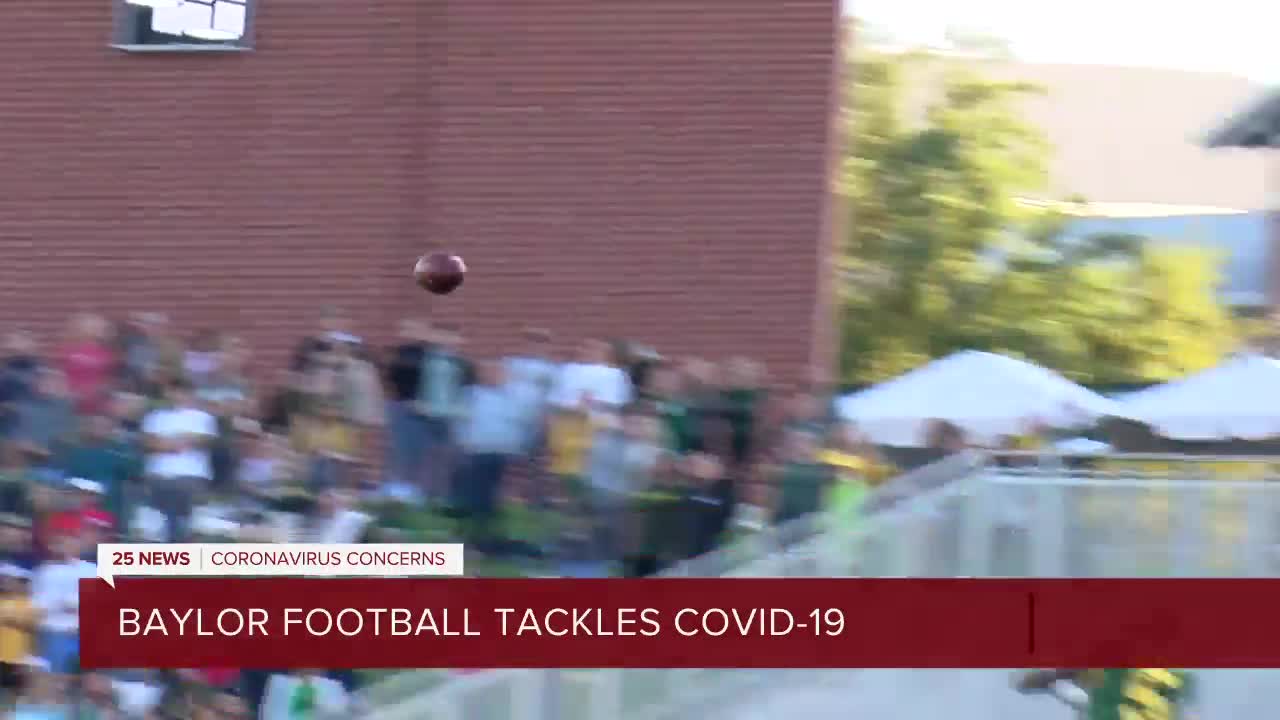 WACO, TX — After the Baylor football team arrived back home following the long battle resulting in a overtime loss to West Virginia, Baylor Athletics suddenly announced they would be suspending all football-related activities.

“As we started to see this happen during that week, and leading into this week, was that we need to respond and make a decision sooner rather than later out of the utmost concern and precaution for the team,“ said Senior Associate Athletic Director for Student-Athlete Health and Wellness, Kenny Boyd.

On Sunday, Baylor then made the announcement that the game with Oklahoma State would be postponed due to “a significant number of positive COVID-19 cases” which caused a position group to fall below the Big 12 minimum threshold for available players.

“Currently in the process of defining basketball, but the fall sports have been defined. Football is 53 total available student-athletes. Of those, seven need to be offensive lineman, four need to be a defensive lineman, and one quarterback,” explained Boyd.

Baylor Athletics released their updated numbers on Monday stating that for all sports, there were a total of 32 active cases. Out of those, 28 were football players along with an additional 14 who were football staff members.

The quarantine period lasts 14 days for both faculty and student-athletes who have tested positive and who are in contact tracing.

“Thankfully that number has drastically decreased, and that gives us a lot of encouragement as we move forward,”said Boyd.

Practice is suspended through October 17. As of right now, the Baylor Bears are looking forward to still playing Texas in Austin on October 24.