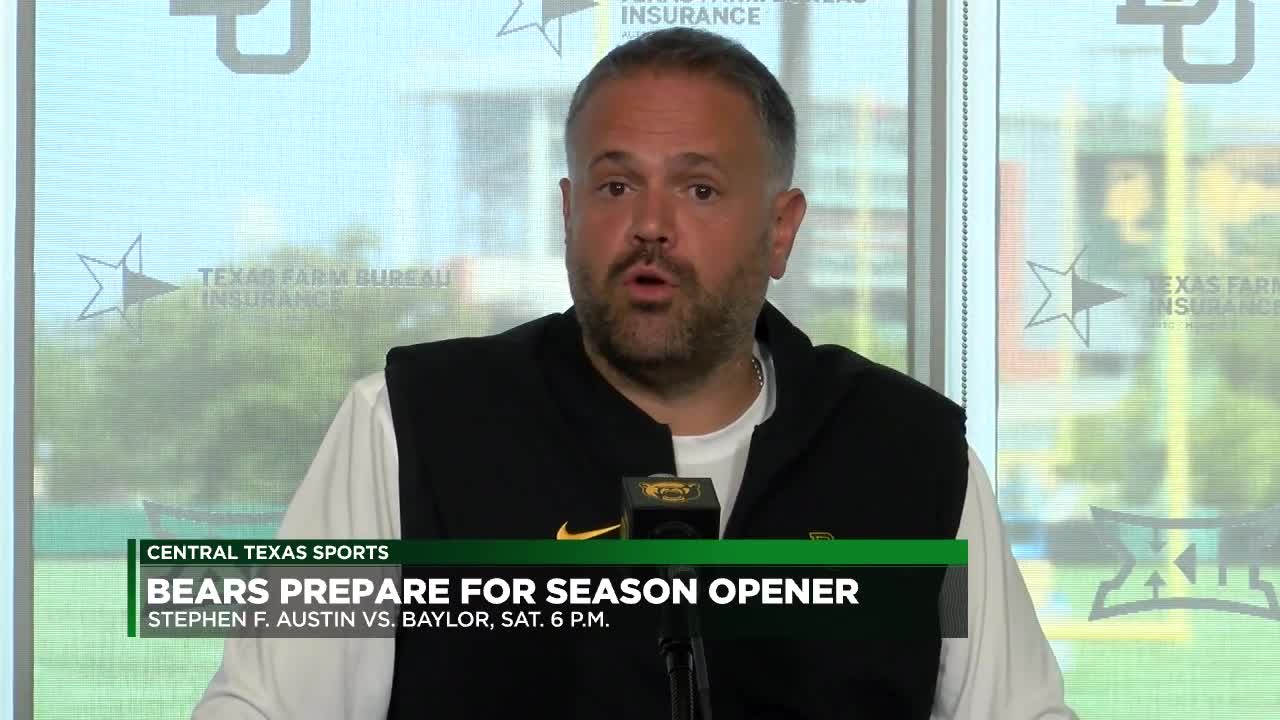 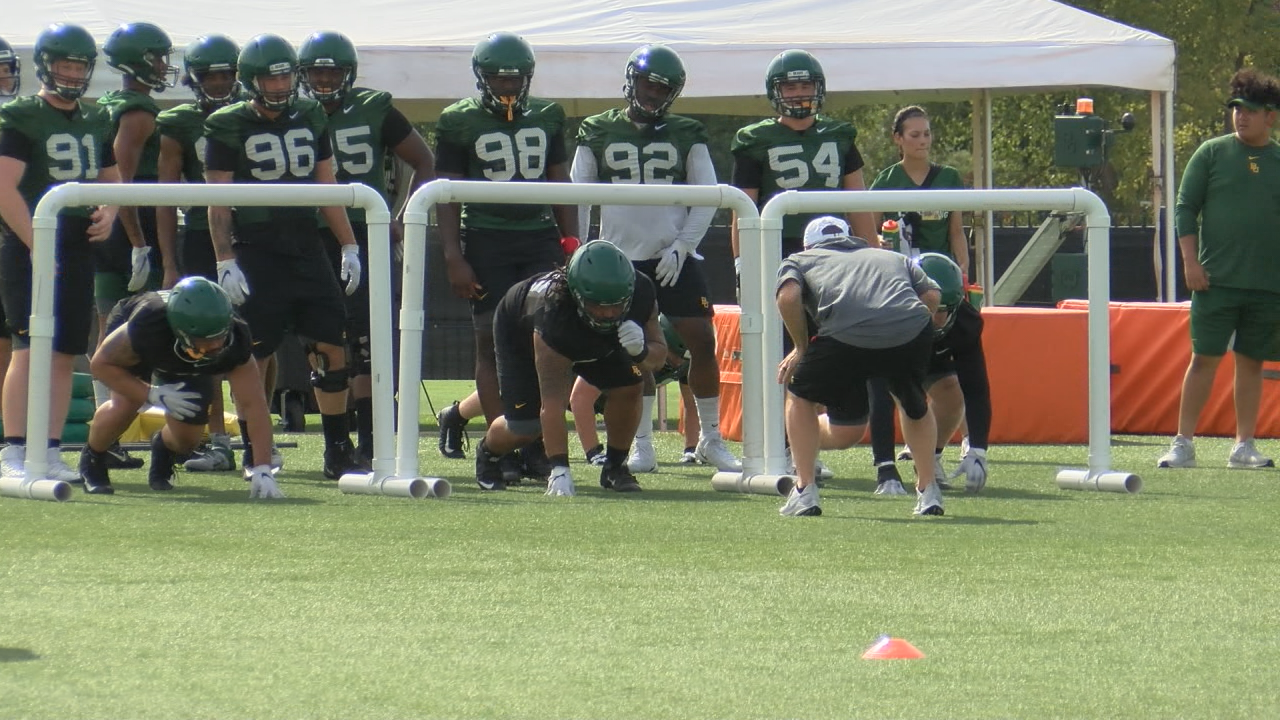 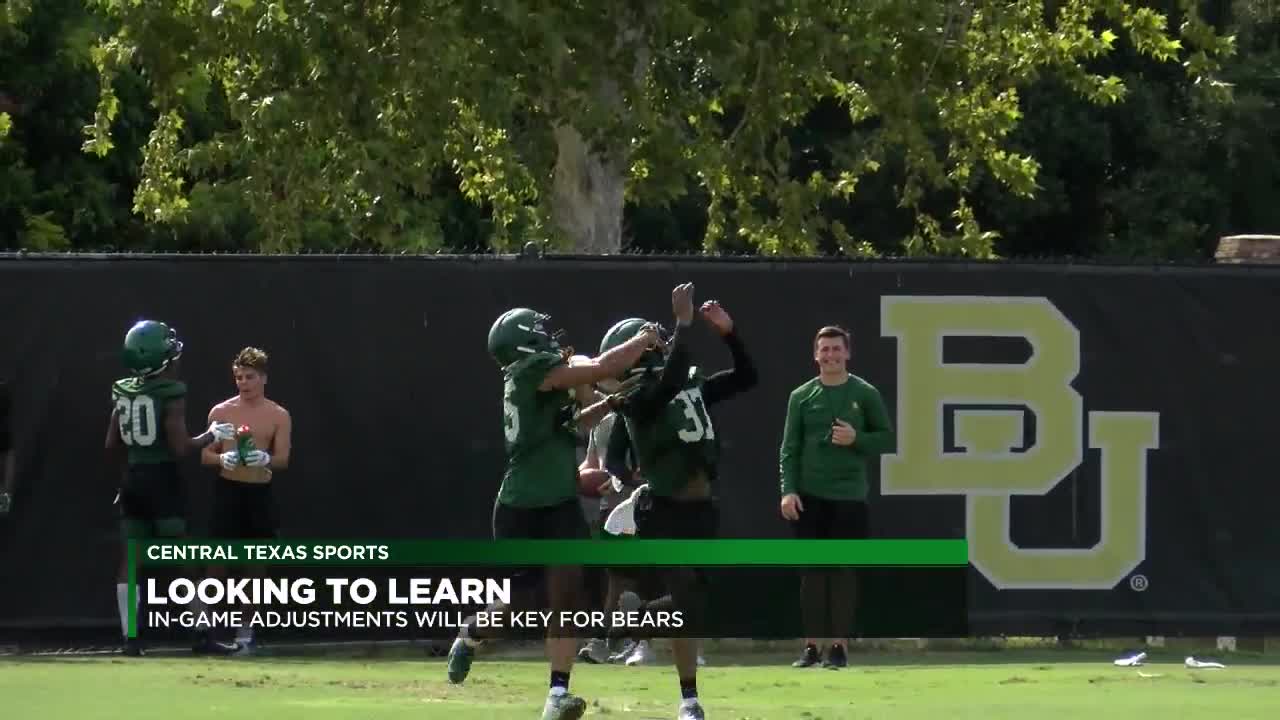 According to Head Coach Matt Rhule, preparing for the Lumberjacks is a difficult process. Over the off-season, SFA hired Texas A&M-Commerce Head Coach Colby Carthel. This is the second straight season Baylor has opened the season against a team in its first season with a new head coach.

"When you are preparing for your first opponent and it's a coaching change, which also happened last year, it's really kind of twice the work," Rhule said. "Like you have to watch SFA to see the personnel and then you have to watch Texas A&M Commerce to see the schemes cause Coach Carthel's one of those guys, who he's a loyal guy and brought his staff with him."

According to Coach Rhule, the Bears will be faced with a team that knows exactly what they're doing and can cause problems on all sides of the ball.

But, Baylor hasn't just been studying SFA and what they'll bring to the game. They have also been looking back at their own games from last season.

Rhule wants to make sure his team has done what they can to fix the situations that gave them fits last year, the different ways teams attacked the Bears' defense and the blitzes that hurt Baylor's offense.

Baylor enters Week One coming off a grueling offseason that saw them try to grow bigger, stronger and faster than they were a season ago.

But, with a new primary defensive formation, the three man front, they are also looking to learn. According to Coach Rhule, the defense has made significant strides in fall camp, plugging some of the holes that opponents took advantage of. The Bears allowed more big plays than any team in the Big XII.

As Baylor turns its attention from fall camp to game week, Rhule says the learning is not over. He said the defense will need to be flexible and willing to adjust while they are on the field, because they realize teams will know how to attack the three-man front.

"Can our guys learn as the game goes on?" Rhule said. "You know, when you start going out and playing the game and the score board and you give up a touchdown or something bad happens, the guys get sad, they go to the sideline, coaches start yelling, players start yelling, you're a bad team. Can we go to the sideline and can we adjust to the things that they're doing? Can we go out there and say hey, here's their key runs. Here's their protection. That's what great teams do."

Kickoff for Saturday's game is at 6 p.m. at McLane Stadium.