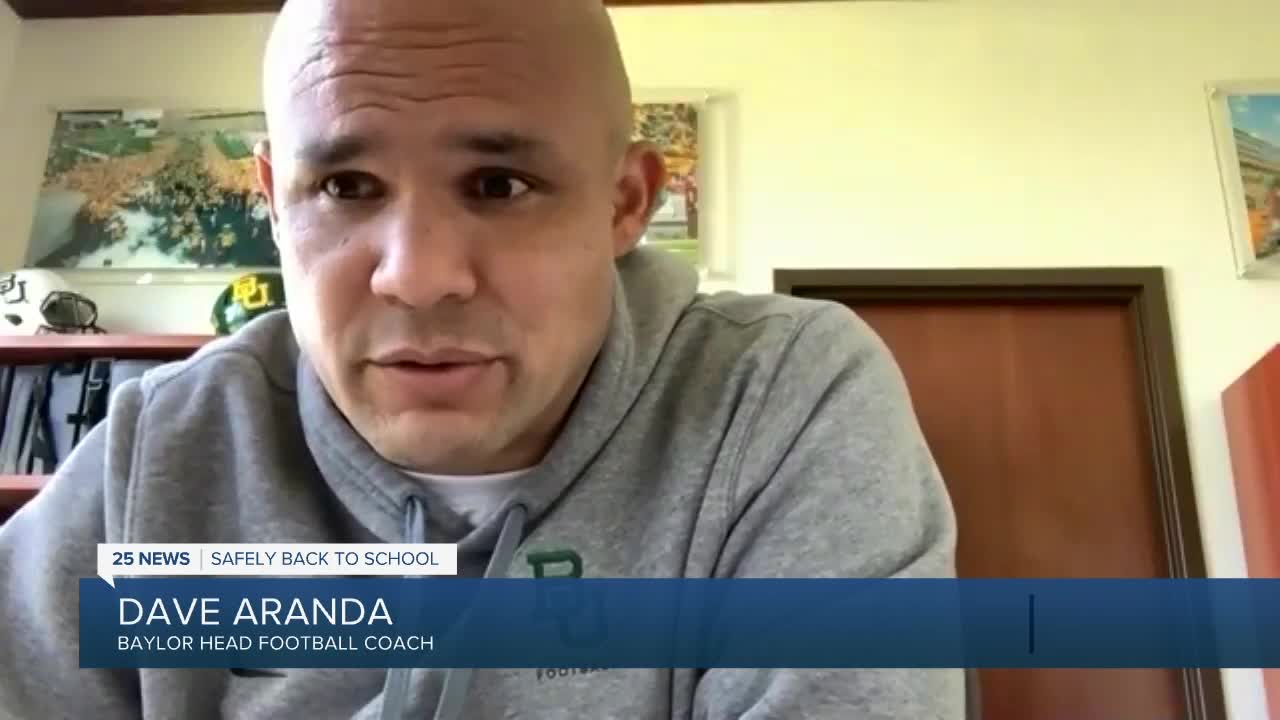 WACO, TX — With the Big 10 and the Pac-12 on one side, and the SEC and the ACC on another, The Big 12 was the final Power 5 Conference to make a decision on football. Let’s just say the Baylor Bears are thrilled.

The pressure was on for the Big 12 to make a decision, either join the SEC and the ACC to have fall sports or cancel football and hope for the best in the spring of 2021.

“I feel good about where we are simply because we have good practices in place, and I think the other thing is, during the preseason camp is about as close to a bubble as you’re going to get with college students,” said Big 12 Commissioner Bob Bowlsby.

Last night news leaked that the Big 12 was on board for football to compete in the fall, and Big 12 Commissioner Bob Bowlsby made the official announcement this morning.

"When it became evident and news started to leak out last night during meetings and you could just see the joy on our players faces. Everyone was smiling. Guys were excited. You could see it. There was a weight lifted off their shoulders," said the first-year head coach.

Baylor Football, conference officials, and fans aren’t the only ones excited. Game day personnel can’t wait to be back at McLane Stadium and feel the excitement of football Saturdays .

“It certainly is a relief for all of our staff to be able to come back and work the games, work the events. Some people do it because they need the job, but a lot of them, most of them probably, do it because they are Baylor supporters so they are excited to get started as well,” said Director of Operations of Rhino Waco, Andrew Ward.

Following the announcement, the Big 12 released their conference schedule, and the first conference games will kick off September 26.

A lot can happen between now and September, but as of Wednesday, Baylor is set to kick off their season on September 12 in a non-conference match-up, which is yet to be determined.