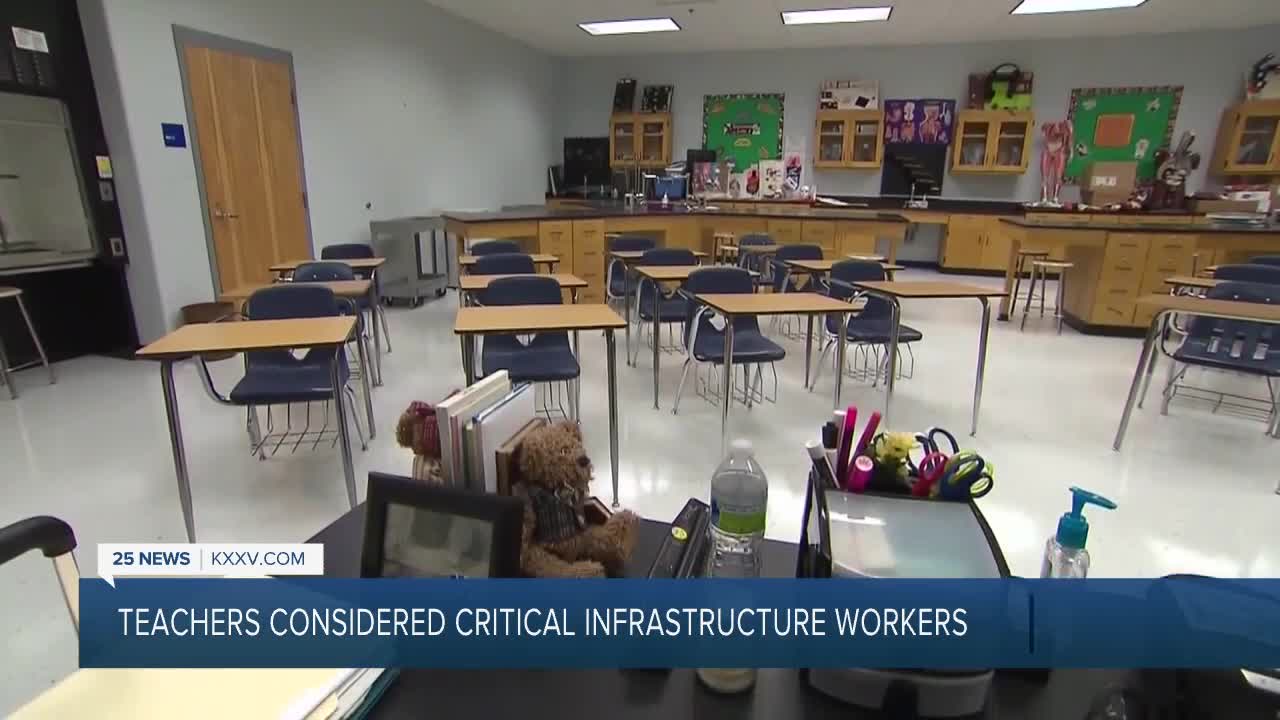 After 17 years of teaching, Rick Beaulé has been through a lot, but nothing quite like this.

“As a person with comorbidity... it's petrifying,” said the music teacher and president of the Killeen Educators Association.

President Donald Trump has declared teachers to be critical infrastructure workers. This label could give states the green light to exempt teachers from quarantine even after being exposed to COVID-19 as long as they remain asymptomatic.

“There have been resignations. There have been people that have quit. That number is going to get higher, because there is a limit to the amount of gaslighting and guilt tripping and bullying that you can do before someone decides that its just not worth it,”said Beaulé.

New health guidance issued to schools says that exposed teachers must quarantine for 14 days, even if they get a negative test. States like Tennessee and Georgia have already stated that they may keep teachers in the classroom that do not show symptoms in an effort to not stretch school districts thin.

“There are cases that are occurring even before the kids have arrived. There have been multiple campuses that have had to send out an email that says that an employee on your campus has tested positive,” said Beaulé.

Teachers like Beaulé know that all it takes is one student for a whole classroom to be infected. The CDC states, “children who are infected with COVID-19 are more likely to be asymptomatic and less likely to experience severe disease. They are capable of transmitting to both children and adults.”

“Everything from chicken pox to Ebola are asymptomatic before you show symptoms, and at that point you are still spreading virus and are a carrier, and you can spread it to others. So what they are literally saying is that we don’t care that you are a carrier, get in there anyway” said Beaulé.

In the states that have declared teachers as critical infrastructure workers, the decision will be given to individual districts on whether to exempt teachers from quarantine if they are asymptomatic.

Other professions who fall under the critical infrastructure worker category include nurses, police officers and meat packers.