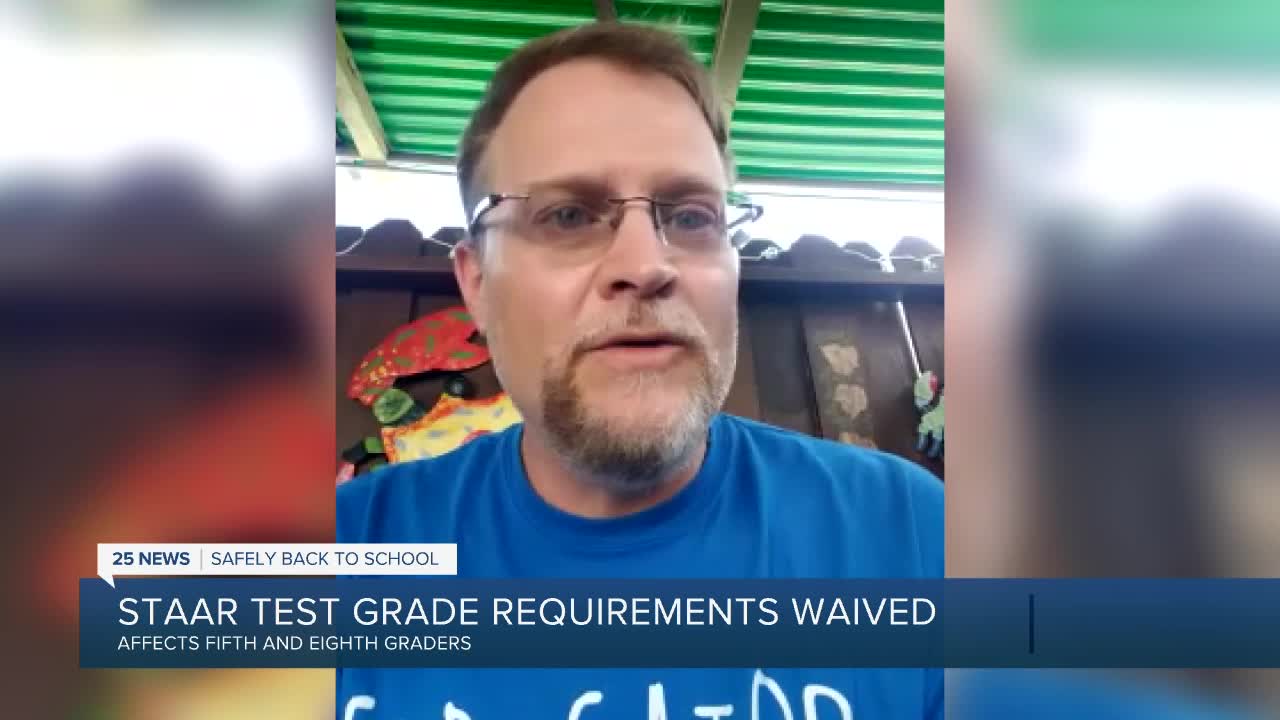 On Monday, Governor Greg Abbott waived the grade promotion requirement for the State of Texas Assessments of Academic Readiness, otherwise known as the STAAR test, for grades 5 and 8.

In years past, the score a student made on the STAAR test determined whether a student could advance on to the next grade.

As of yesterday, that rule wont apply to this upcoming school year.

“It does allow those kids in fifth and eighth grade to be able to be able to focus more on the learning. It really doesn’t do much for those in fourth and seventh grade and third and six grade, because they still have to prepare for the testing years where they are going to test,” said Rick Beaule', President of Killeen Educators Association.

The decision came about due to the uncertainty of school districts working through virtual and in-person instruction plans and also the chance that some schools might have to briefly close down for periods of time with the current health crisis.

”Clearly that was not what we were looking for that test to be waived, for the accountability system to be waived in light of this pandemic so that we could really focus on the social and emotional needs of our kids while we are continuing to educate them," said Waco ISD Superintendent, Dr. Susan Kincannon.

“Fifth and eighth grades test like that for the districts to prove they are following the TEA protocols, the requirements of TEA, and their funding is tied to it. That’s where the whole letter grade accountability system comes from and its all based on the money. The STAAR test in Texas is a 700 million dollar a year industry,” said Rick Beaule'.

Governor Abbott issued the statement stating, "this will be a uniquely challenging school year, therefore, this year is about providing students every opportunity to overcome the disruptions caused by COVID-19."

”The SSI, the Student Success Initiative promotion requirements provided two additional opportunities for students to pass the exams since they are required to be promoted, so students wont be taking multiple exams if they don’t pass on the first try, so that was the change,” said Dr. Susan Kincannon.

The STAAR test and all other exams will still be administered at the end of the school year, but its purpose this year will be for parents to see how well their student has taken to the grade level knowledge.

While the grade promotion requirement for the STAAR test has been waived this next school year, the traditional A-F grading scale will still remain in effect.