Groesbeck ISD opens doors for in-person learning to students only 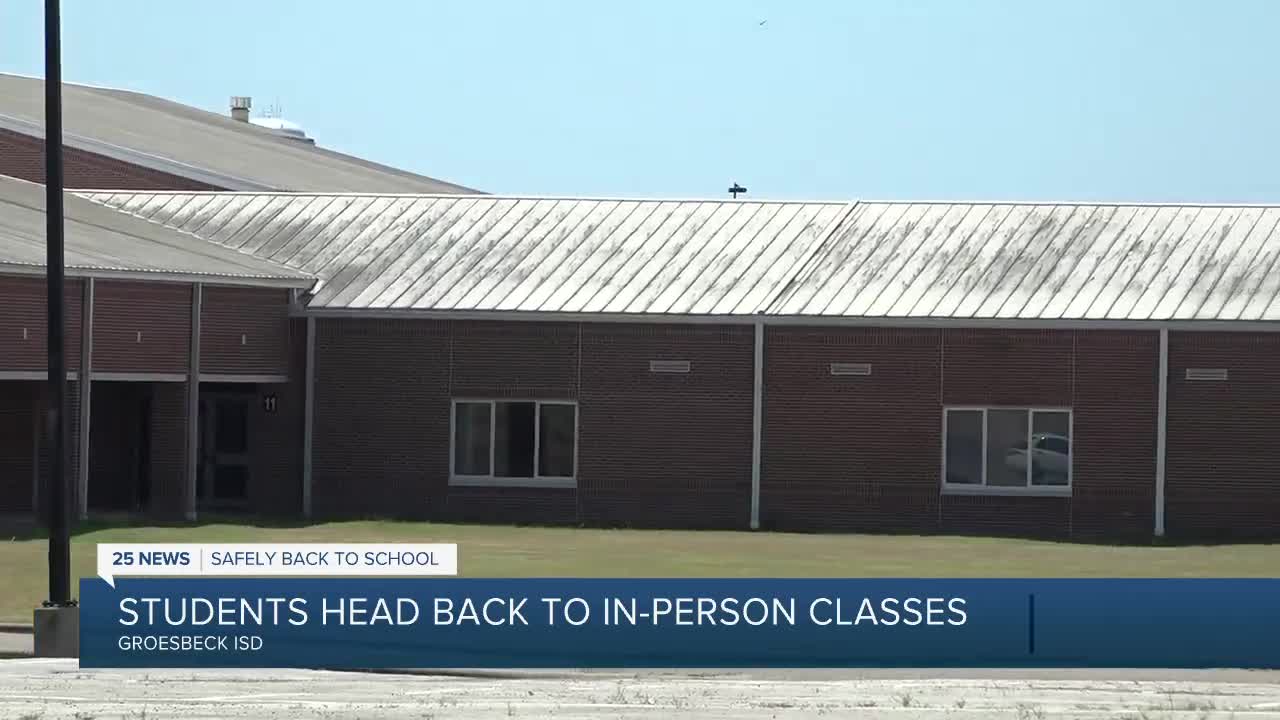 GROESBECK, TX — School bells have begun to ring again in Limestone County as the Groesbeck Independent School District opened its doors Wednesday for the 2020-2021 school year.

But while the district opened its doors to teachers and students, it kept them closed to everyone else.

Groesbeck ISD became one of first school district in Central Texas to begin the school year under strict new guidelines. By most accounts, some fairly complicated procedures went off without a hitch.

”As far as cleanliness, we weren't able to go into the schools to be able to see what was going on, you know, and they're trying to minimize what's going into the schools,” said Ashley Stanfield, who has two children in Groesbeck ISD schools.

We found the same thing, along with a complicated almost-touchless process for checking a student out of class, filling out a form, placing your used pen in a bin, and talking to a camera.

A letter from Superintendent James Cowley explained how the district does not allow non-school persons on campus, and pointed us to the district website for information.

As it happens, we found a teacher who taught us all we needed to know.

”It's been the best first day I've ever been to and I've taught school for 45 years,” said substitute Pat Adams, who called it a very smooth first day, describing everything in the schools, as "spic-n-span."

”They have a desk set up in my room, and I guess they have it in every room, with water and paper towels, you can wash your hands... with a spray bottle and have the other, the sanitizer as well,” she explained.

As for students, she called them ready to learn but needing some reminders.

”They're good, they're good. They're wanting to take those masks off, under their nose a little bit and you have to remind them,” she said.

So in the schools' masked-up, lemon-fresh, cleaner-than-hospital halls, the Groesbeck Independent School District believes it can move ahead with learning safely as it works to keep the coronavirus outside it's washed-down walls.

”I feel confident that the teachers and the staff of the schools here in Groesbeck are gonna do the very best that they can to make sure our kids are safe,” said Stanfield.

The district obviously hopes its procedures will keep keep COVID-19 out of the classroom, but the proof on that won’t come for a few weeks. By then we’ll know whether they kept COVID-19 out or unknowingly brought it in.