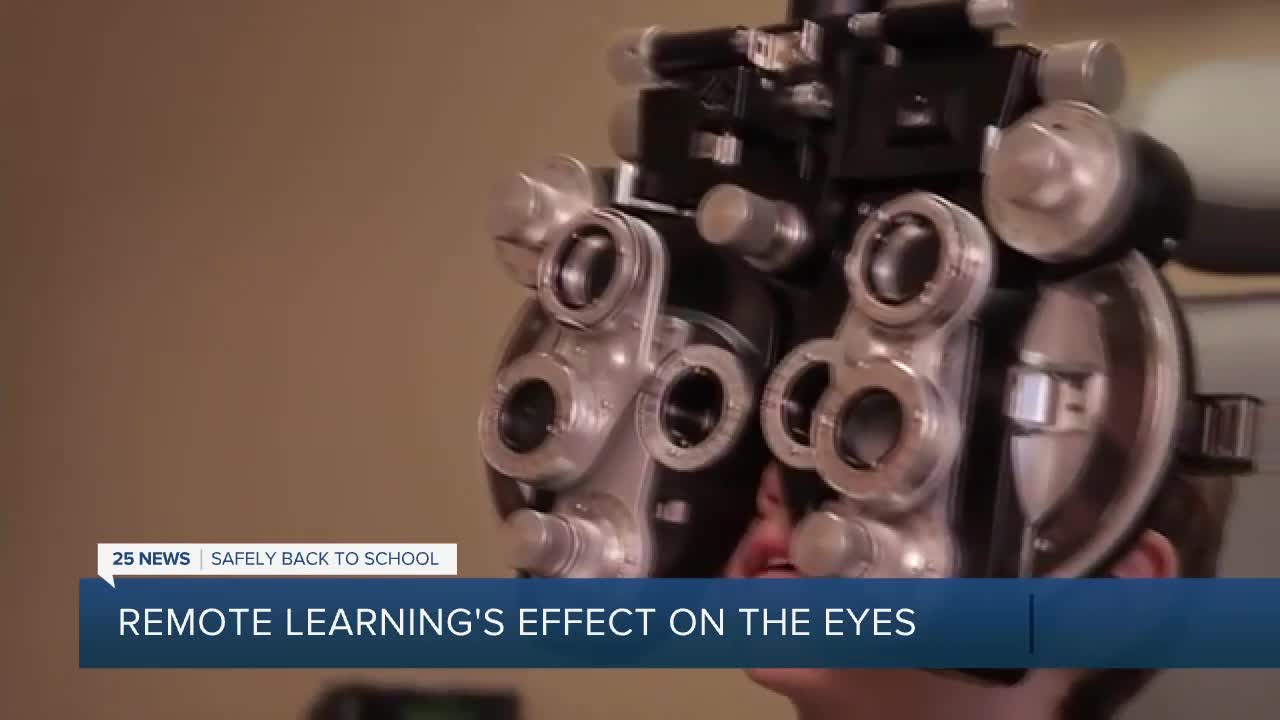 With remote learning an option for students this upcoming school year, eye doctors say screen time is not showing any negative effects on kid's vision.

Children have been in front of screens now more so than ever due to remote learning, but eye doctors say computers and tablets are not giving children poor vision.

“There is nothing emanating from the screen that's going to fry your retinas or cause you to go blind. It's more an issue of staring at one particular focal point for a long period of time,” said Dr. Bill Riggs, an ophthalmologist at Texas Regional Eye Center.

While extended screen time has no long term affects, Dr. Riggs says vision will potentially go blurry when on a computer or tablet.

“Staring at something for a long period of time will often time give you blurry vision. Usually it's temporary. It’s either due to the fact that your cornea is dehydrated from the lack of blinking frequently then focusing in one spot and cause your focusing muscles to almost be paralyzed.”

Doctors recommend artificial eye drops to keep eyes hydrated during screen time or following the rule of 20s, which will allow your eye muscles to rest.

“So we talk about the rule of 20s where you take a break every 20 minutes, stare at something 20 feet away for 20 seconds and that will allow their focusing muscles to relax so they don’t get kind of stuck in that position,” Dr. Riggs said.

Virtual learning and increased screen time due to the pandemic have been too short for doctors to see an impact of kids needing glasses.

“There may be things we learn down the road that we haven’t learned yet, but at this point I really haven’t seen any big uptick in pediatric populations having any need for glasses that has increased over the past years,” said Dr. Riggs.

Doctors say parents should not be concerned if their child experiences blurry vision after screen time, but if their vision worsens to contact an eye doctor for an exam.

The Texas Regional Eye Center says that for other remedies, blue light glasses may help remote learners avoid eye fatigue while looking at a screen.