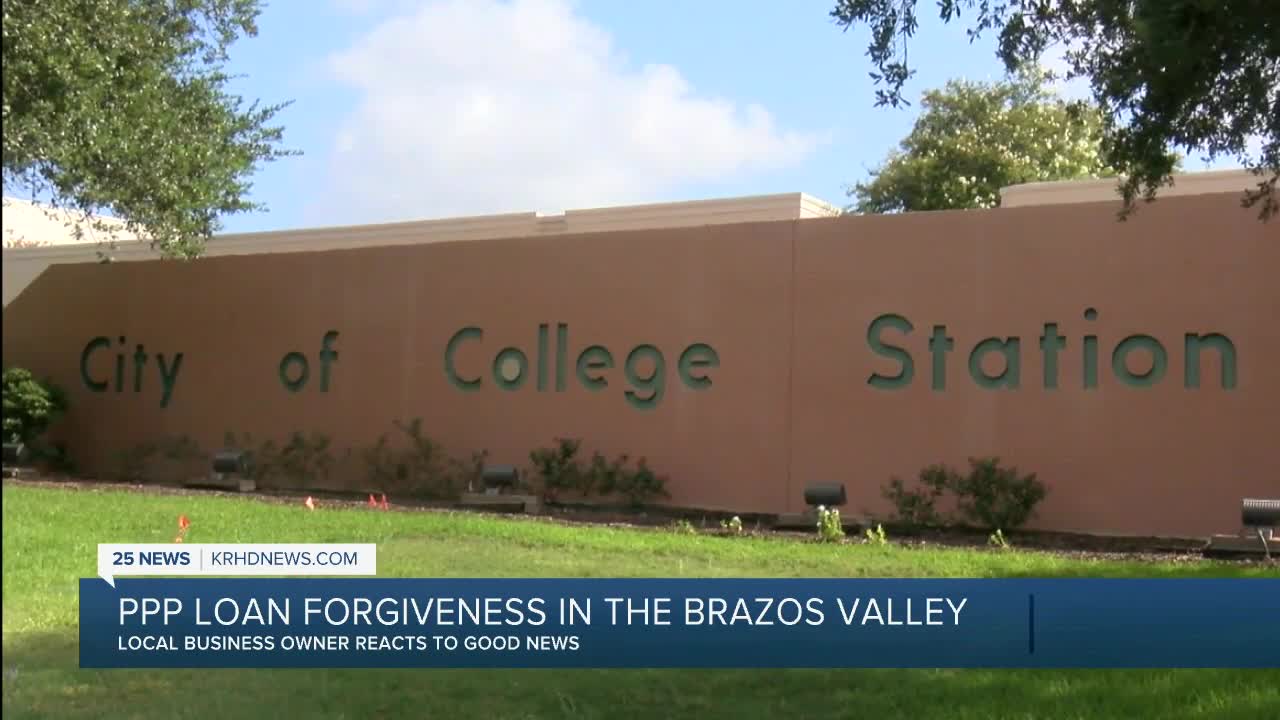 COLLEGE STATION, TEXAS — The Paycheck Protection Program loans were authorized under the CARES Act in the spring of this year in an effort to keep workers on payroll. The program has undergone changes over time, but one thing has remained the same is the potential for them to be forgiven.

According to the Small Business Administration, $525 billion dollars were distributed nationally to a little over 5 million businesses, with an average of just over $100,000 dollars per loan.

Dennis Jansen, economist and director of The Private Enterprise Research Center at Texas A&M University says in College Station alone there were 1,306 loans that were less than $150,000 dollars.

"There were also only 178 loans that were greater than $150,000. I can only give you a range, but there was something like 60-160 million dollars lent to those 178 businesses. Those 178 business received more money than the 1,300 businesses that took out those small loans," Jansen said.

One of those 1,300 businesses is locally-owned Legacy Ace Hardware in College Station. Store owner Randy Scott says he submitted the paperwork Thursday and says he is waiting to hear back.

"As of yesterday, I put in the paperwork for my loan to be forgiven. We are more than qualified for forgiveness because we not only kept all of our employees. We also added 4," Scott said.

According to the Small Business Administration, the loan will be fully forgiven if the funds are used for payroll, rent and/or utilities.

"The money had to be spent within a 24 week period, and it was 8 weeks for the earlier loans. If a business could qualify for this, then the loan would actually be forgiven and it then turns into a grant," Jansen said.

Scott says he has 29 employees, including nearly 15 full-timers. He says during this time, his businesses levels have increased.

"When everyone else was closed and couldn't find a gift anywhere, they would come in here and get a gift. They were doing projects around their home. They were in their garden. So actually our business levels are up," Scott added.

Scott says the PPP has saved him a lot of sleepless nights as a business owner.

"There are people here that are full time. They need this job. It's what they do for a living. It's nice to be able to keep them and keep their benefits going and stay open for our customers," Scott added.

Jansen says the deadline to file for forgiveness is October 31. As of late September, nationally only 100,000 forgiveness applications of PPP loans were submitted, which is only 2% of the total PPP loans.