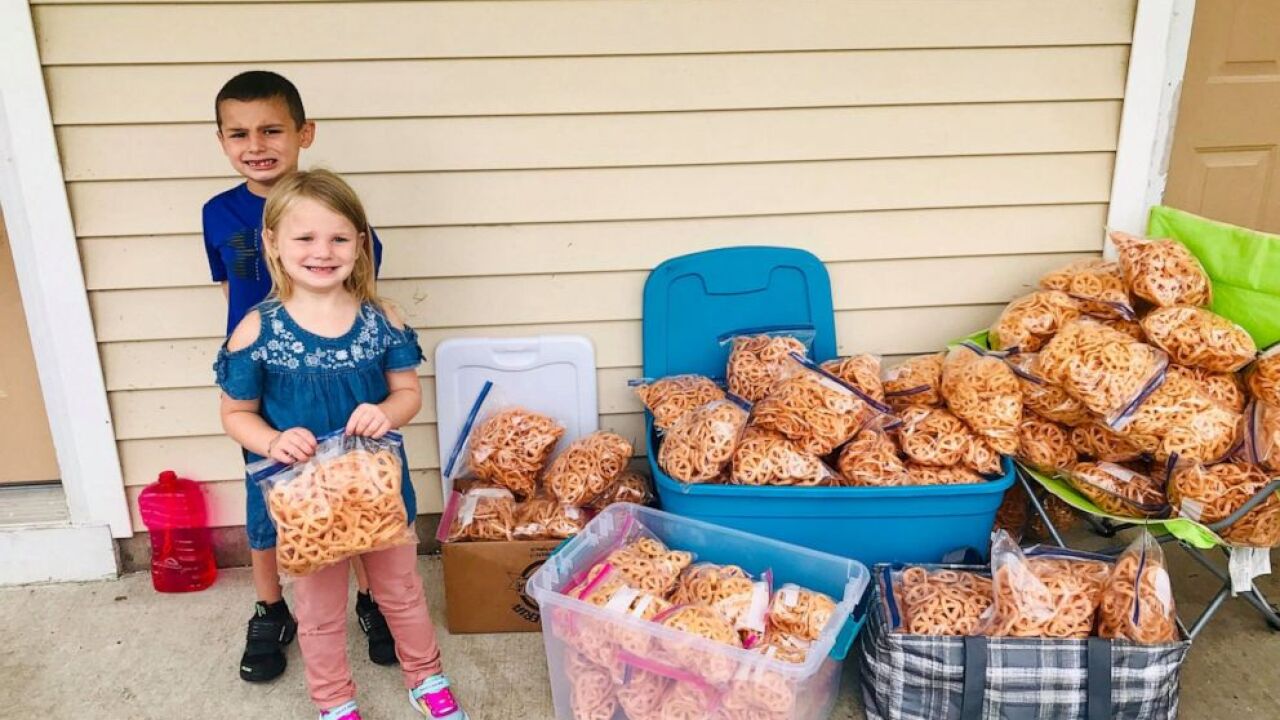 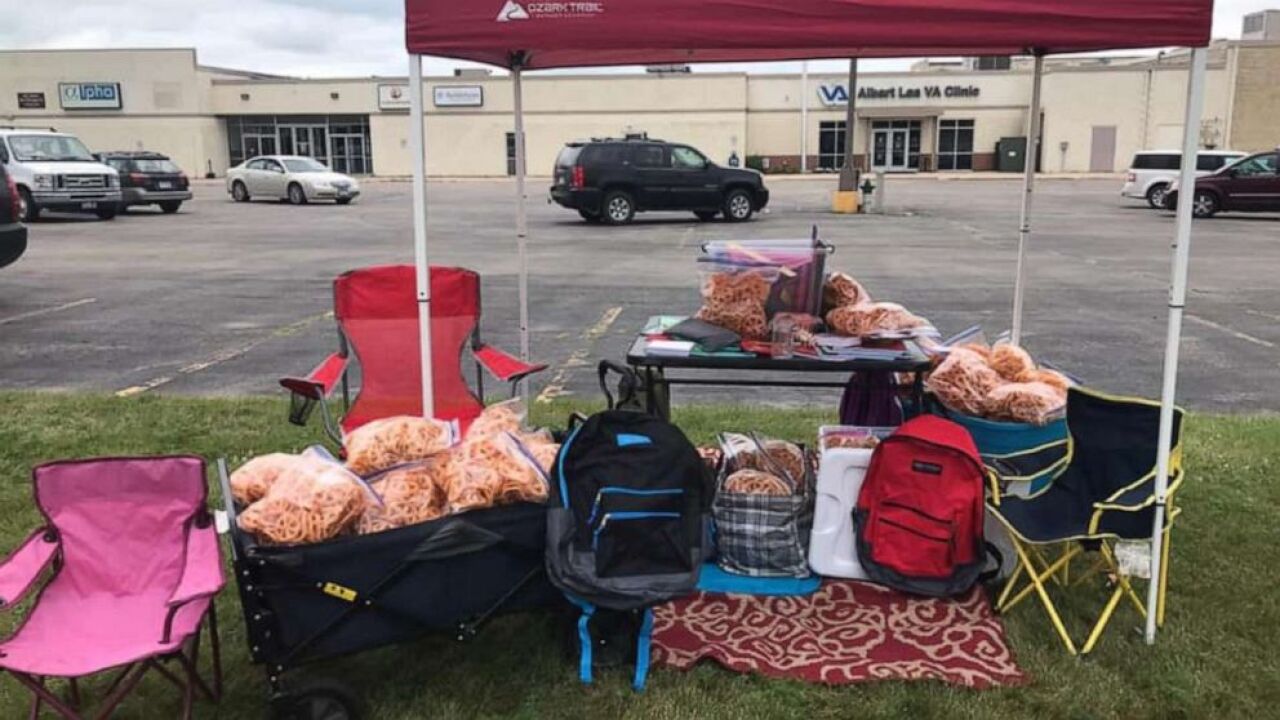 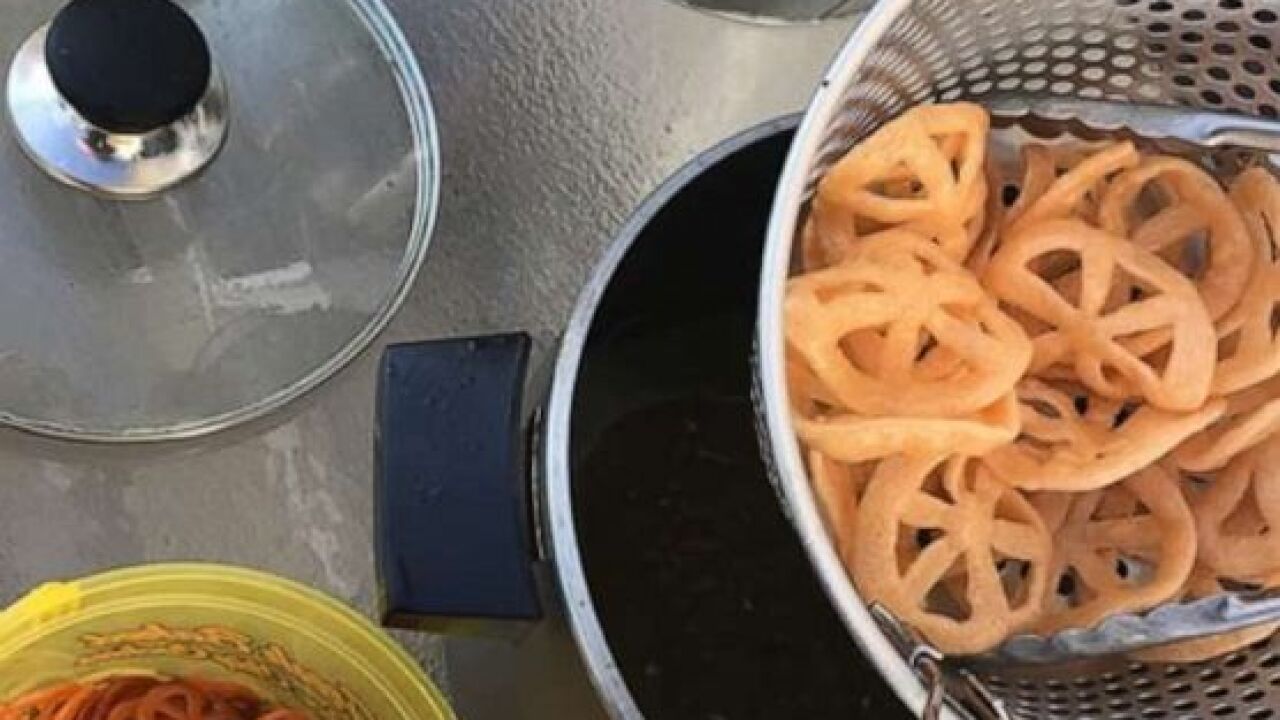 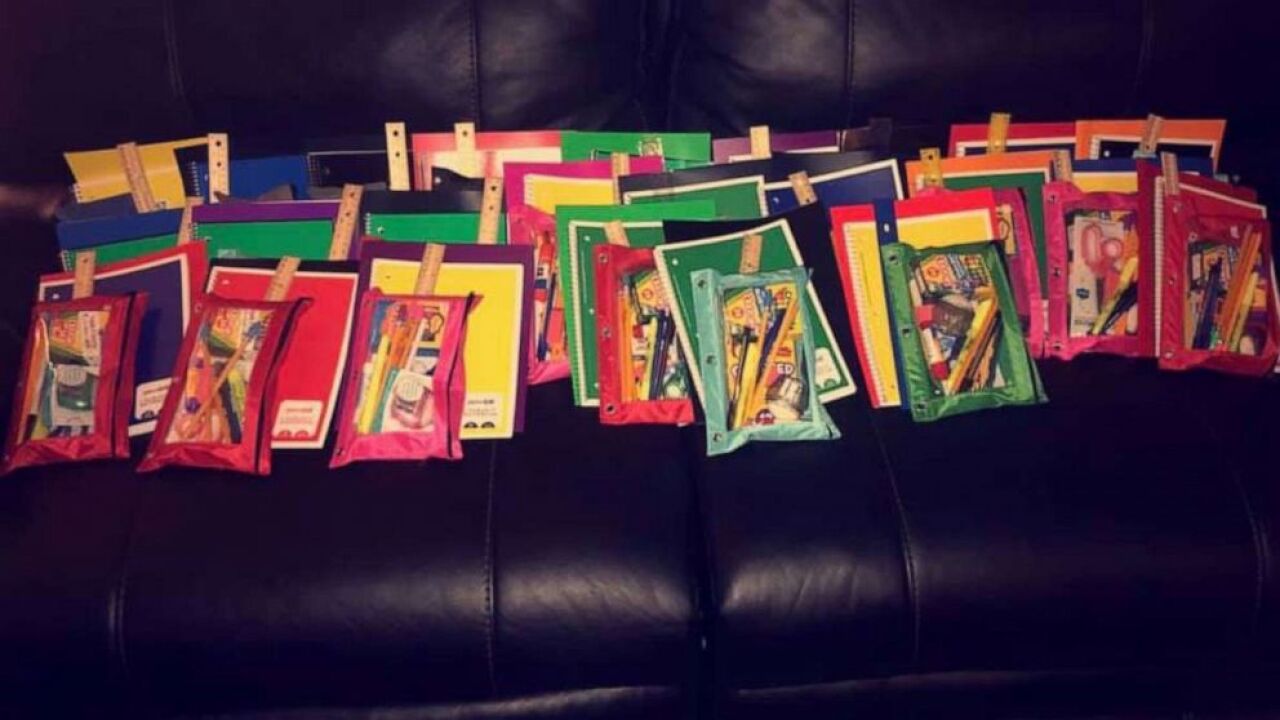 A first grade student from Minnesota is "chipping in" to help his fellow classmates in need of back-to-school necessities.

Aiden Quezada, 6, with help from his mom and younger sister, makes fried chips and sells them lemonade-stand-style to members of his community.

Quezada said she recently had a conversation with Aiden about how some lower-income classmates and their parents can't afford school supplies.

As a family, they came up with an idea to make and sell Aiden and 4-year-old Chloe's favorite snack -- pinwheel crisps.

Quezada said she orders the chips online. She and her children then fry them in organic canola oil and add spices.

The flavors offered are chili-lime or cinnamon.

"It's simple to make," mom said. "Chloe and Aiden, they help with most of the work. They put on gloves, season them and bag them up too."

Aiden and his sister Chloe sell a quart for $1 and gallon bags for $5.

In early August, Aiden Chloe put $130 of their first profits towards the Stuff the Bus promotion, an event which collects school supplies to local students in need.

Some of the supplies will go to Sibley Elementary School in Albert Lea, Minnesota, where Aiden attends.

Aigen hopes to use some oft he money to buy supplies for teachers like tissues and hand sanitizer too.