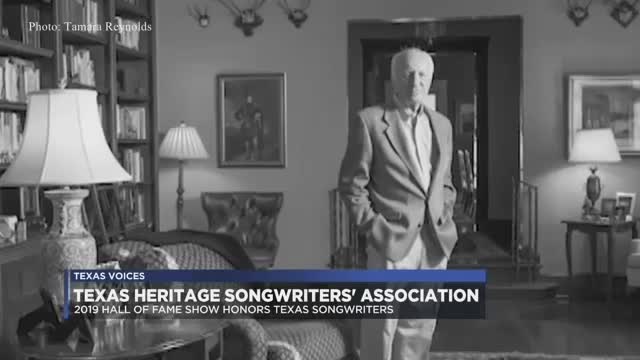 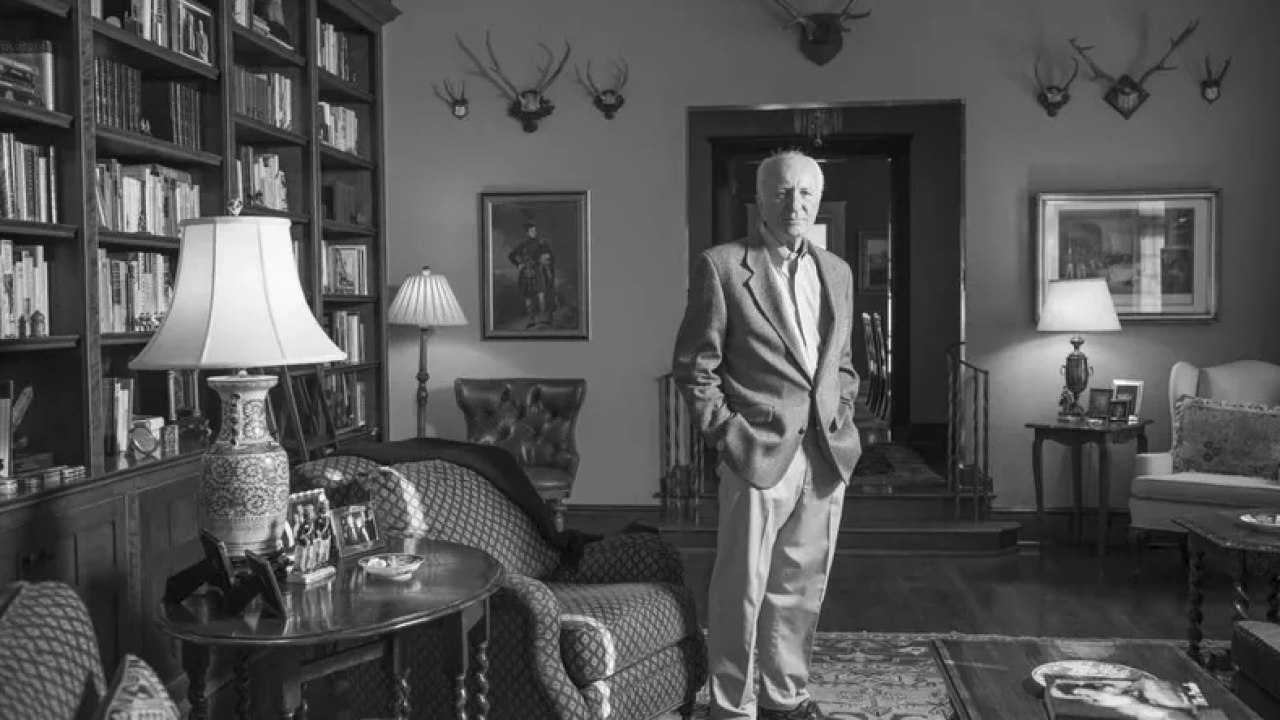 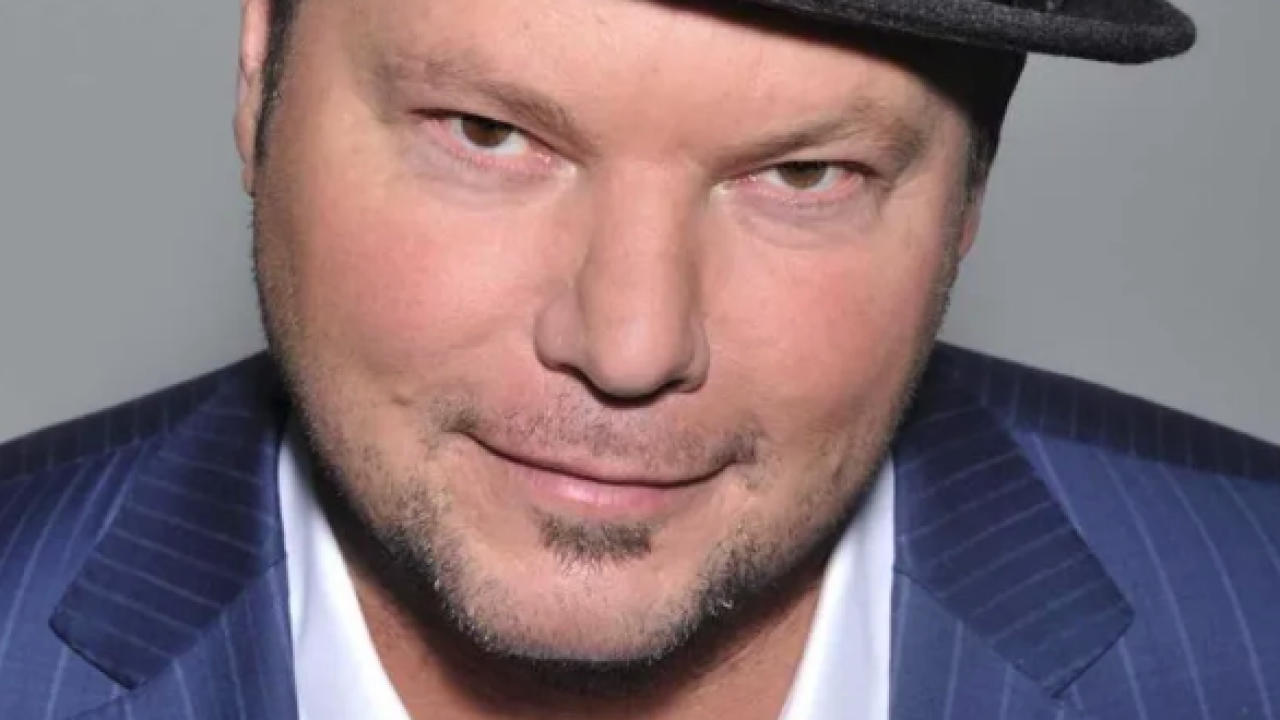 They are the poets of our time, they're songwriters.

Texas songwriters are the lyricists for some of the greatest hits of all time from Elvis to George Strait songs.

The Texas Heritage Songwriters' Association honors the state's songwriting heroes but the non-profit organization began as just a vision 14 years ago.

"You know it's one of those things that's undefinable. It's ever-present but you can't put your finger on exactly what it is," said Terry Boothe.

Devout Texan Terry Boothe grew up at the same time Austin, Texas, did. His pioneer property known as "The West Pole" is a living history of what Texas was and is becoming.

"How much do you love this state?" asked Liepman.

"With all my heart," said Boothe.

The Texas patriot put his whole heart into finding a way to honor the keepers of our culture, the Texas songwriters. Boothe and Radio Icon Bob Cole decided the Texas Heritage Songwriters' Association was the way to do it.

The wheels started to turn. A Texas Songwriters Hall of Fame, where "Willie's" were the reward at a show that would not only celebrate the songwriter but serve as a love letter to the state, its people and the poets who put it into words.

"The chill that you feel. The thing that me and Bob Cole drew up on a napkin turns into the most fabulous show with some of the best songwriters of all time. It's beautiful and it's heartwarming," said Boothe.

It's also hard work. The first show more than a decade ago honored Sonny Throckmorton, Freddy Powers and Sammy Allred. But Boothe knew they needed a familiar face to fans.

"It was less than 24 hours and Joe Ables called me and said how would you like to have Kris Kristoferson on your show? I said Oh My Lord!!" said Boothe.

Joe Ables is the owner of the legendary listening room The Saxon Pub where the center stage is always the songwriter.

"Do you have a favorite song? Or line of a song?" asked Liepman.

"I wish I was in Austin," Ables sings the first line of "Dublin Blues" by Texas Singer-Songwriter Guy Clark.

"At the Chili Parlor Bar drinking mad dog margaritas and not carin' where you are," finishes Clark on a record being played in the Rusty Weir green room of The Saxon Pub.

"It speaks to your heart," said Liepman.

"Yeah. It's kind of cool. I miss Guy. He was a special one. Real special," said Ables.

Guy Clark was inducted into the TxHSA Hall of Fame in 2009 and is among Texas songwriting royalty honored year after year. Ables is producing this year's show with Associate Producer Miranda Bolton.

"It's all about the song. It all starts with the song," said Bolton.

The 2019 Inductees are Grammy Award-Winning Singer-Songwriter Christopher Cross who created his own distinct sound with hits like "Sailing," "Ride Like the Wind" and "Arthur's Theme."

Steve Earle has inspired countless songwriters with "Copperhead Road," "Guitar Town" and is a celebrated playwright, actor and producer.

"He has 31 number 1 hits. He grew up near Beaumont. He's a legend in Nashville but we're honored we get to honor him in Texas now," said Bolton.

Billy F. Gibbons of ZZ Top rounds out the honorees.

The award brought country star Ronnie Dunn to tears when he was inducted in 2013. He will serve as the emcee of the awards show for the second year in a row. When Mac Davis was inducted in 2010, the experience inspired him to start writing again.

"These people feel Texas. They may not think Texas is with them when they're gone out in Nashville for so long. When they come back they feel it," said Ables.

This year's show will be held at the historic Paramount Theater in Austin on Feb. 23 and is part of a weekend honoring past and present Hall of Fame members.

"It's truly a labor of love and what makes it the most rewarding is that we're all a family," said Bolton.

No one knows that more than Amy King. She was a little girl at the pickin' parties held by Longhorn Football Coach Darrell K. Royal.

"He had these legendary pickin' parties and they all followed coach's rules. There was a red light, a yellow light and a green light. When there was a red light, there was zero talking and I was a little bitty girl. Four, five, six years old. I very quickly learned when an artist picks up a guitar and starts to share the words from their heart, you listen," said King.

She's been listening ever since and is the 2019 TxHSA Event Chair. Her father, Danny King was a steadfast supporter of Texas songwriters, whose legacy is putting together songwriter showcases that sparked the spirit and stirred the soul.

"It does seem spiritual. The voices. The words. It's magic," said King.

Amy says a good song lives on forever. In 2012, Danny King passed away from cancer. A song brings comfort and a nod that Amy is doing her best to fill his boots.

"He Walked On Water," said Amy. "It was written by Allen Shamblin. Put into the world and performed by Randy Travis. I think of my dad when I hear that song."

And that is the power of what only a songwriter can do. They are worthy of all the "Willie's" and recognition that comes their way.

"A good song can take on any person's emotion. Any person's life and the realities of what's happening to them and they can interpret it as their own and the song becomes theirs," said King.

"Texas Voices" celebrates the artists, musicians and creatives in our great state.

For tickets to the 2019 Hall of Fame Show, click here.

To learn more about TxHSA and past and current Hall of Fame inductees, click here.