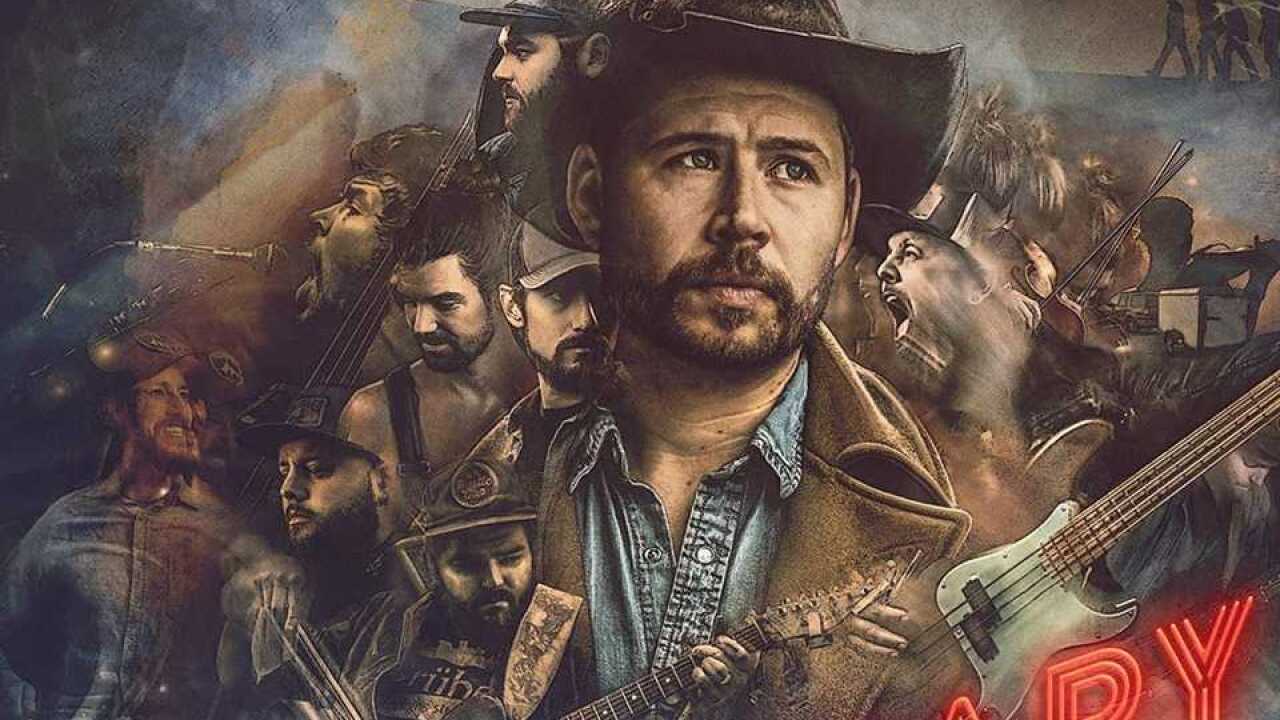 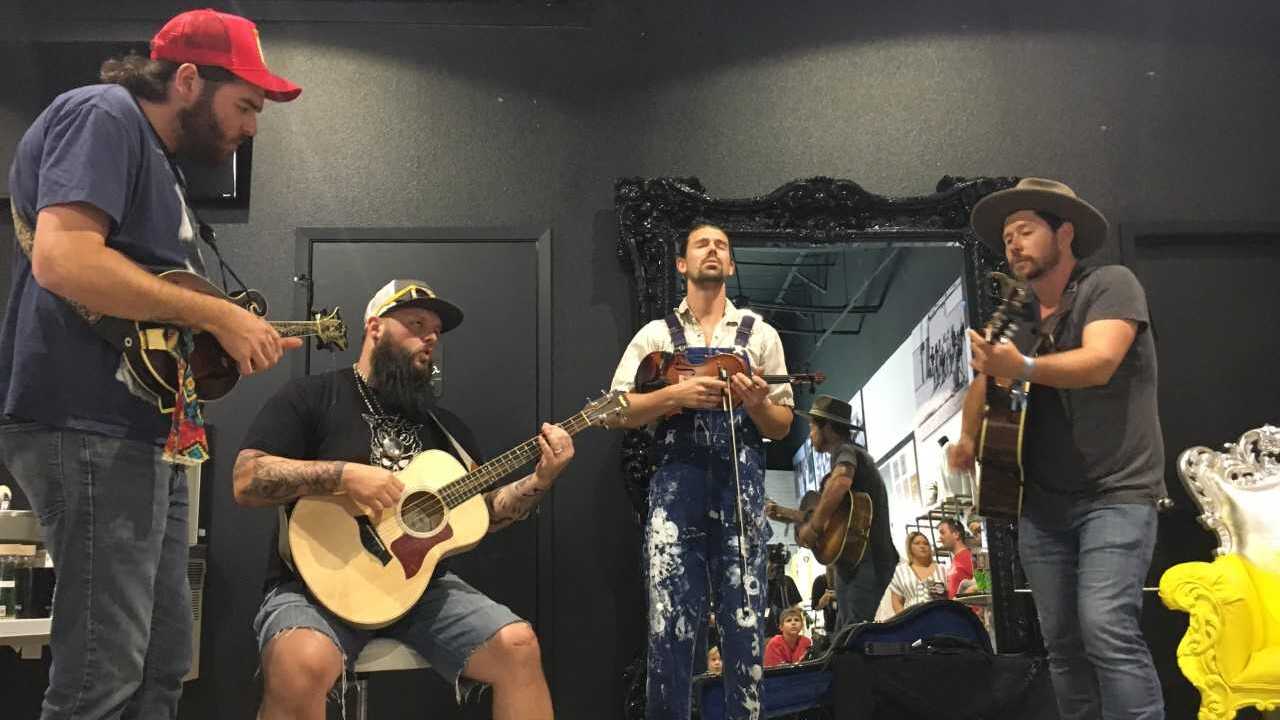 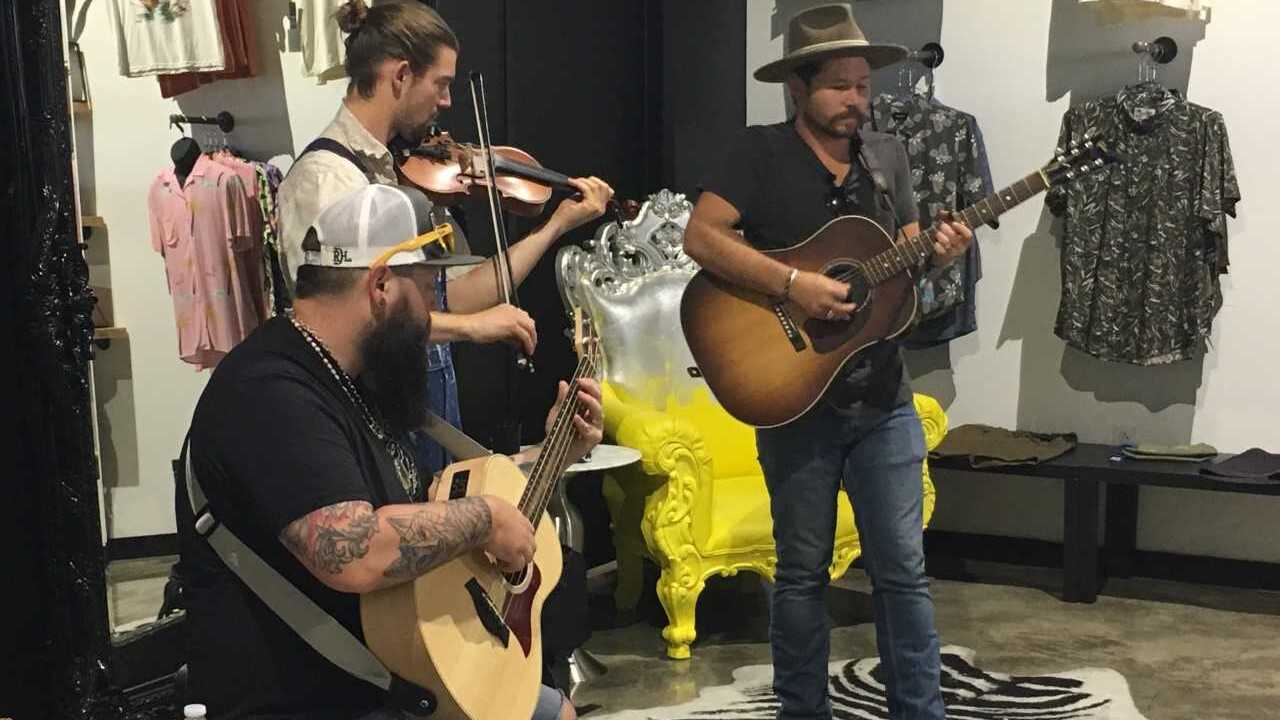 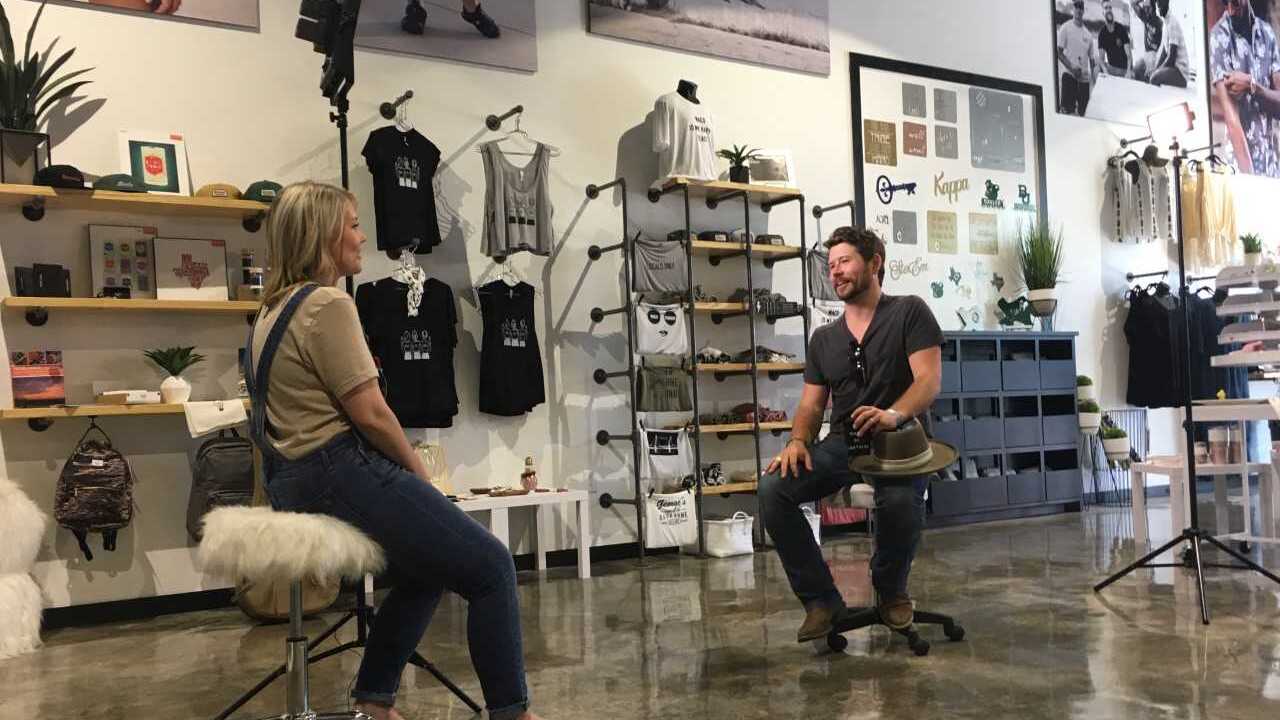 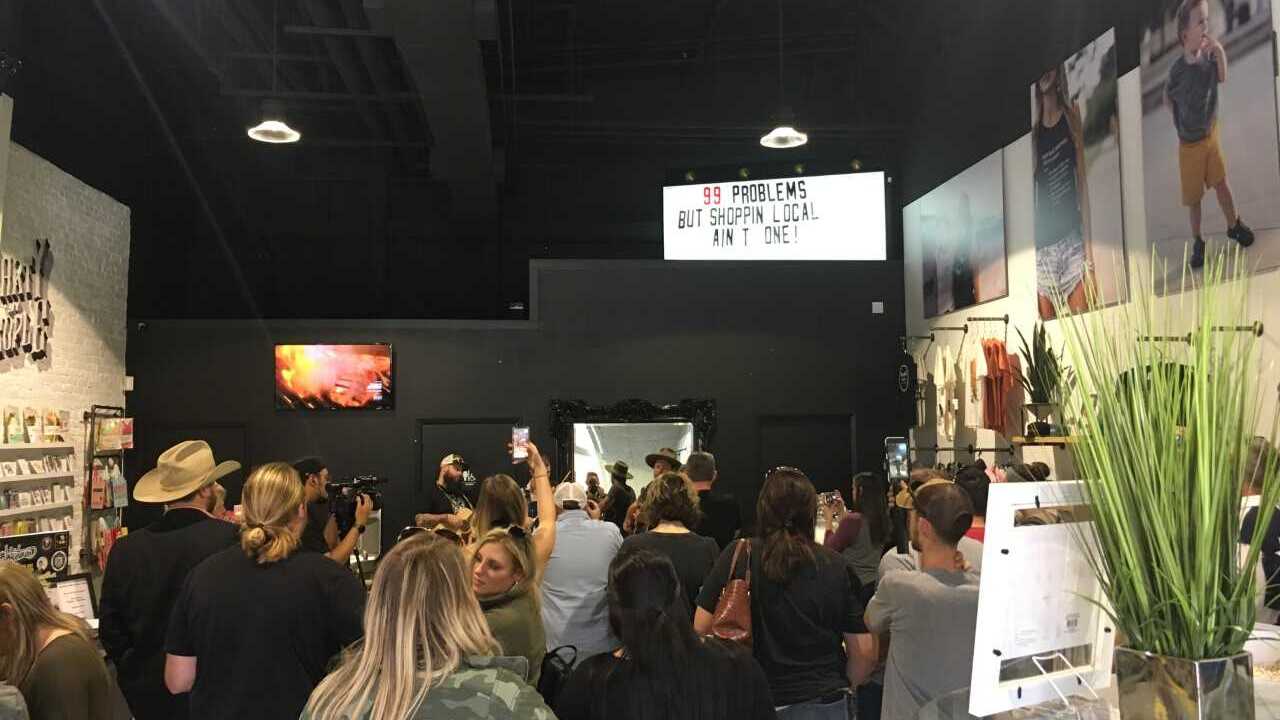 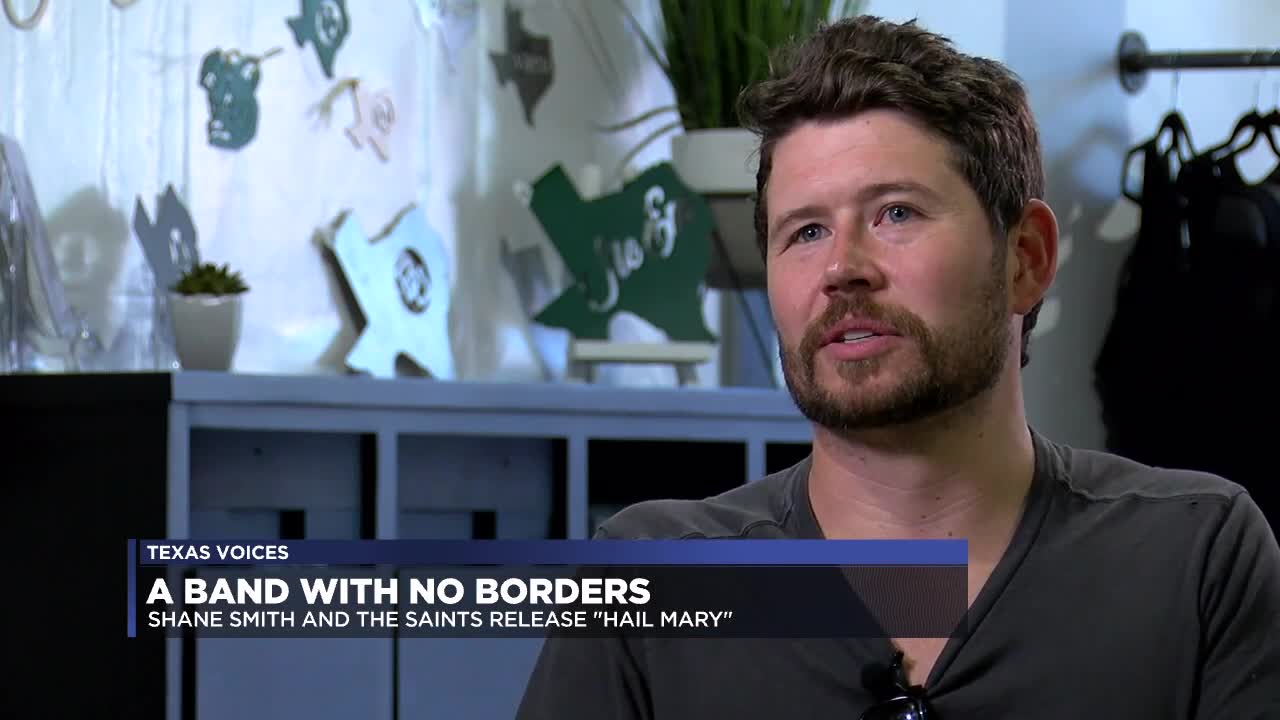 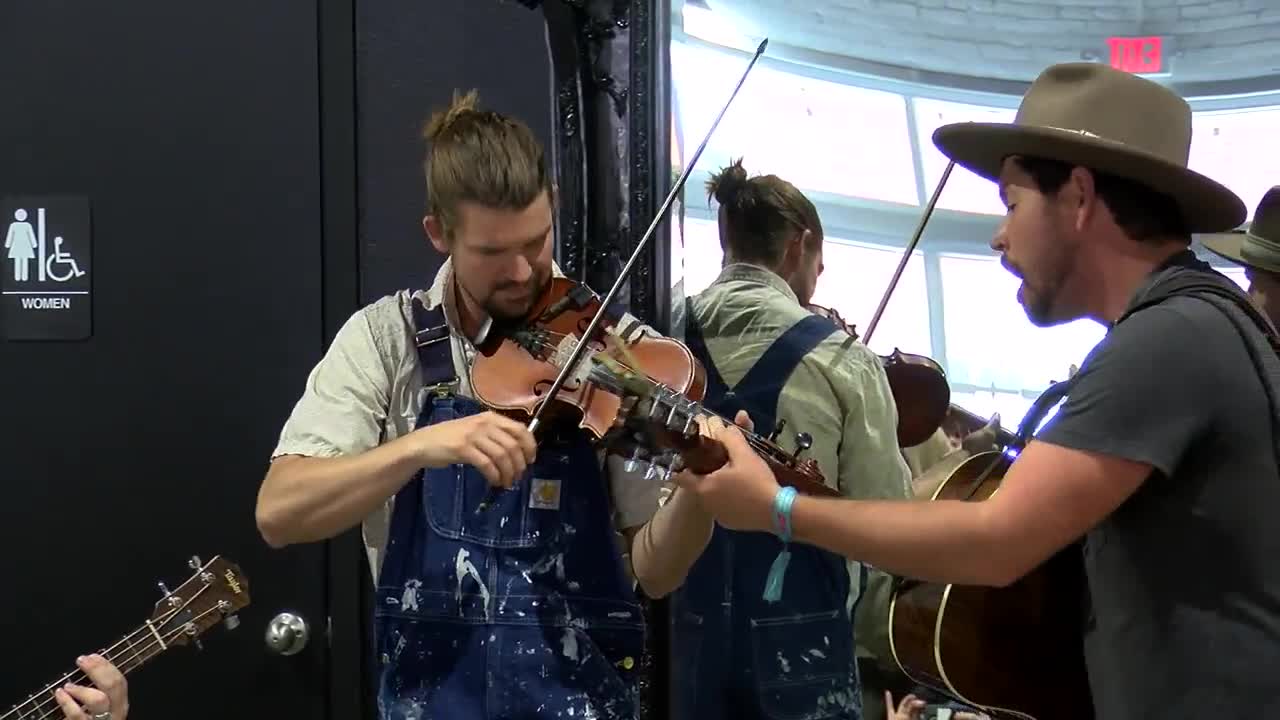 (KXXV) — Waco fans got to hear new music from Shane Smith & The Saints. The band has become a force of nature churning out music with meaning that defies all designations.

The band played its new song "Hail Mary" acoustically for the first time at a meet and greet at Bolt Boutique in Downtown Waco, and they'll return on June 2 for Bowenfest.

In an industry where glitter is mistaken for gold, make no mistake. Shane Smith & The Saints are the real deal.

Every note, every bow stroke is sincere.

"I just have a really hard time recording something or putting pen to paper on anything that I can't relate to on a genuine side of things. The music that always moved me was stuff that I connected to on an emotional level," said Smith.

Shane Smith grew up in Terrell, Texas. He is one of four brothers.

"It was a great place to grow up. Me and my brothers and friends would be on bikes. Go out in the morning and we'd show up at sunset and if we weren't completely filthy my mom knew we had a bad day. It was just awesome," said Smith.

Serenity struck Smith twice in his teens. He discovered the guitar and the love of his life, his wife Lauren.

"We've been dating since we were 15 years old. She's been a huge support for me and kind of the foundation for me with all this stuff," said Smith.

Together, Shane Smith & The Saints built a sound that can't be defined by labels.

"Genuinely that was my thing from the get-go. I really wanted to have the widest range of audience that I possibly could and I wanted to be able to play whatever I found interesting and what moved me in any type of way. Just try to create something that didn't have borders and walls around it," said Smith.

They grew 10 yards at a time, as Shane puts it. Until shows turned into tours across the country.

"Is this kind of how you thought your life would go?" asked Central Texas News Now Anchor Lindsay Liepman.

For the first time, the band played its new song "Hail Mary" acoustically for Waco fans. It was electric.

Shane says the new album "Hail Mary" is different than anything they've ever done before. The album is available on June 28.

"At the end of the day we're excited to get this out. Our fans have waited a long time for us to release this and I'm very excited about that," said Smith.

They're proof that hard work pays off and good guys do exist.

"This year has been the best so far of all. We're riding that high," said Smith.