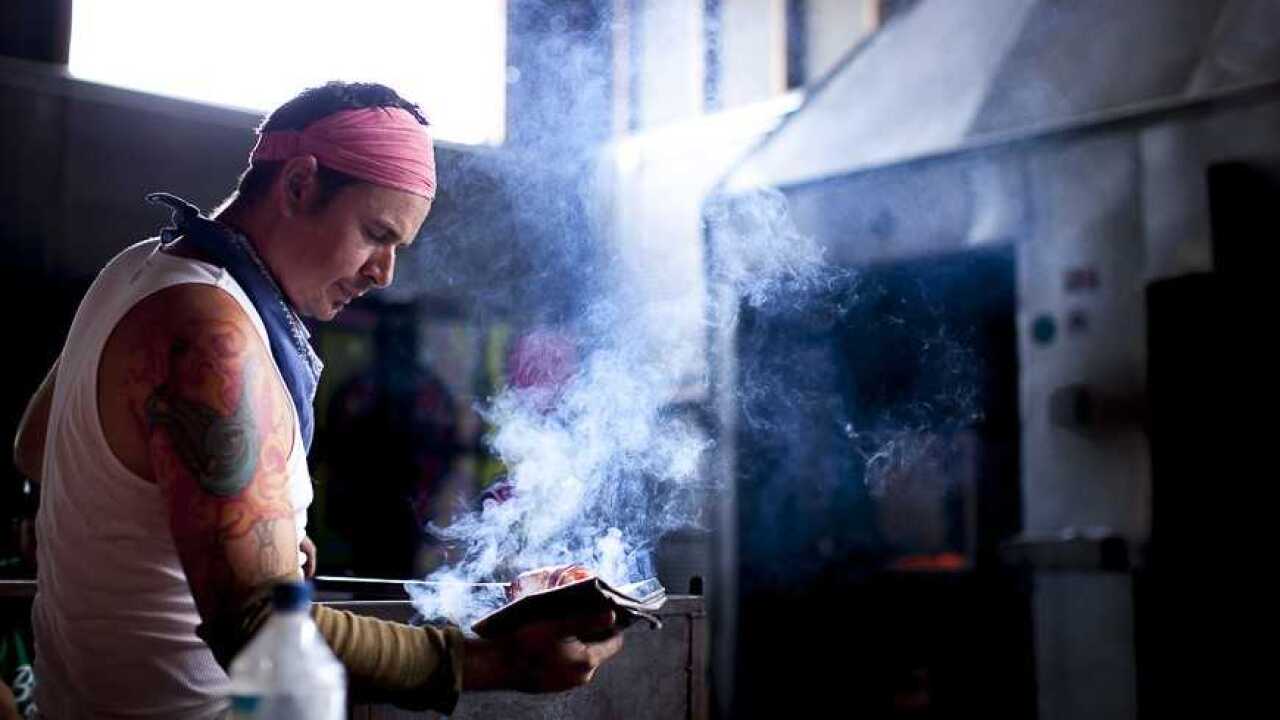 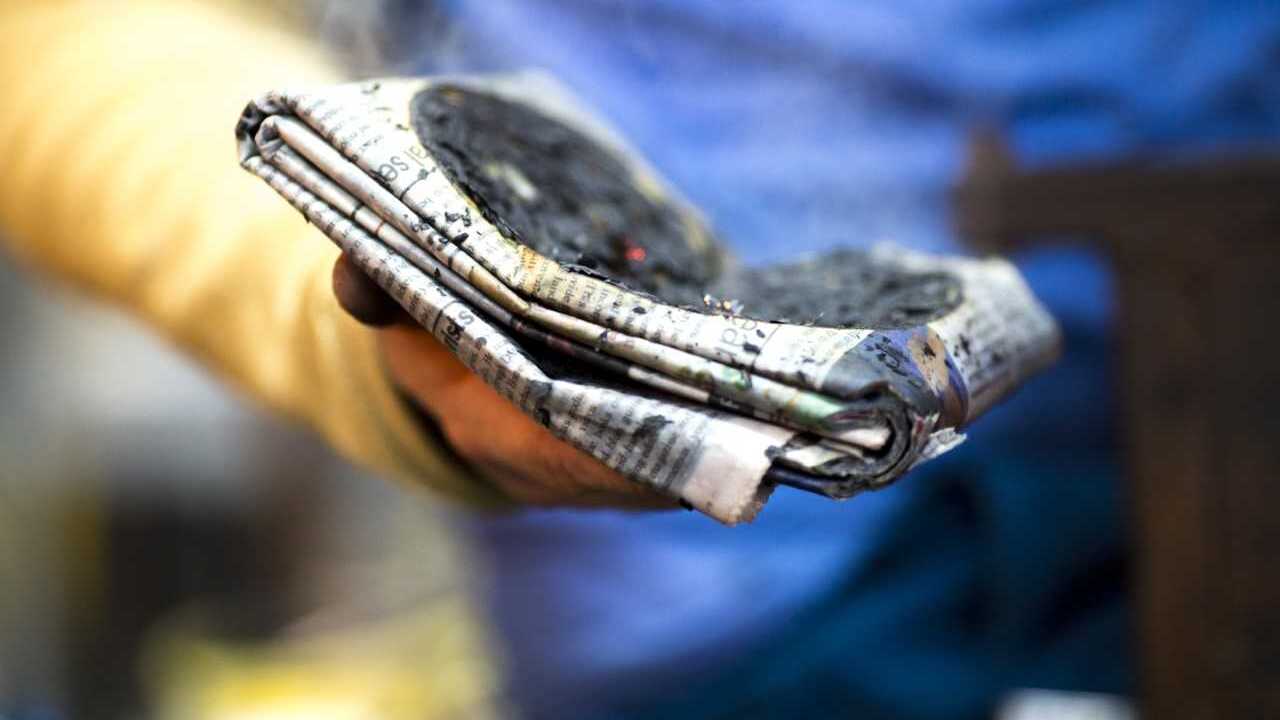 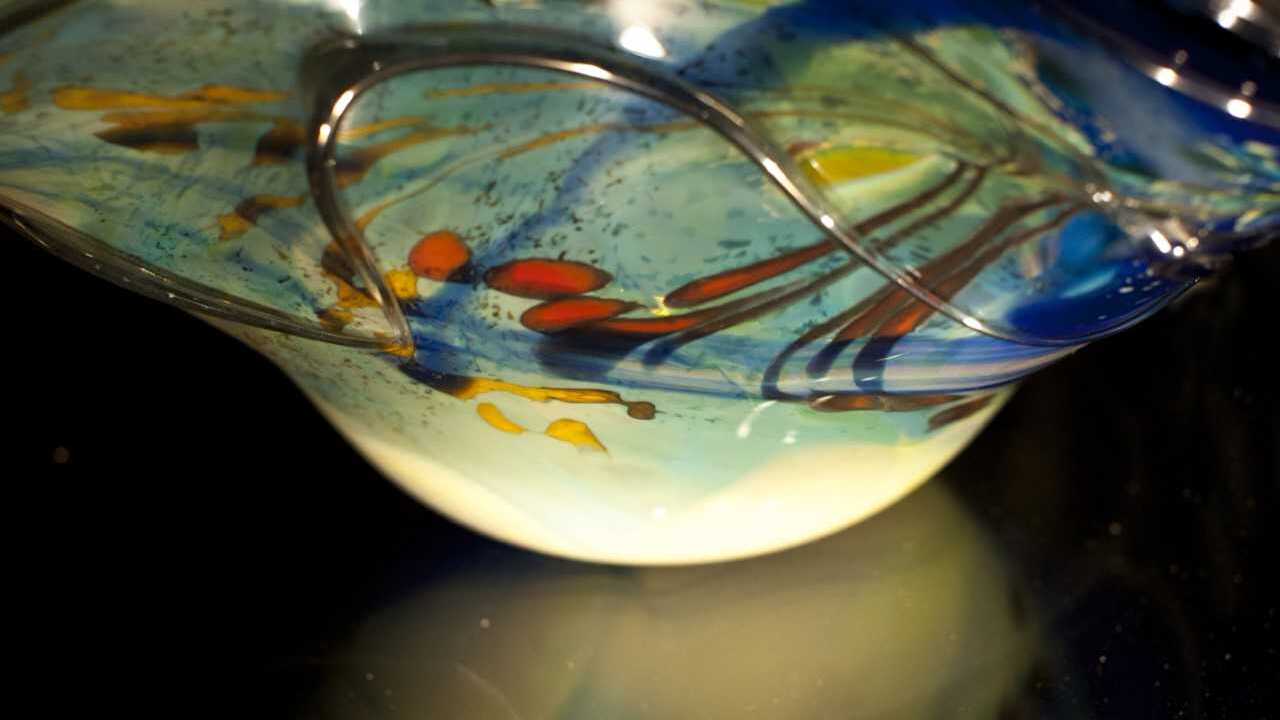 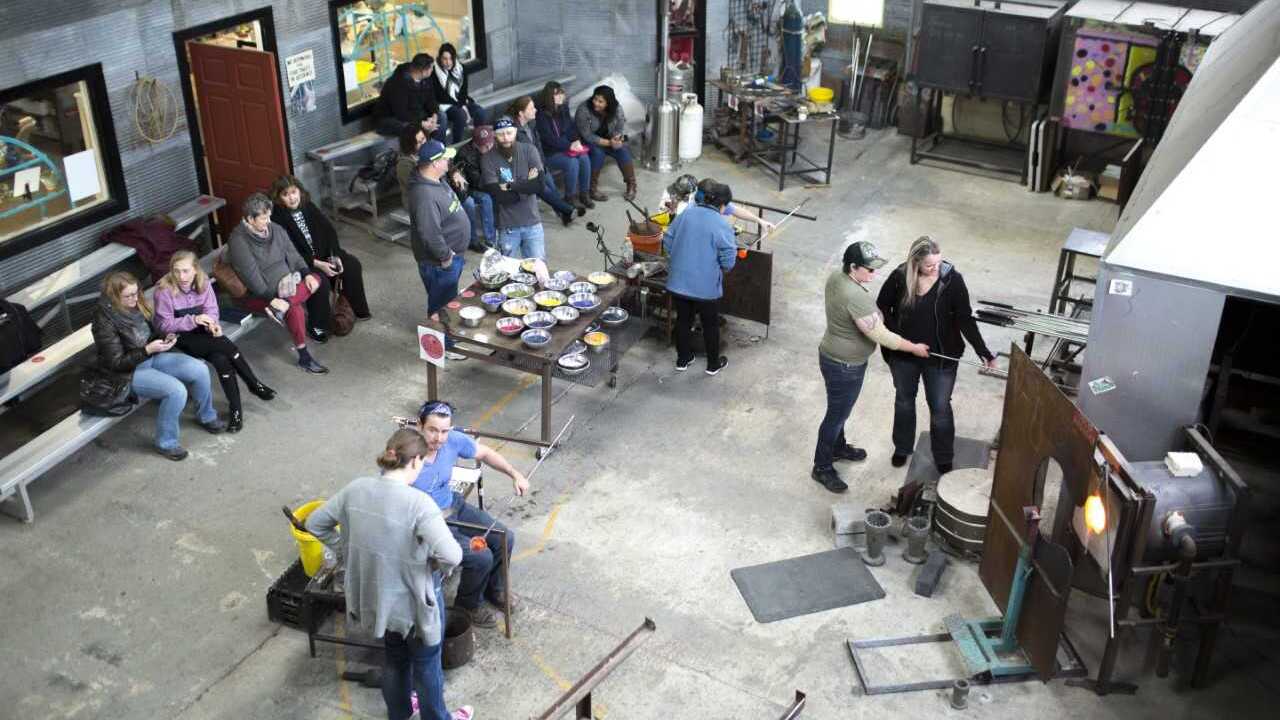 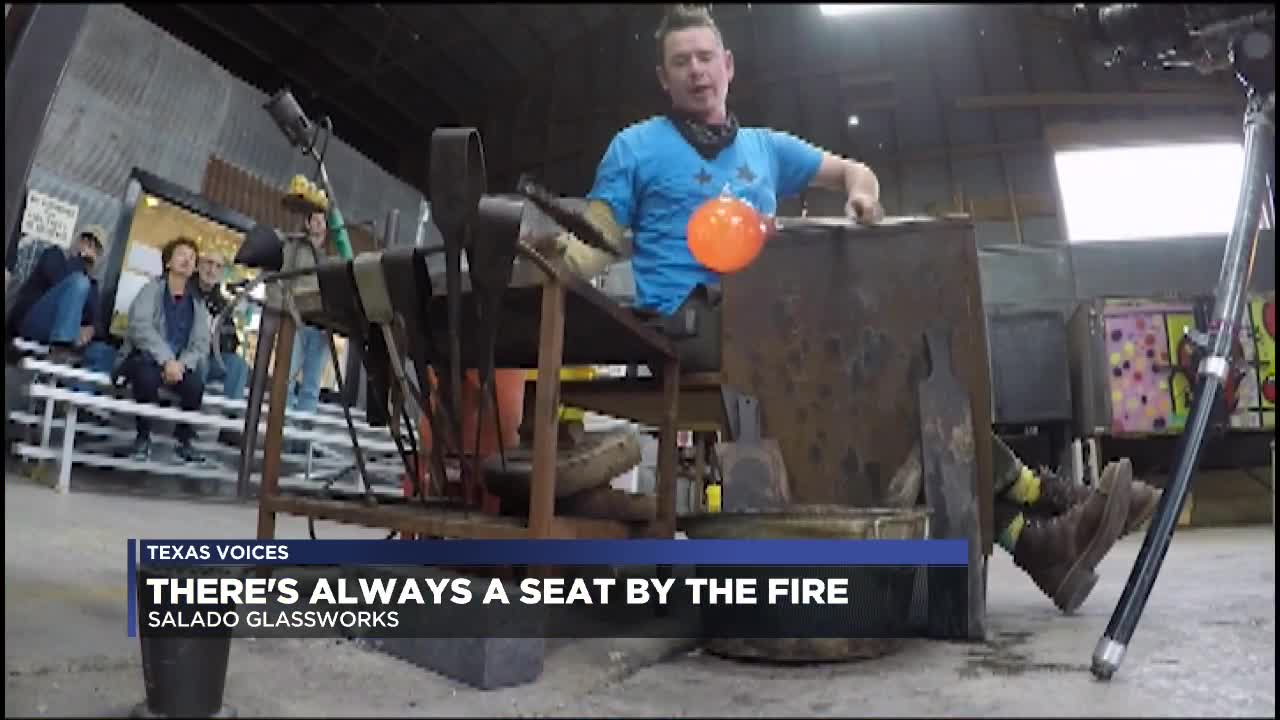 (KXXV) - — Glass blowing isn't just art, it's an experience. The stunning creations of Hand Blown Glass Artist Gail Allard strike awe and appreciation in the hearts of those who walk through the door at Salado Glassworks.

Tucked just off Salado's Main Street on Peddler's Alley, a 2,000 year-old tradition is alive and well in the hands of Allard and the family of artists that blew into Salado one-by-one.

"It's just a warm, cool little village. There's a lot of support for artists, people like me," said Allard.

Gail grew up a self-described art kid. If passion paid in pennies, he would be a millionaire, but he dropped out of art school because he couldn't afford it.

Now, he's creating one-of-kind glass art in the studio he opened in 2011.

"What has the journey been like?" asked Central Texas News Now Anchor Lindsay Liepman.

Like a neighborhood friend comes knocking, Gail was working as a welder and eventually a draftsman at a welding shop when a nearby glass studio piqued his interest. He became an apprentice and learned the art of glass blowing.

Now his passion can be measured in degrees.

Unlike other art, you can't touch it as you create. But you can always feel it.

"You see glass. It's colorful and it's pretty. Everybody always needs something," said Georgetown resident Lou Adler, who always brings visitors to Salado Glassworks.

"I'm not sure what it is, but it's very addictive. It's just beautiful, however it turns out," said art teacher and regular customer Debbie Tomlinson.

Gail and the crew call it "Edu-tainment," inviting visitors to participate in the process.

"Then we give you the pipe and you get to go into the shop and you have 2,000 degrees at the end of this stick and some people are excited and some are afraid and we walk you through it," said Allard.

At the end, they've created a mug, a heart or another symbol of their soul-touching trip to Salado.

But they always feel like they soared a little higher than before.

"I don't want to do anything else," said Allard.

Salado Glasswork's BYOB (Blow your own beer mug) event is happening now. You can reserve a spot by clicking on the gallery's calendar and buying tickets at their website.