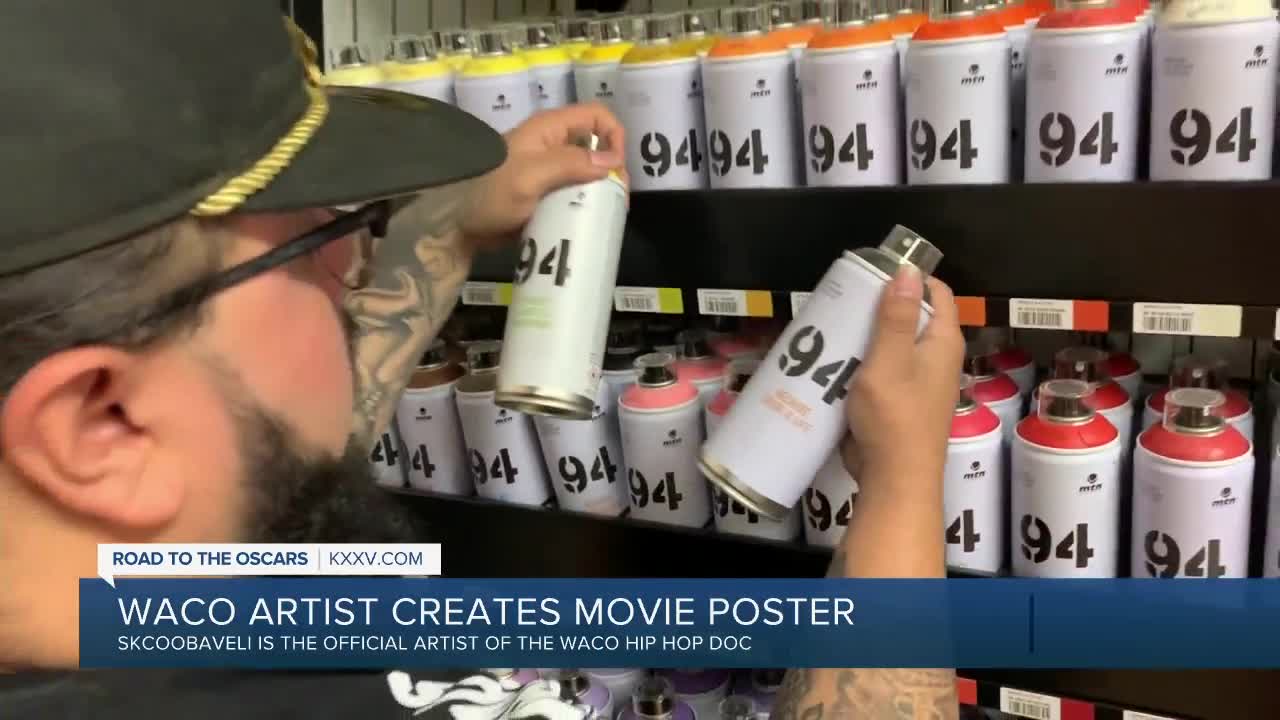 The street art of Skcoobaveli Trevino will make history as the movie poster of "Blood, Sweat and Beats: The Waco Hip Hop Story." In this Road to the Oscars, Trevino shows us how art tells the story.

WACO, TX — The street art of Skcoobaveli Trevino will make history as the movie poster of "Blood, Sweat and Beats: The Waco Hip Hop Story." In this Road to the Oscars, Trevino shows us how art tells the story.

"The street art was trying to get your name out there and trying to be seen, the fear of being small. It's, "I'm here and I'm not going anywhere and I want to be known,"" said Trevino.

Trevino's canvas depends on the day.

He's seen an evolution of his craft.

"It's been grimy and slimy. Some consider it dirty, but the Ninja Turtles are from the sewer too and everybody loves them," said Trevino.

No longer hiding in the shadows, Trevino says Waco embraces the beauty and not the boundaries.

Aaron and Jessica Williams support this wave of color and creativity.

"It's cool to see a can of spray paint, and you wonder what the artists are going to do, and it comes to life in an amazing way. We see it leave our doors and come to life outside," Williams said.

Trevino is the official artist of the Waco Hip Hop Documentary, creating an original Skcoobaveli for the movie's poster. His vision sketched on canvas and later photographed.

Film credits will be added before it's put in the movie poster marquee at the Waco Hippodrome.

MC Art Supplies donated all the spray paint for a live graffiti demonstration at the premiere as well.

"Those are the things that make your city interesting and unique," said Trevino.

Making his mark is what Trevino hopes to do.

"Every time I pass by, I say, "There it goes. Hopefully it stays for as long as I'm alive." I would't mind leaving a legacy behind. Skcoobaveli's here," he said.

25 News will unveil the poster later this month. Tickets are on sale for the Waco Hip Hop Doc. Click here to purchase them.