Road to the Oscars: The 254 Music Video Race 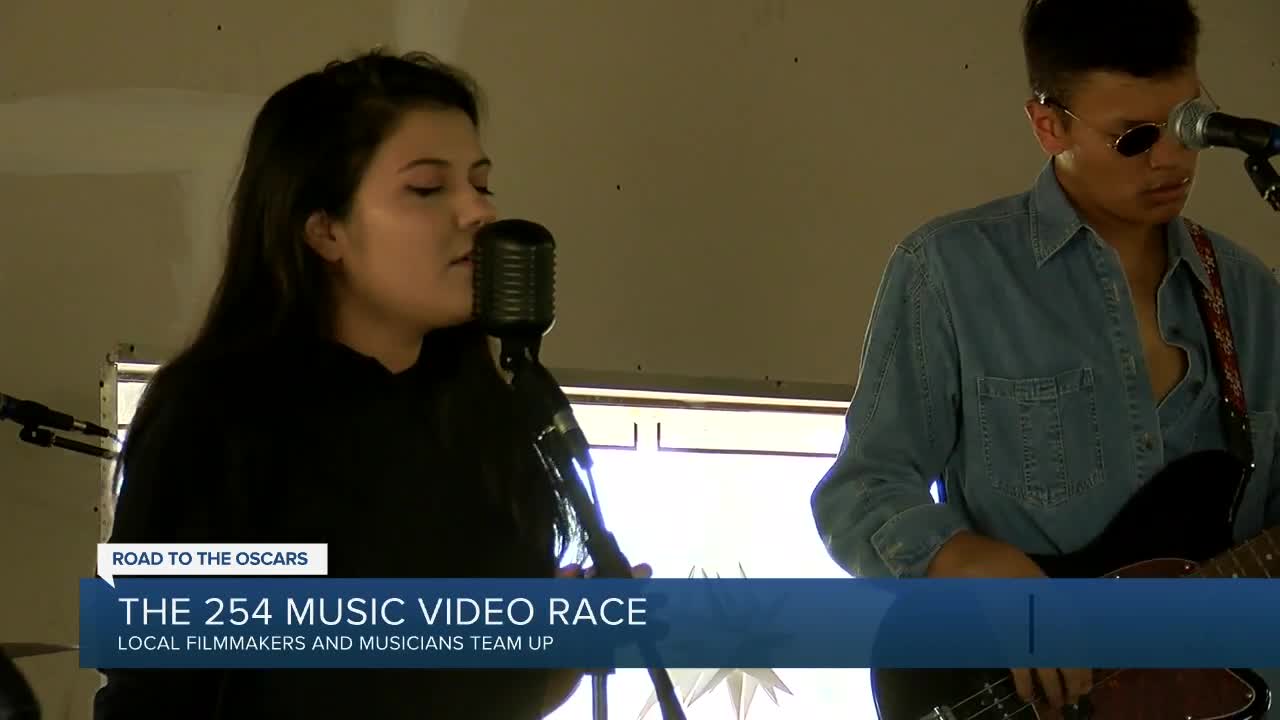 An unprecedented music and movie collaboration is launching in Central Texas. Keep Waco Loud and the Deep in the Heart Film Festival present the 254 Music Video Race as part of the Waco hip hop doc premiere at the Waco Hippodrome. Central Texas bands, musicians and musical acts of all genres are encouraged to meet up and team up with area filmmakers to create new music videos in the 254 Music Video Race.

From hip hop to country, Waco's music scene is diverse.

"There are all kinds of genres being played. Classical, punk rock, everything," said Keep Waco Loud's Katie Selman.

Their talent is being put to the test during The 254 Music Video Race, just launched by Keep Waco Loud and Deep in the Heart Film Fest.

"Keep Waco Loud's main mission is to empower and support local musicians here in Waco, so we're really excited at the opportunity of a thriving growing music scene," said Selman.

"It's a great way to see what kind of talent we have behind the camera and behind the mic and see what Wacoans come up with," said Deep in the Heart Film Fest's Louis Hunter.

The contest began February 1st and ends February 16th. That's two weeks for a music video to be filmed and edited, and there are specific instructions to ensure it's a brand new video.

"Having just two weeks to complete something sounds like it's a hindrance when really it's a new opportunity. We're gonna nail it. It doesn't have to be perfect just a reflection of your work. At the end of two weeks you have a brand new music video," said Hunter.

Monday nights at Klassy Glass in downtown Waco are usually open mic night, but on February 3, it will include a meet-and-greet for local film makers and musicians to team up, hear the rules and get started.

"There's cash prizes. It's free to enter. There are really cool perks from Deep in the Heart Film Fest and Keep Waco Loud plus you get to see your music on the big screen at the premiere of "Blood, Sweat & Beats: The Waco Hip Hop Story"" said Hunter.

You can purchase tickets to the premiere of "Blood, Sweat & Beats: The Waco Hip Hop Story" here.

For more information on "The 254 Music Video Race" click here.