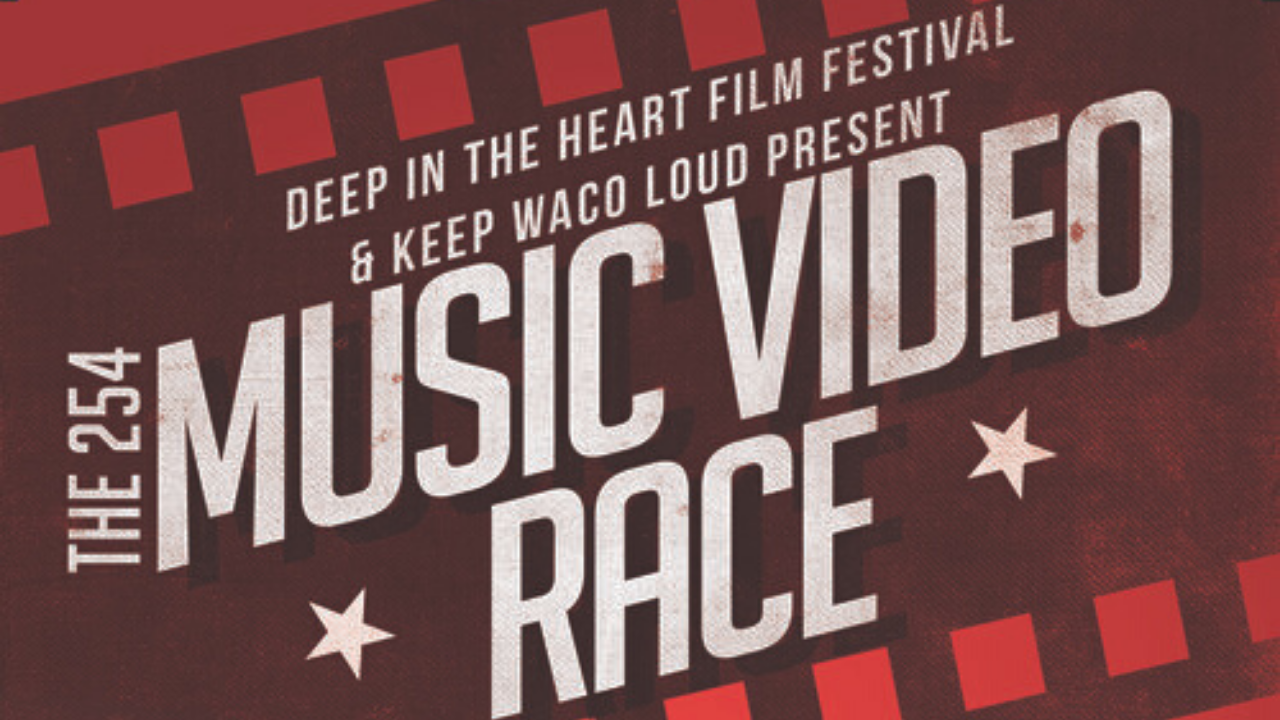 An unprecedented music and movie collaboration is launching in Central Texas. Keep Waco Loud and the Deep in the Heart Film Festival present the 254 Music Video Race as part of the Waco hip hop doc premiere at the Waco Hippodrome.

"We have such vibrant music and film-making scenes in Waco. We can't wait for them to come together," said Samuel Thomas, Deep in the Heart Festival Artistic Director.

Central Texas bands, musicians and musical acts of all genres are encouraged to meet up and team up with area filmmakers to create new music videos in the 254 Music Video Race.

Teams will have two weeks to plan, produce and edit new music videos. Race officials will then select three music videos to screen at the "Blood, Sweat & Beats" world premiere on February 22nd at the Waco Hippodrome.

All participating artists are encouraged to attend, view the finalists and help select the winner. An audience vote will choose the winner, who will receive cash prizes, a featured spot on the Keep Waco Loud podcast, and their video will be an official selection in the Deep in the Heart Film Festival in August.

Musical artists and filmmakers can start their videos on February 1, or find your collaborators at the filmmaker/musician meet-and-greet, which will be held at 7:00 p.m. on February 3rd at Klassy Glass.

It is free to register a team for the race. Read all the rules and requirements here.

About the 'Blood, Sweat & Beats' Premiere

The world premiere of "Blood, Sweat & Beats" will showcase the top three videos of the 254 Music Video Race. The documentary, created by 25 News Anchor Lindsay Liepman, is a story of music, money and murder - birthed in the Bronx, but raised here in Waco. The film sheds light on this thriving music scene in Central Texas, interviewing the foundational artists in Waco, exploring the journey of the genre, and meeting the creators whose musical passion drives their lives.