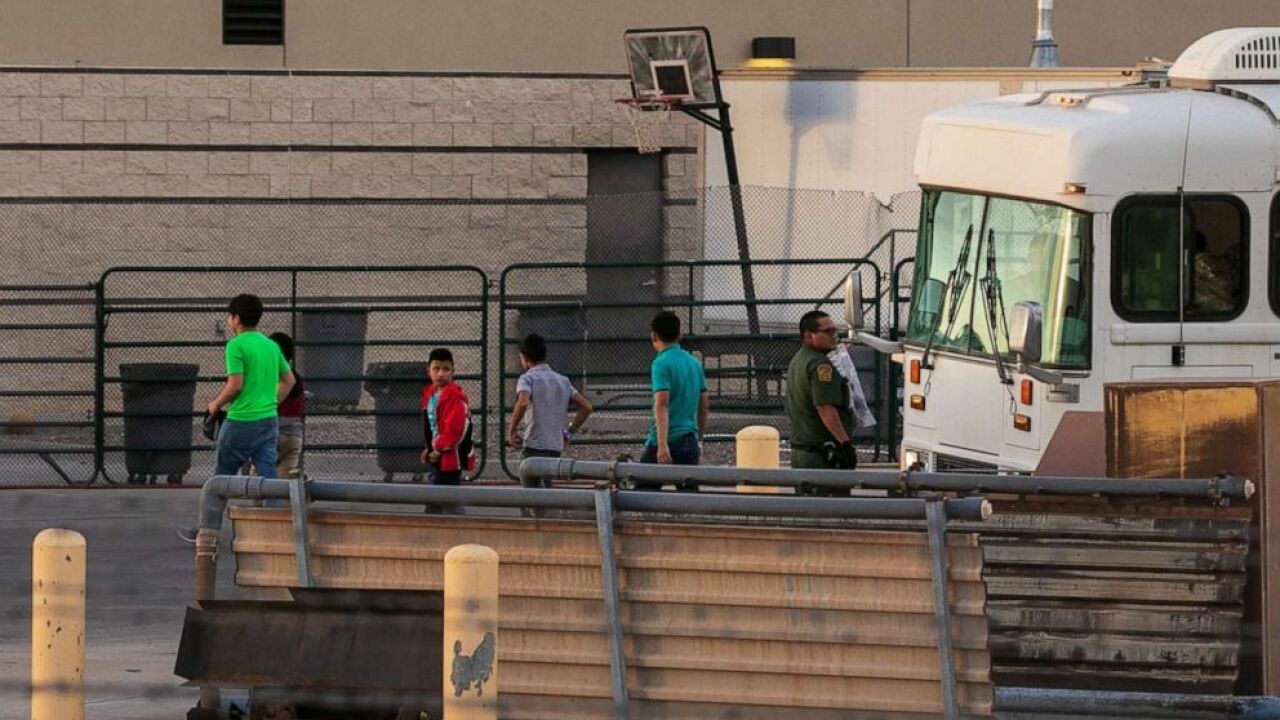 President Trump and Guatemalan President Jimmy Morales are expected to sign an agreement Monday that would require asylum seekers who transit through Guatemala to claim asylum in that country instead of the U.S., according to three sources briefed on negotiations.

The "safe third country agreement" is one of the ways in which Trump hopes to stem the flow of migrants from Central America to the U.S., but critics say Guatemala neither is safe enough for asylum seekers to stay there nor has the capability to process asylum claims.

The two leaders will meet at the White House on Monday and "will discuss ways to create a more robust relationship focused on addressing migration and security priorities," White House Press Secretary Stephanie Grisham said in a statement Friday.

The agreement is still not finalized, according to two of the sources, who described things as close but still in flux. Trump himself has repeatedly promised that a deal is close to finished.

"Guatemala is going to be signing a safe third agreement," Trump told reporters on July 5. He tweeted the country was "getting ready to sign" an agreement on June 17.

But inking one on Monday would be a fundamental shift in how the U.S. processes asylum cases.

Migrants who enter the U.S. can claim asylum if they suffered persecution or fear persecution because of their race, religion, nationality, political beliefs, or membership in a particular social group. A judge determines whether or not a migrant meets those requirements, but there is an enormous backlog in processing cases.

The Trump administration has limited who can apply for asylum and tried to bar anyone who crossed illegally into the U.S. from claiming asylum -- a policy that is currently held up in federal court.

The administration has also begun deporting asylum seekers to Mexico while their cases are adjudicated, with at least 13,000 migrants now waiting there. The policy was halted by a federal judge in April, but a higher court lifted the injunction in June while the case proceeds.

Migrant rights groups and Latin America analysts blasted a safe third country agreement with Guatemala, saying the administration is breaking the law, shutting the door on migrants fleeing violence and poverty in Central America, and trapping them in those dangerous circumstances.

"If signed, this agreement would be an egregious violation of law and common decency," said Eric Schwartz, president of Refugees International. "Individuals forced into Guatemala would constitute an especially vulnerable social group subject to grave risks at the hands of gangs and other criminal elements. This reported arrangement is shameful and a stain on this nation’s honor."

The State Department declined to comment on any agreement, with a spokesperson from its Western Hemisphere Affairs bureau telling ABC News, "We do not discuss internal and interagency deliberations... We are not going to comment on any discussions with Guatemala on this matter."

Last month, acting Secretary of Homeland Security Kevin McAleenan traveled to Guatemala to negotiate such an agreement. But talks stalled once Guatemalan officials realized that the U.S. was asking for asylum seekers to receive asylum in Guatemala, as opposed to sending them back to Guatemala as their requests for asylum in the U.S. are adjudicated -- similar to the current deal with Mexico.

In particular, critics say Guatemala does not have the legal and physical infrastructure to process asylum cases and is not safe enough for migrants to live there instead of their home countries like neighboring El Salvador and Honduras.

Last month, three top House Democrats wrote to McAleenan and Secretary of State Mike Pompeo to urge the administration to halt any negotiations on an agreement, with Guatemala or Mexico. Mexico has repeatedly rejected the administration's requests that it sign a similar agreement, even when Trump threatened steep tariffs on Mexican goods.

(MORE: 3rd migrant minor dies in a month after being apprehended at US-Mexico border)

A potential safe third country agreement is controversial in Guatemala as well, where there are efforts to put it to a halt. Under investigation for corruption, President Morales is term-limited and will be out of office after elections that are ongoing. He has ordered the expulsion of a United Nations-sponsored, U.S.-funded investigative body tasked with rooting out corruption and already tried to curry favor with Trump by moving Guatemala's embassy in Israel to Jerusalem.

With rumors of an agreement swirling, a group of former foreign ministers petitioned Guatemala's highest court earlier this week to rule that Morales doesn't have the authority to sign an agreement.

If Morales signs, Guatemala would "become a dam of dreams, anguish, and human suffering," said the executive committee of Vision with Values, an opposition political party, whose leader was a front runner to succeed Morales until she was barred from running.

"Knowing that the state has been unable to provide the minimum conditions for a decent life to the vast majority of Guatemalans, signing an agreement of this magnitude could lead to a humanitarian crisis of unimaginable proportions," the party added in its statement Friday.