This high school football captain was born deaf, and is true leader on field 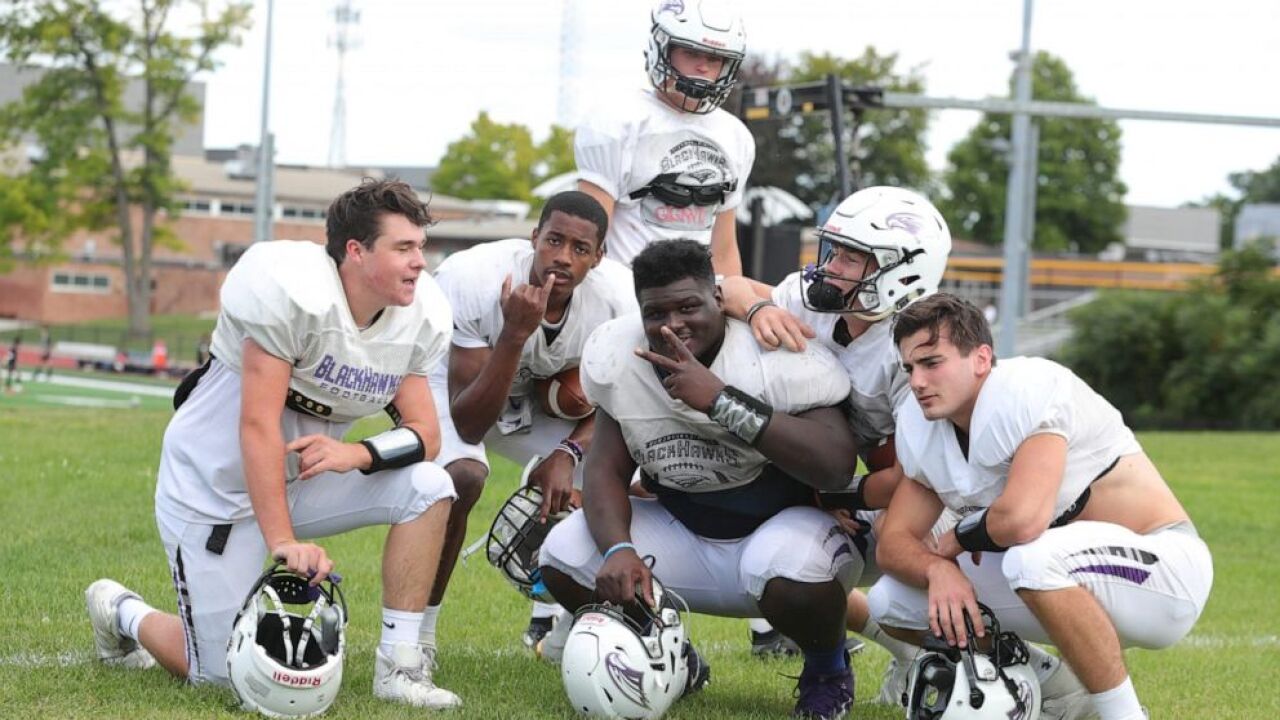 Devin Holmes, a 17-year-old football captain who was born deaf, dominates on the field at Bloomfield High School in Michigan and is headed to play the sport collegiately next year.

Communication on the football field, as any sport, is key and Holmes' teammates on the varsity football squad have learned American Sign Language to help the defensive starter. Holmes also communicates with his coaches, including Dan Loria, through an interpreter.

Holmes told "GMA" that he appreciates his teammates who have shown him a lot of support throughout the season.

"They have chosen to learn ASL to better communicate with me," he said. "My teammates also created gestures to give me better focus during practice and while playing the game."

"I want to give them positive motivation," he added. "...I teach them that we make mistakes sometimes, but we keep going and never give up on our team."

Holmes, who stands 6-feet-tall and weighs 285 pounds, has played football since he was 12 years old. This is his second year as a starter on the defensive line.

Devin's mother, Gail Holmes, said the sport became a passion and is excited to watch him continue playing at Gallaudet University, a school for deaf and hard-of-hearing students, in Washington D.C. next year.

"It's a wonderful feeling and an honor for him as well," Gail Holmes told "GMA." "He's such a hard worker and he's determined to fight any challenges."

Devin Holmes said he's anxious to "make his mark" with his new team at Gallaudet, where he will major in education and minor in coaching.

After graduation he hopes to become a football coach.