Scientists at the Carnegie Institution for Science have discovered 20 additional moons orbiting Saturn -- and they are asking the public to help name them.

"We want to get the world involved," Scott Sheppard, who led the Carnegie moon discovery team, told ABC News. 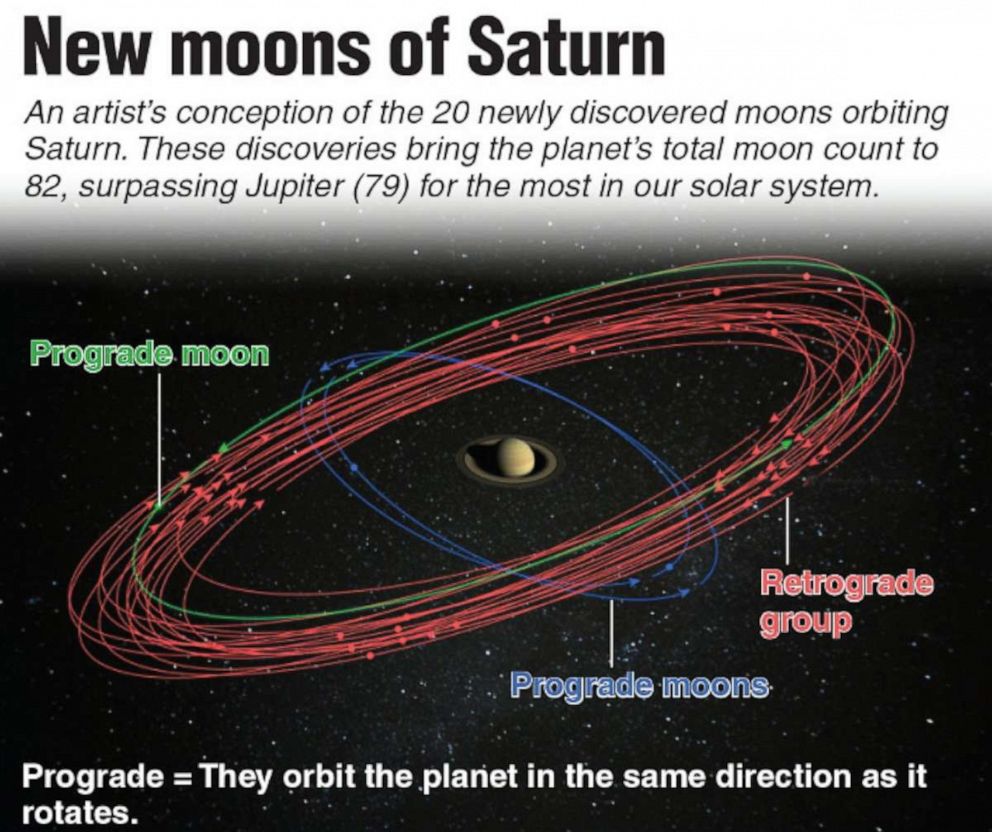 The contest, which opened Monday and runs through Dec. 6, is not entirely open, lest the American public be tempted to name the moons something ridiculous. Scientists learned their lesson back in 2016, when voters in the United Kingdom chose "R.R.S. Boaty McBoatface" as the name for a polar research vessel.

British officials ultimately overrode the public and named the boat after a British naturalist.

Following the tradition of similar groupings of moons, Saturn's moons -- which fall into three groups based on their orbit patterns -- will be named after Inuit, Norse and Gallic mythology, Sheppard explained.

The rules are as follows:

For your chance to name one of Saturn's moons, tweet your idea at @SaturnLunacy, using the hashtag #NameSaturnsMoons, along with an explanation for why you picked the name you did.

With its new moon count, the ringed planet clocks in at 82 moons, surpassing Jupiter, which has 79 moons orbiting it, as the planet in our solar system with the most moons. Saturn's moons range in size, from bigger than the planet Mercury to smaller than a sports arena, according to NASA.

A contest earlier this year to name five of Jupiter's moons was such a success that it inspired the current contest for Saturn's moons, according to Sheppard.

The winners of the Jupiter moon-naming contest were Pandia, Ersa, Eirene, Philophrosyne and Eupheme, all characters from Greek or Roman mythology related to Zeus, who is called Jupiter in Roman mythology. The strongest submissions were creative and included photos, artwork and videos.

Despite the naming guidelines in place, there are already out-of-bounds suggestions on Twitter for naming Saturn, including "Mooncricket" and "Moon Tae-il," in homage to the South Korean boy band singer.

There's also the old classic. "We have received several requests to name a new moon “Moony McMoonface," Sheppard said. "Unfortunately I do believe this does break the rules."