Men are happiest when women bring in 40% of household income, study finds

The sweet spot for men's happiness is when their wife earns 40% of the household income, a new study has found.

The study, published last month, looked at more than 6,000 U.S. households over the course of 14 years. Couples were asked to measure distress in terms of feeling sad, nervous, restless, hopeless, worthless, or note that everything was an effort.

The men in the study, on average, reported a higher level of psychological distress when they were the sole breadwinners of their household, likely due to the tension of shouldering all the financial responsibility.

Their distress lessened as their wives began to earn money, marking the lowest point of distress when the wife contributed 40% of the household income.

Men's psychological distress begins to increase again as women begin to outpace them, according to the study's author, Dr. Joanna Syrda, an economist at the University of Bath's School of Management.

The highest level of psychological stress reported by men came when they were economically dependent on their wives.

"The only [outlier] was for couples who, when they were getting married, the wife was already making half or more than half of the total income," Syrda told "Good Morning America." "Husbands who knowingly married a woman making a similar income or more than them did not suffer psychological distress."

The results show that, despite more women in the workplace, gender stereotypes are still in tact when it comes to the division of labor for husbands and wives outside of the household, according to Syrda. 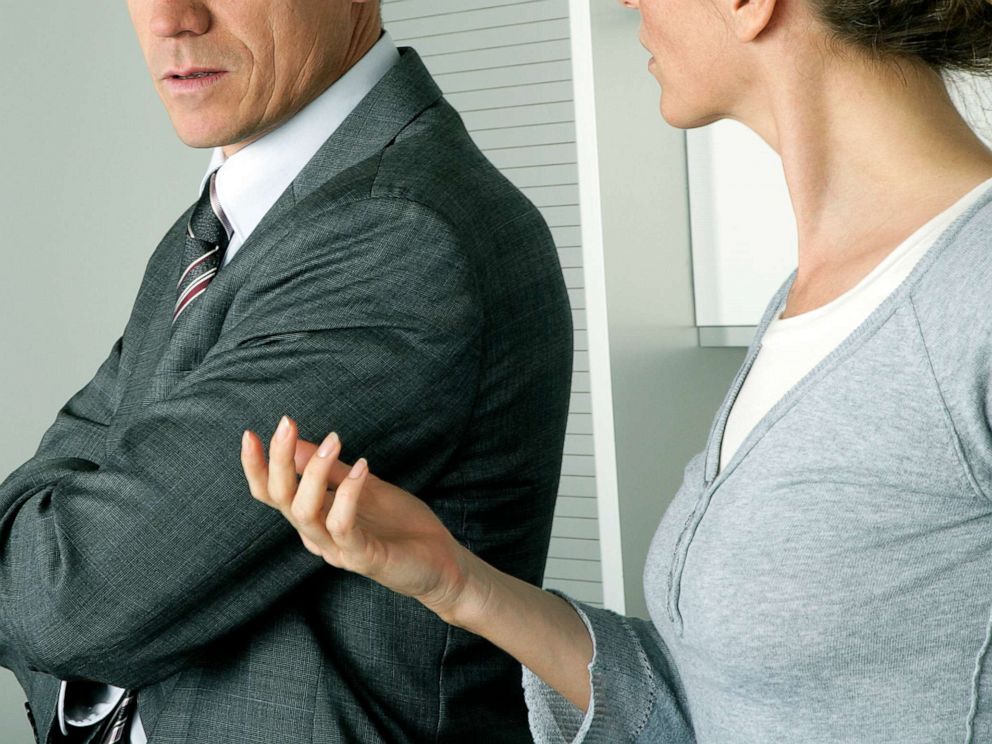 Women already face a gender pay gap in the workplace, where they earn around 80 cents for every dollar their male coworkers make. Almost 47 percent of U.S. workers are women, according to the Department of Labor.

"In the 1980s, in maybe 10% of households the woman made more than their husband and now it’s basically one in three of American households where the woman makes the same amount of money or more," she said. "So the system is changing for sure but one has to wonder whether the [gender] norms are slowing things down."

"The more common it is for the partners to make similar amounts of money or more, that will definitely move that gender norm," Syrda added.

Syrda said it was very hard to find any studies done on how men's stress levels were affected by being the breadwinners of their households.

"Scientists look for new phenomenons [to study] so it tells me it’s so obvious that [a man as the breadwinner] was the case that nobody was studying it," she said. "Women as breadwinners is a new phenomenon."

The findings show that perpetuating gender norms can have not only a negative impact on women's careers, but also on men's mental health.

"This can be a chronic condition if [the wife] earns more than him and that can cause chronic stress," said Syrda, noting that one takeaway from the study may be that if couples talk more about their career ambitions and share their future plans, that may decrease the distress caused by salary differences.