'Dreamer' and business owner detained by ICE; pregnant wife pleads with judge to release him 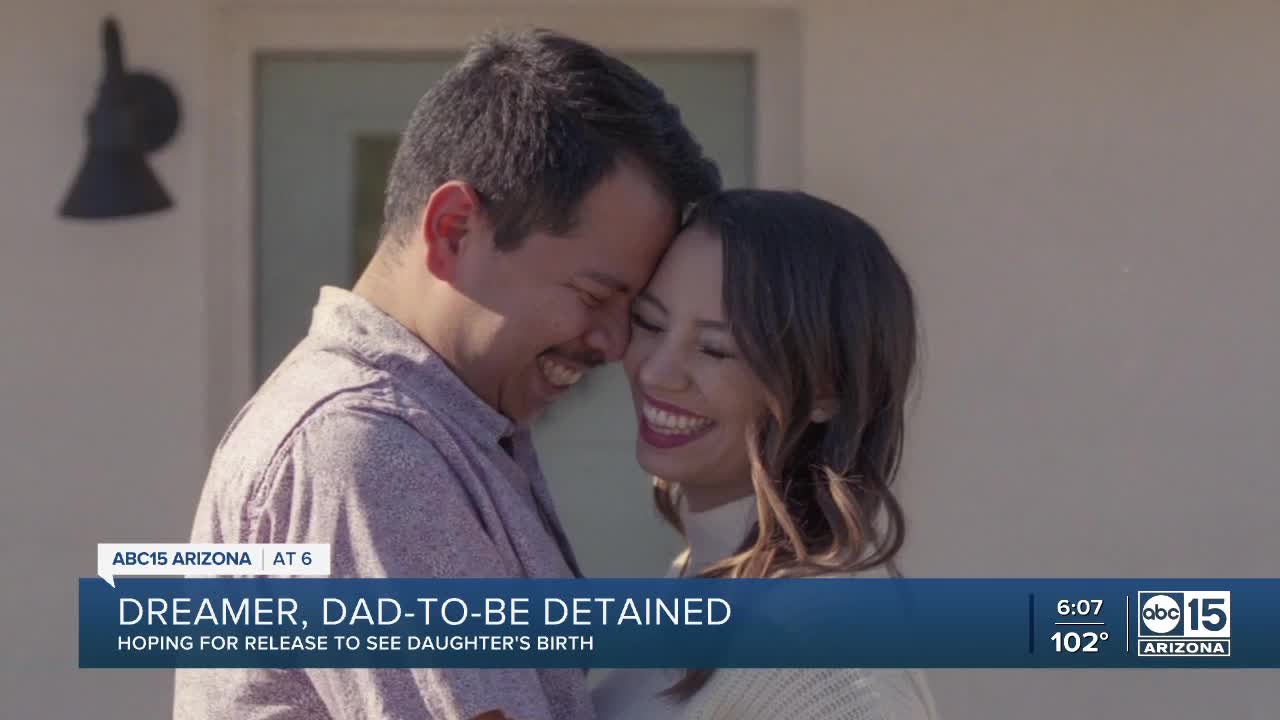 A Valley husband detained by ICE hopes to be released before the birth of his child. 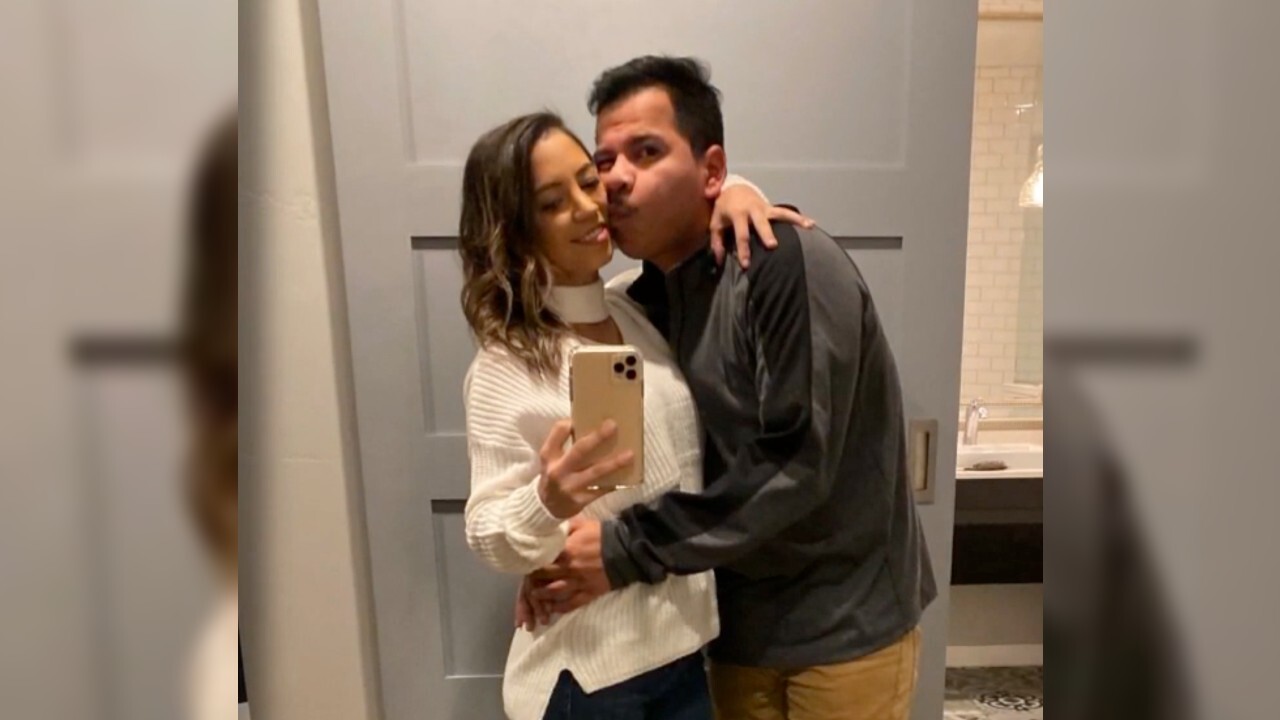 MESA, Ariz. -- An Arizona "Dreamer," business owner and soon-to-be father was detained by ICE agents after serving time for a DUI charge in Mesa. His pregnant wife is due any day now and is hoping an online petition will help convince a judge to let her husband out on bond so he can see the birth of their daughter.

Justine Dachel and Misael Trujillo met at Jewel's Bakery and Cafe in Phoenix, which they now own and run together. They got married in December.

"Our restaurant would fail if he wasn't able to be here," said Dachel.

Trujillo is a "Dreamer." His parents brought him to the United States when he was a child, and until recently, he was a DACA recipient protected from deportation. The Deferred Action for Childhood Arrival program allows undocumented immigrants brought as children to live and work in the U.S.

In 2018, Mesa police reports show Trujillo was charged with "DUI- impaired in the slightest degree" for marijuana. Trujillo tried to fight the charge for more than a year and finally took a plea deal, thinking he'd be able to choose a jail in California and avoid deportation. However, because of COVID-19 restrictions, Trujillo had to serve in Mesa, and ICE agents were notified. He was taken into custody on June 29.

According to an ICE spokesperson, Trujillo remains in ICE custody while he awaits a hearing with an immigration judge with the Department of Justice’s Executive Office for Immigration Review.

The spokesperson also gave KNXV this statement for background on the process:

"ICE lodges detainers on individuals who have been arrested on criminal charges and who ICE has probable cause to believe are removable aliens. The detainer asks the other law enforcement agency to notify ICE in advance of release and to maintain custody of the alien for a brief period of time so that ICE can take custody of that person in a safe and secure setting upon release from that agency’s custody."

Dachel said Trujillo was sober when he was driving, but blood tests showed he had traces of marijuana in his system. Still, she said that shouldn't be enough to remove someone from the only home they've ever known.

"Yes, pay the fines, do the community service, do the work they need to do, but if they are not a harm to society, and they make a mistake--we all make mistakes," said Dachel. "It's just not fair."

Dachel is an American citizen. She is 39 weeks pregnant with their baby girl they've named Beni.

"Because of corona, he's actually the only one allowed in the room with me. So if he doesn't come home, then I'll be by myself," she said.

Ezequiel Hernandez is an immigration attorney in Phoenix. He's not representing Trujillo. He said Trujillo will have to go through the deportation proceedings, and the first step will be to get him out on bond. He said a judge will take several factors into consideration.

Hernandez said the current administration is a lot tougher when it comes to bonds and people who've been convicted.

"They have hardened since the Obama administration to now....where most of the judges will not issue a bond with a DUI, in my opinion," said Hernandez.

Because of COVID-19, Hernandez said many hearings have been suspended, so it's unclear when Trujillo will have his bond hearing.

Dachel said she just wants him at her daughter's birth. She started a petition on change.org in support of her husband. As of Friday evening, it had nearly 15,000 signatures.

"Kind of just tell the judge how many people, how much he's needed in this community, and how many know and love him and how wrong this is that this is happening to us," said Dachel.

Dachel said her doctors will wait as late as next Friday to induce her, but she could have her baby any day due to complications she's been having.

"I know how much he wants to be there, but he just said that I need to do whatever is good for her," said Dachel about her daughter's birth.

Hernandez said bond or no bond, it will be a costly and timely fight to get Trujillo legal status, and it's very likely he'll have to leave to Mexico during the proceedings.

"This is another reminder of why the immigration system has to be reformed, and particularly the DACA population-- obviously they're very fragile in terms of what they could go through, and this is one of those situations," said Hernandez.

This story was originally published by Claudia Rupcich at KNXV.