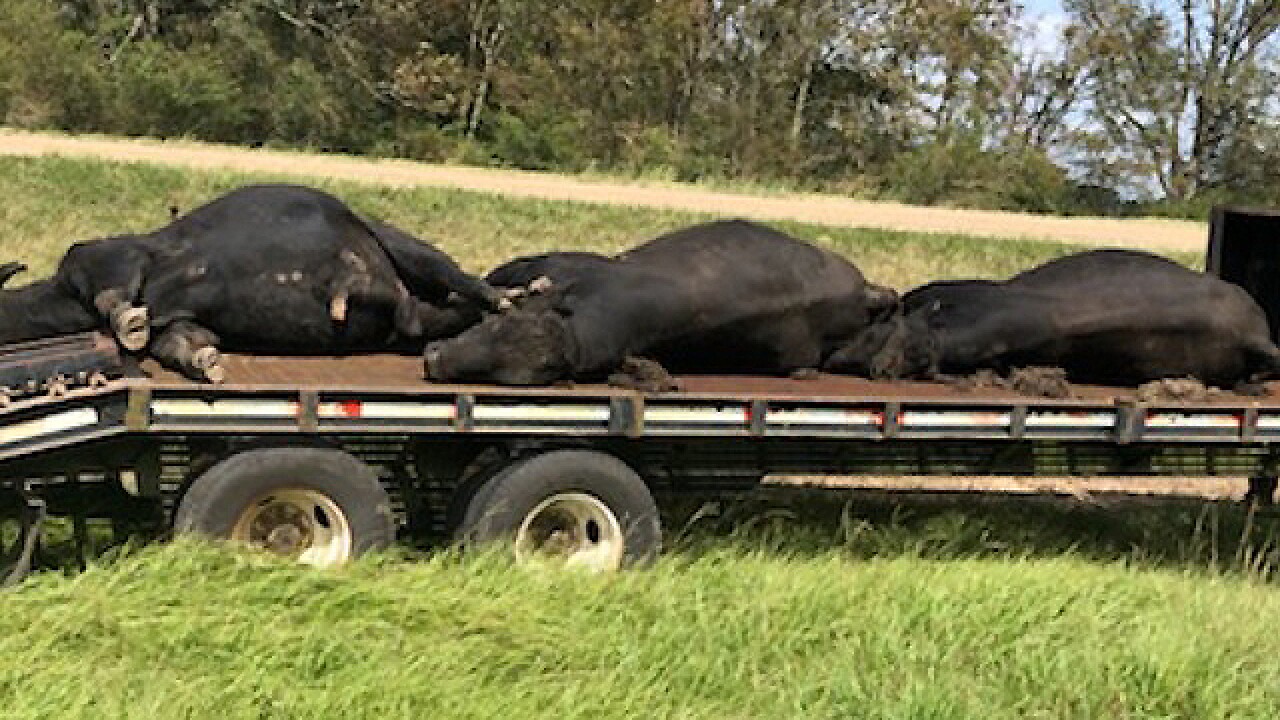 A load of dead cattle in Evangeline Parish. Livestock deaths from mosquitoes have been occurring throughout southwest Louisiana. (Photo by Dr. Craig Fontenot via LSU Ag Center)

Swarms of mosquitos pushed out of the southwest Louisiana marshes by Hurricane Laura are causing several issues with livestock, including "widespread" cattle deaths.

According to the LSU AgCenter, the mosquito population in the southwest part of the state exploded after the storm.

The AgCenter explained that the swarms of the insects drain blood from livestock, and the animals keep moving to ward off mosquitoes and become exhausted.

A veterinarian in Evangeline Parish told the AgCenter livestock mortality has been widespread. According to Dr. Craig Fontenot, one cattle producer lost 20 head while a penned deer operation lost 13 of 100 deer.

Several bulls have reportedly succumbed to mosquitos. It is also common to hear of herds losing four or five head of cattle, the AgCenter says.

The swarms have seemed to made their way out over the past few days. However, some cows are now having spontaneous abortions from the stress.

Several parishes are using airplanes to conduct mosquito spraying. Cattle owners have also been spraying their herds in order to help give the animals a few days of relief.