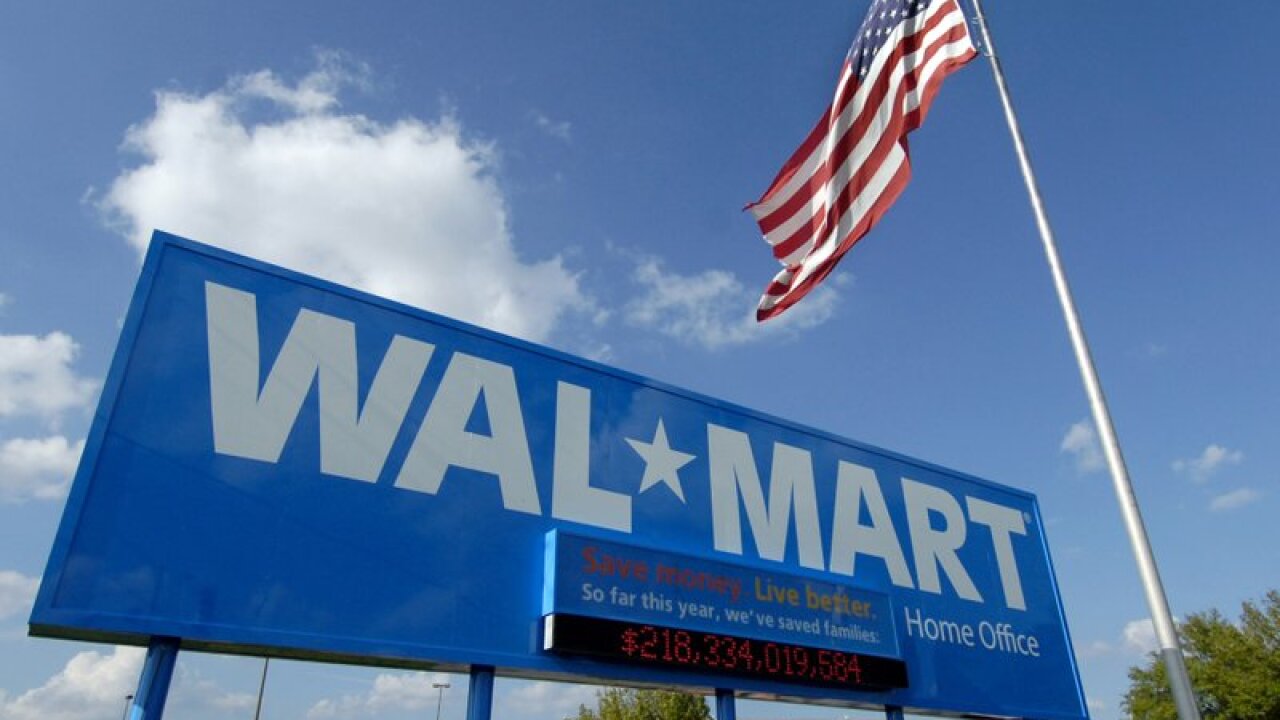 (Copyright 2020 The Associated Press. All rights reserved. This material may not be published, broadcast, rewritten or redistributed.)
April L. Brown
FILE - In this Oct. 5, 2007, file photo, an American flag flies in front of the Walmart Stores Inc. headquarters in Bentonville, Ark. Walmart said Wednesday, May 8, 2019, that it will raise the minimum age for tobacco products and e-cigarettes to 21 in an effort to combat tobacco sales to minors. The world’s largest retailer says the new rule will take effect in July, and will also include its Sam’s Club warehouse stores. (AP Photo/April L. Brown, File)

YAKIMA, Wash. (KIMA) — Police say they responded to a Yakima, Washington, Walmart where they believe a 12-year-old boy was molested in the bathroom.

Authorities say the victim was washing his hands on Wednesday November 27 when 29-year-old Michael Murr offered to zip up his pants.

The boy told police he did not have a zipper on his pants, but he says Murr reached inside of his boxer briefs anyway.

Law enforcement says that's when the boy pushed Murr away and ran out of the bathroom.

Deputies say that after they arrested Murr, he admitted to putting his hands inside of the boy's pants, saying he wanted to touch the boy's private parts.

According to an affidavit, Murr is a registered sex offender who has a previous conviction of 1st Degree Child Molestation.

Officers say they are charging Murr with 2nd Degree Child Molestation for the Walmart incident.