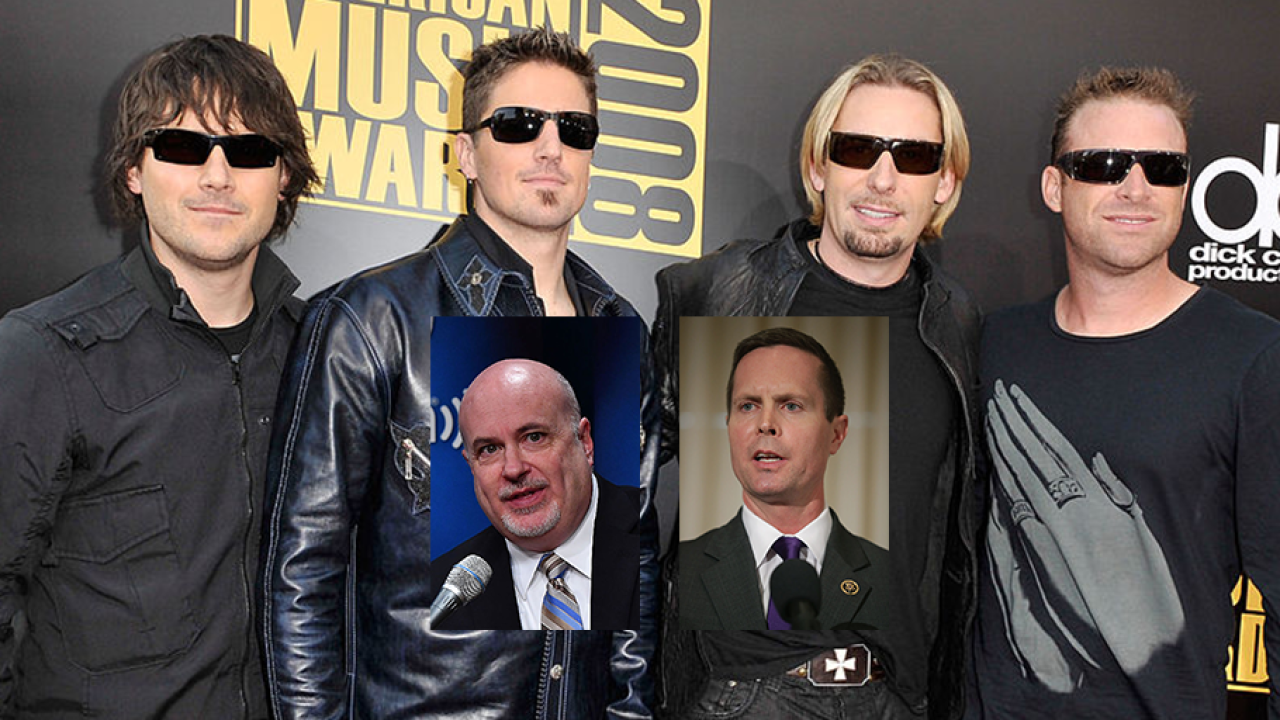 The current cavernous gap in ideology between America's two political parties was on display again in the House of Representatives earlier this week. But this time, the topic wasn't border security, healthcare or presidential powers.

Democrats and Republicans chose to trade barbs about the band Nickelback.

The discussion cropped up during debate over a voting rights provision. Rep. Mark Pocan (D-Wisconsin) mentioned that only four in 77,000 were in favor of the provision.

"That's probably about the percent of people who think Nickelback is their favorite band in this country — it's pretty low," Pocan said.

Pocan was likely drawing on anti-Nickelback sentiment that has become a meme in recent years. In 2010, a Facebook group called "Can this pickle get more fans than Nickleback?" surpassed the band in Facebook likes , and the following year, angry blow-back from Detroit Lions fans caused the band to leave a halftime performance early .

But Rep. Rodney Davis (R-Illinois) was not about to let his colleague from across the aisle drag his favorite Canadian post-grunge band through the mud.

"Why would you criticize one of the greatest bands of the ’90s?” Davis asked.

"Wow. One more reason why there's a difference between Democrats and Republicans," Pocan said.

Davis continued to "Stan" Chad Kroeger and the gang when he took the podium on the House floor.

“I actually do have a Nickelback song on my running playlist that I listen to on a regular basis. I was ridiculed [for] that when I posted my playlist one time, and I know some in this chamber, even up at the dais, are still laughing about that,” Davis said, according to Consequence of Sound .

Davis later said he would "face the consequences" at the ballot box for his continued support of Nickelback. And by the looks of his Instagram story, his constituents are not pleased with the latest policy development. According to a poll on Davis' official Instagram page, 70 percent of people broke from the Representative in saying Nickelback was not on their playlist.

Illinois Rep. Rodney Davis defended Nickelback on the House floor and paid for it on his Instagram story. https://t.co/0ZvR45ex5H pic.twitter.com/h8jjfeFTZ2

For the record, four in 77,000 works out to a percentage to .00005 percent of those in favor of the provision. Currently, 17 million people "like" Nickelback on Facebook — a platform that an estimated 5 billion people use worldwide. That works out to a percentage of .0034 Facebook users who "like" Nickelback — meaning the band is substantially more popular than the voting rights provision.