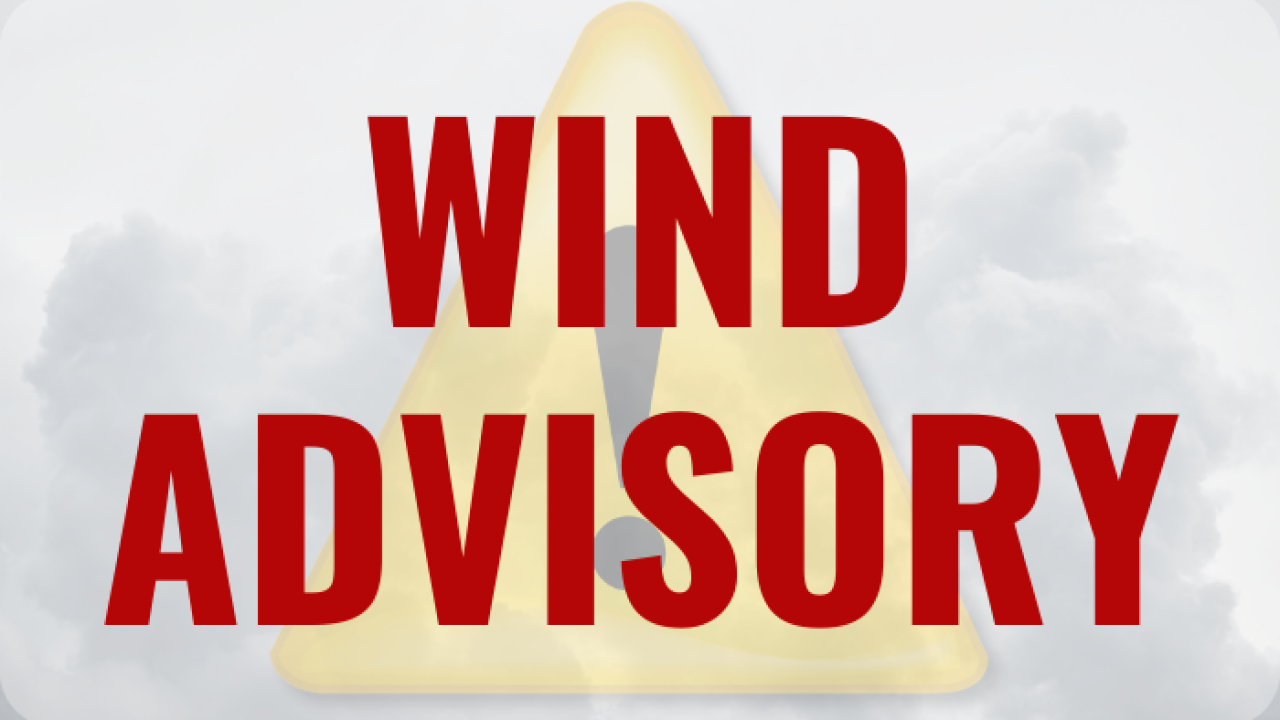 The Wind Advisory is in effect from 10 a.m. on Monday until 6 a.m. on Tuesday.

Here's a breakdown of the cold front expected to arrive on Veterans Day:

The NWS recommends people secure outdoor items that could be blown around. Driving on roadways could become difficult as well, especially for high profile vehicles.

Those affected by the advisory should also secure trash cans, lawn furniture, and other lightweight outdoor objects that may be blown around in the strong winds.

According to the National Weather Service, "A Wind Advisory means that sustained winds of at least 20 to 30 mph are expected. Winds this strong can make driving difficult, especially for high profile vehicles. Boaters should use extra caution when venturing onto area lakes. Residents may wish to take action to secure trash cans, lawn furniture, and other lightweight outdoor objects that may be blown around in the strong winds."