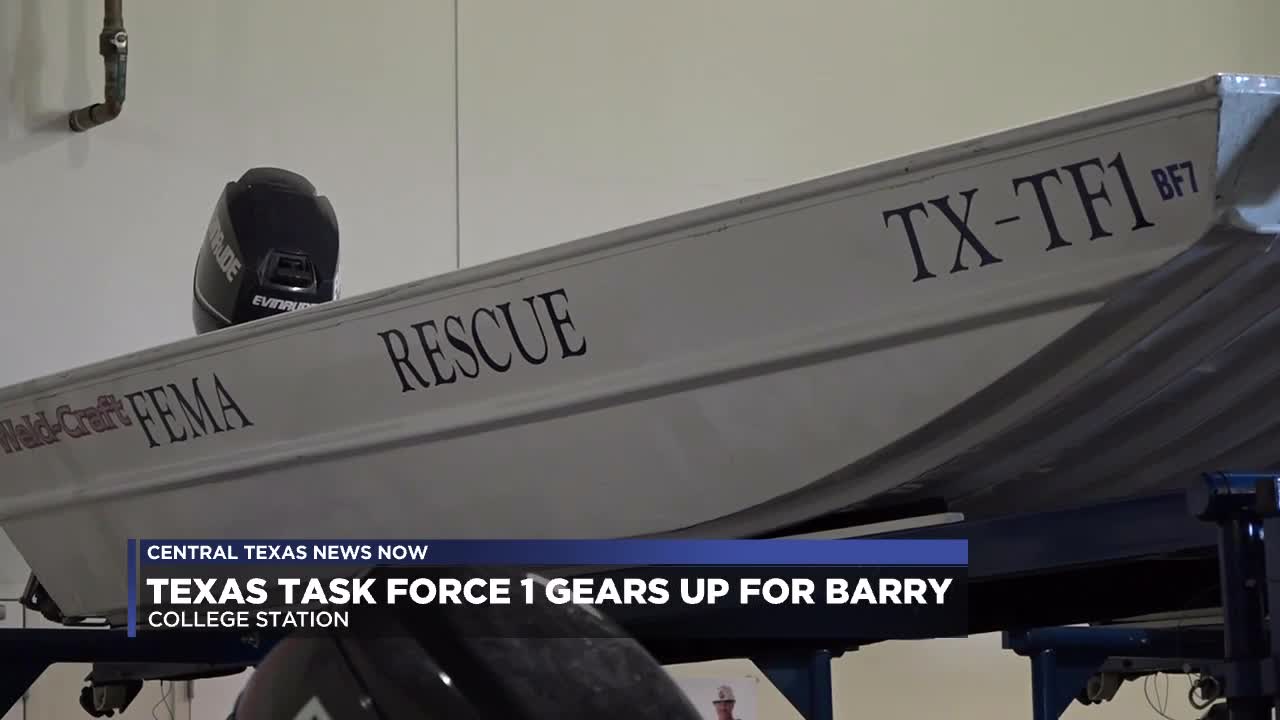 Texas Task Force 1 is a Texas’s original urban search and rescue team. As one of the 28 FEMA teams within the United States, Texas Task Force 1 explained they can be ready for any disasters in four hours or less.

COLLEGE STATION, TX — Texas Task Force 1 is the state's original urban search-and-rescue team. As one of the 28 FEMA teams within the United States, Texas Task Force 1 explained they can be ready for any disasters in four hours or less.

“Our requirement is to be wheels up from this location in four hours, and we’ve always been able to do that...whatever we can do to get the people that are in need quickest to the scene that’s what we’re going to deploy,” explained Jeff Saunders, Director of Texas Task Force 1.

Saunders says they’re known for being "ready at a moments notice," having been at all major U.S national and natural disasters since their establishment in 1997. Saunders says they pride themselves on being ready for anything.

“[Texas Task Force 1] was created to respond to incidents that require specialized training and equipment specifically to urban search-and-rescue, and in the 23 years that we’ve been in existence, we’ve gone on to be very proficient,” said Saunders.

The team has aided in the recovery of over 40 coastal storms, as well as the recovery from the attack on the World Trade Centers and the Pentagon.

When asked about their activity regarding Tropical Storm Barry, Saunders explained they have yet to be asked to step in but they can be ready in under four hours.

“Whatever we can do to get the people that’s needed quickest to the scene, that’s what we’re going to deploy...we’re faster today than we ever were 20 years ago,” said Saunders.