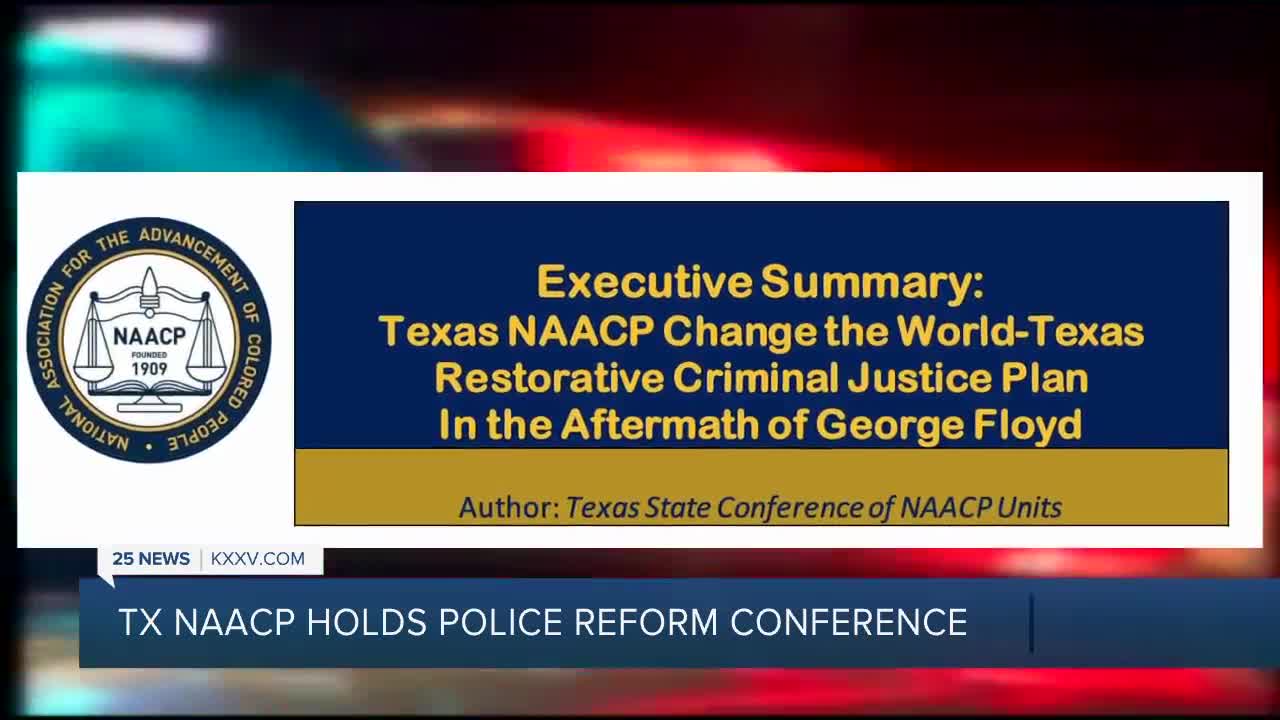 The Texas State NAACP conference has released their Change the World - Texas Restorative Criminal Justice plan in an effort to change the world of policing here in the Lone Star state.

The comprehensive plan aims to reform policing throughout the state with the goal of creating a culture in policing that fully respects Black Texans.

“We tried to put a comprehensive recommendations out there, but we are not anti-police by any stretch of the imagination. We are pro-police, we want good police," said Gary L. Bledsoe, NAACP Texas Conference President.

“We think we will help police by getting rid of the bad police, and maybe that's something they can't do because we work with them, so we need to come out and identify the bad ones and get rid of them so we can all walk together arm in arm," said Bledsoe.

The plan mentions a Texas A&M University study looking at whether race matters when it comes to the use of force. The study revealed white officers use force five times more often on average than Black officers and fire their guns twice as often when responding to similar calls.

“We asked essentially does race matter, if race doesn't matter, if calls in Black neighborhoods are more dangerous white and black officers, should be scaling up their use of force exactly by the same amount," said Texas A&M University Professor of Economics Mark Hoekstra.

The NAACP says this study sheds light on the flaws within the system, specifically officer training and evaluation, which is a key area focus of the plan.

“Texas law that requires in-service training and eight hours of sensitivity training is part of that 40 hours, but we still have this actually going on here and other places around the country, so something is not going right with that,” said Bledsoe.

In Bryan and College Station, Black community members believe engagement from officers should be top priority.

“Actually have the officers that are patrolling the areas actually get out of their cars knock on doors sometimes, meet the kids and the families that are in the area so if they ever do have a problem, they will feel comfortable reaching out to that officer,” said Black Lives Matter Bryan/College Station co-founder Tre Watson.

One important step of the plan is reaching out and creating conversations involving different races, religions, and beliefs with the hope that those conversations will yield truth and reconciliation initiatives in communities across the state.

The state chapter of the NAACP hopes that the Change the World Texas plan will set an example for other states to follow in an effort to reform policing in the country.