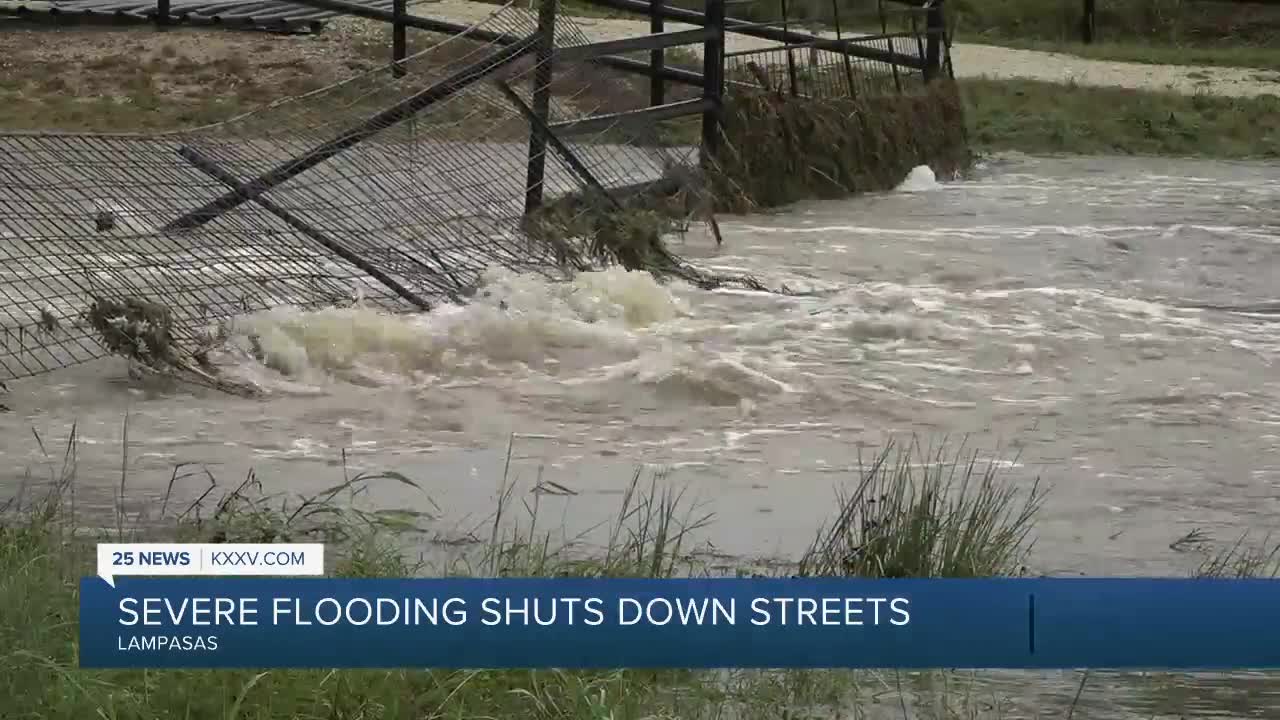 Flooded roads across Lampasas, Texas, are starting to recede Thursday evening as heavy rains moved through the area.

Flooded roads across Lampasas, Texas, are starting to recede Thursday evening as heavy rains moved through the area. Though the rain has stopped, waters across streets like CR-2200 are just starting to lower.

One woman who lives on the other side of this road says she's never seen it flood quite like this.

“I’ve not seen it this big before,” said Jean Rosler.

With heavy rains throughout the night, Rosler and her husband head down to CR-2200 to check on their land.

"We just wanted to come down here and make sure that the water gaps were not knocked down, and they are," she explained. "So when the water recedes, he’ll have to come out and fix it. Our house is way back up there on the hill. We just can’t get home.”

“We had about seven roads that had to be closed but they opened quickly once the water subsided, then we went ahead and opened them up," said Lampasas County Sheriff Jess Ramos.

Sheriff Ramos says it's been an all-hands-on-deck type of day for the office. Though few roads are flooded, for now he is grateful for some showers.

“We’ve been in a drought for awhile here, so we’re actually very glad we got the rain,” said the sheriff.

September 2020 has been extremely wet so far in Central Texas. More than five inches of rain has been recorded in the last 48 hours at Waco Regional Airport, being the wettest first 3 days of September on record.

With the rain leaving behind flooded roads, Sheriff Ramos says no matter the type of vehicle you have, it’s not worth trying to cross.

“We don’t want them to take a chance and cross it and then be washed away, especially if there’s fast running water going across,” he explained.

“Be careful and turn around,” urged Rosler

About 15 cars did drive though the flooded road when it was at its highest. Sheriff Ramos says they are expecting more showers Thursday evening, so he's asking everyone to not try and cross.