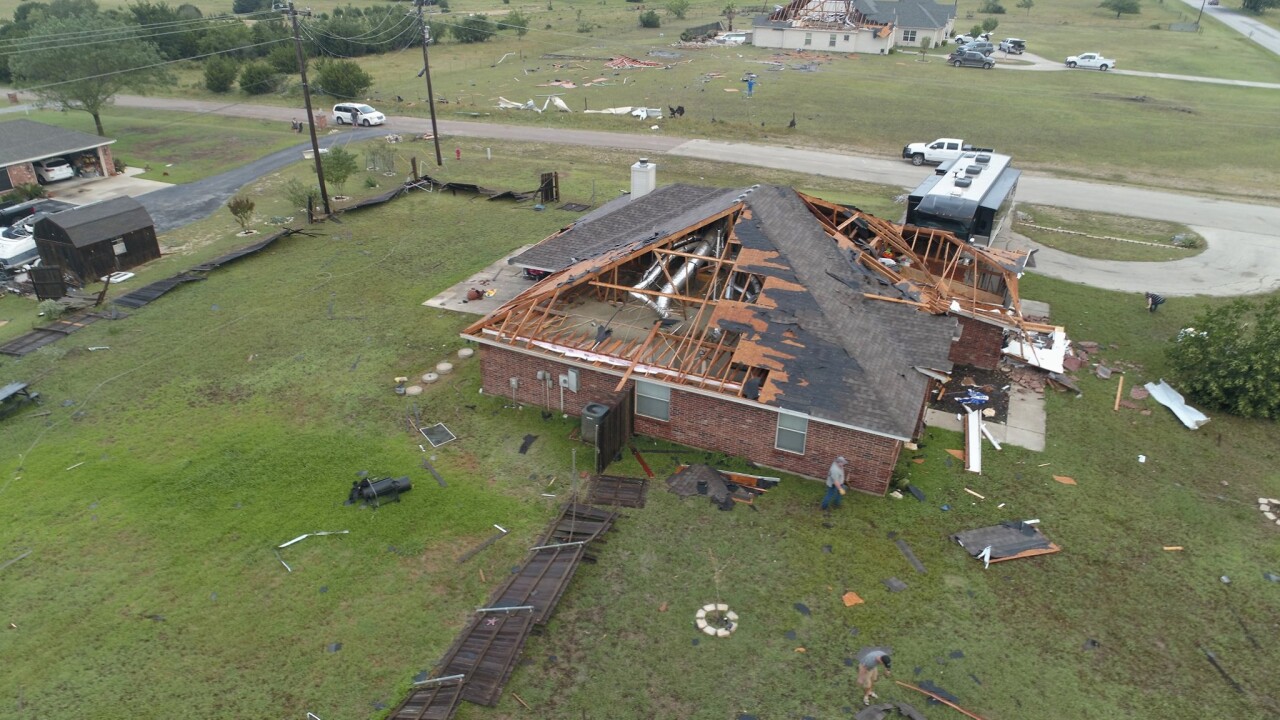 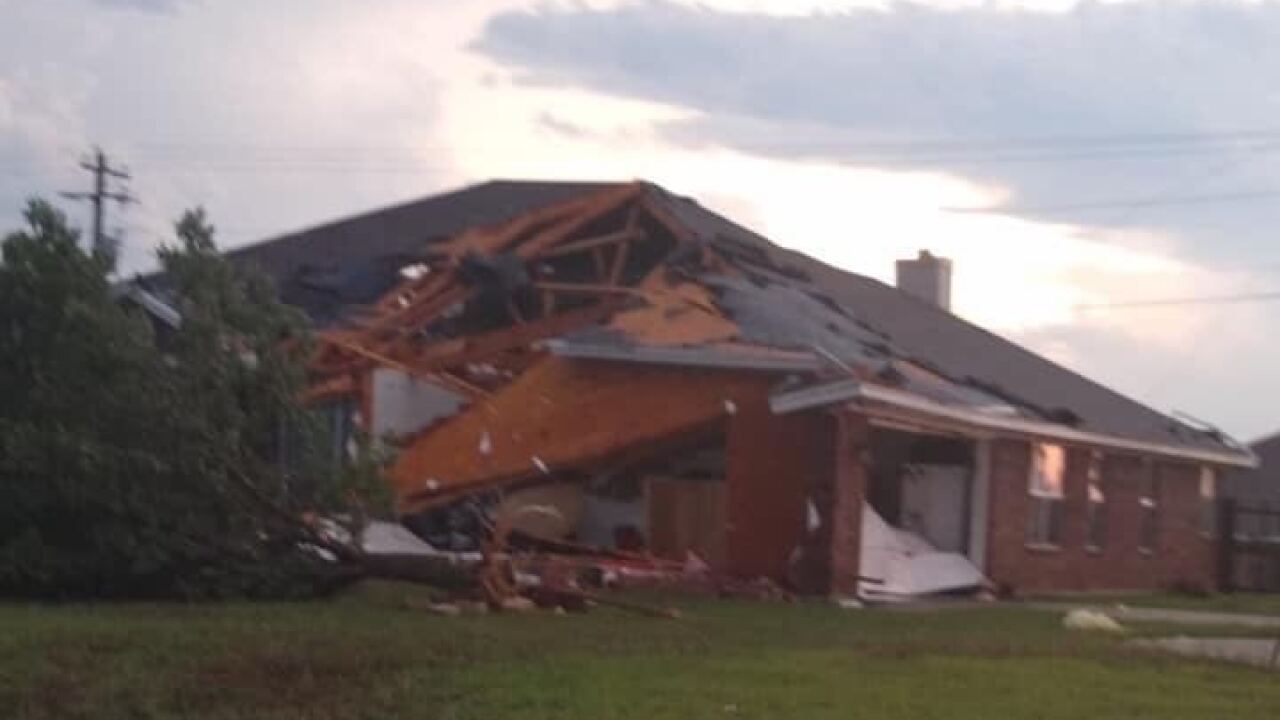 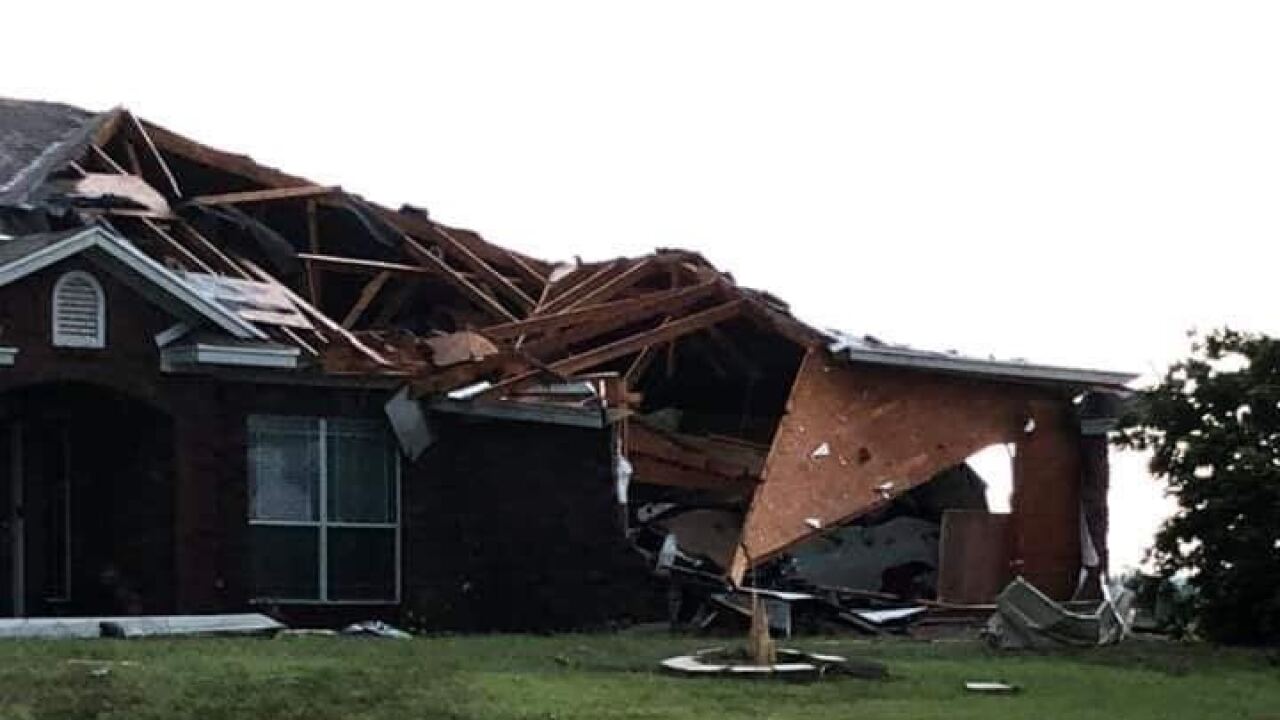 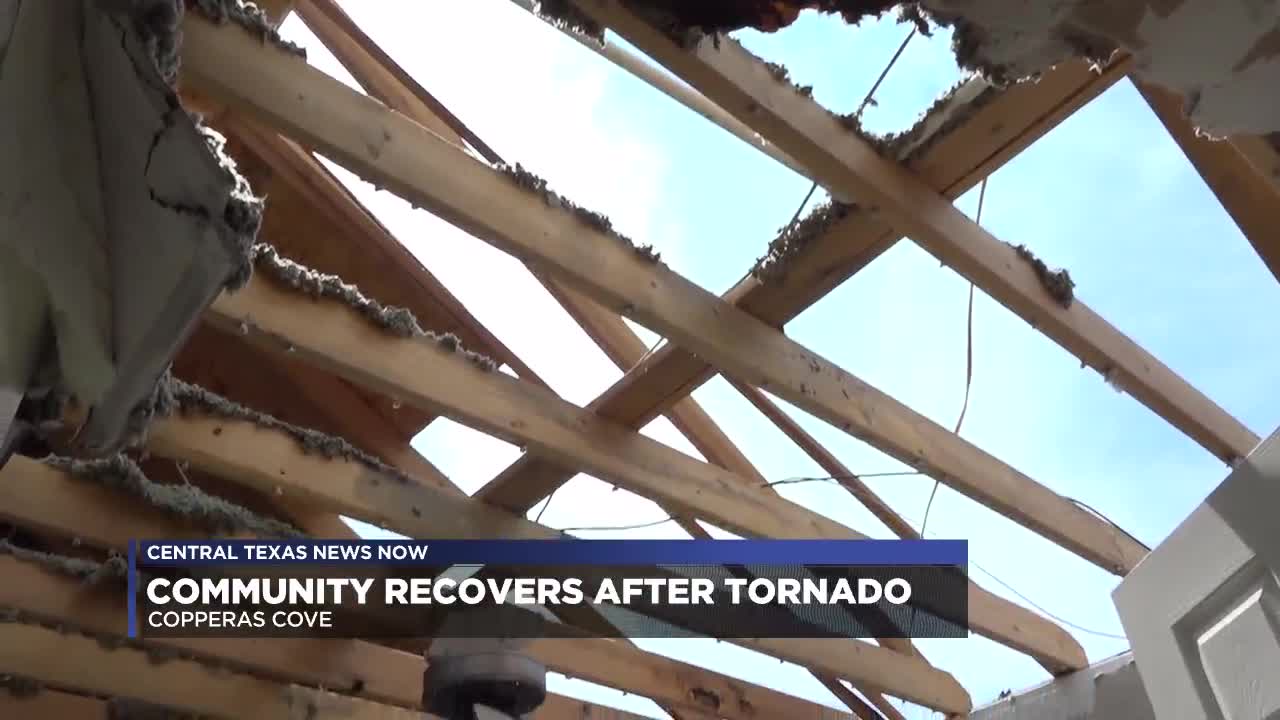 The National Weather Service has confirmed that an EF-2 tornado touched down in Copperas Cove on Sunday.

The first report of a tornado was at 5:28 p.m. It hit neighbors on the west side of town near Big Divide Road.

On Wednesday, Copperas Cove Mayor Brandi Diaz issued a disaster declaration for the area of the city that was hit by the tornado. The mayor determined that extraordinary measures must be taken to alleviate the suffering of people and to protect or rehabilitate their property.

There were nearly 200 homes damaged in the area. Officials said 196 homes are damaged. Of those, officials said three are uninhabitable.

On June 17, representatives from the Building Officials Association of Texas Disaster Response Team will be conducting a preliminary damage assessment of properties located within the area near Big Divide.

The officials will be wearing identification tags with BOAT Disaster Response Team on them. Residents are encouraged to share information with team members if they are approached and to not be alarmed if they are seen in the are conducting the assessment.

Daniel Luna's home was destroyed in a matter of minutes.

The roof was ripped off his house, causing the ceiling to cave in. Insulation and broken glass are scattered throughout his home, mainly in the dining area and bedrooms.

When Luna heard one of his windows shatter, he led his wife and son to the bathroom to take cover.

They sat there terrified for about 15 minutes.

"I could just hear the devastation that was happening outside of the bathroom," Luna said.

Luna said water was coming down on them. In that moment, he thought this may be the end.

The tornado's winds were so strong that it uprooted one of the trees in his front yard. Another tree was snapped at its base and was carried so far off Luna's property that he has no idea where it ended up.

The contents of his attic are visible from the road through a hole in his roof. The ceiling over the garage came crashing down over his motorcycle and two cars.

But Luna isn't worried about material possessions. He was able to save what mattered, his family and priceless items like photos and other keepsakes.

"We survived, so that was the most important thing," Luna said. "As bad as it looks, I really don't care about all this stuff. We will figure this out."

Luna is working with his insurance company to find out if the home he's lived in for six years is a total loss.

The families displaced by the tornado have made arrangements to stay with family and friends, according to officials.

At this time, there is no estimate on the amount of damage. No injuries have been reported.

Officials said that as soon as the National Weather Service issued warnings for the area, the city sent out notifications by CodeRed to residents.

"Bottom line, no one was hurt, some property was damaged and generally we are all okay," said Gary Young, Deputy Fire Chief.

Viewers have been sending in multiple photos and videos of the damage.

The city asked earlier in the evening that citizens refrain from visiting the area to help ease the congestion. The neighborhood that was damaged in Copperas Cove was congested with onlookers.

Power outages are also affecting the area. According to Oncor, Copperas Cove initially showed 32 power outages affecting 847 customers and by 11 p.m., that number was down to around 500 affected.

Most restoration times are unknown right now until more evaluation of the damage is complete.

Copperas Cove police sent out a message immediately after the tornado saying there were no injuries reported.