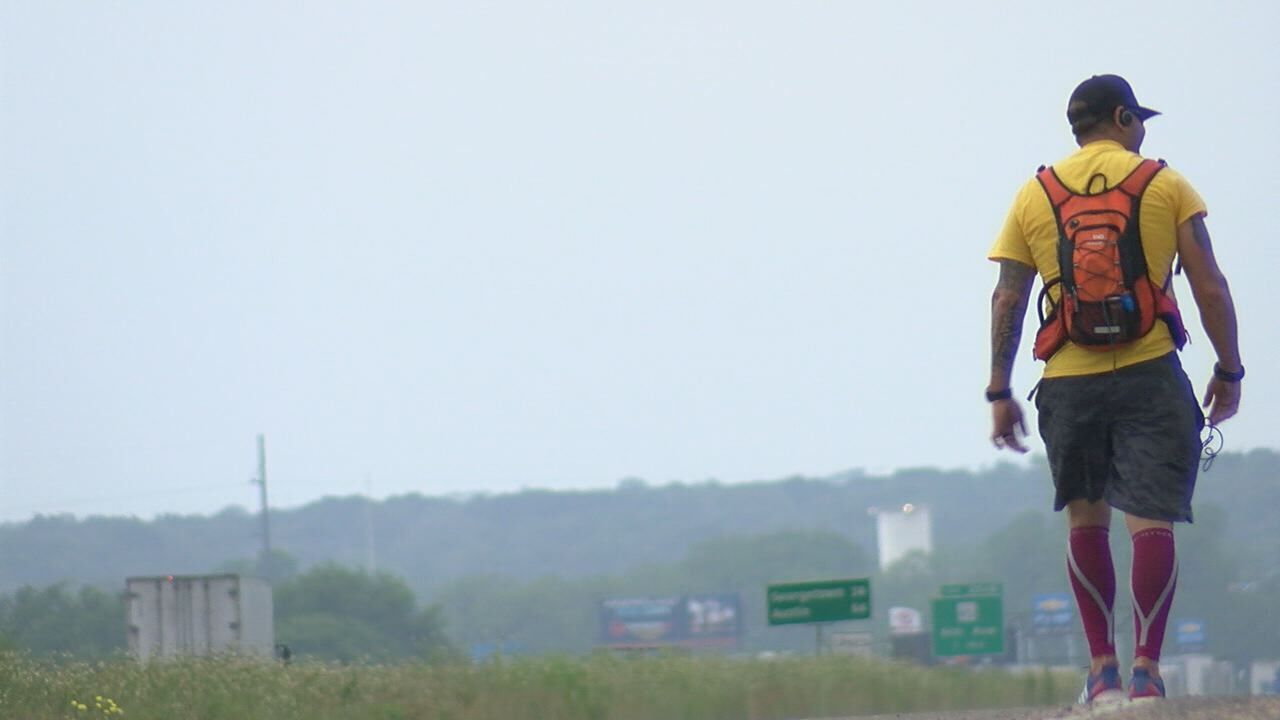 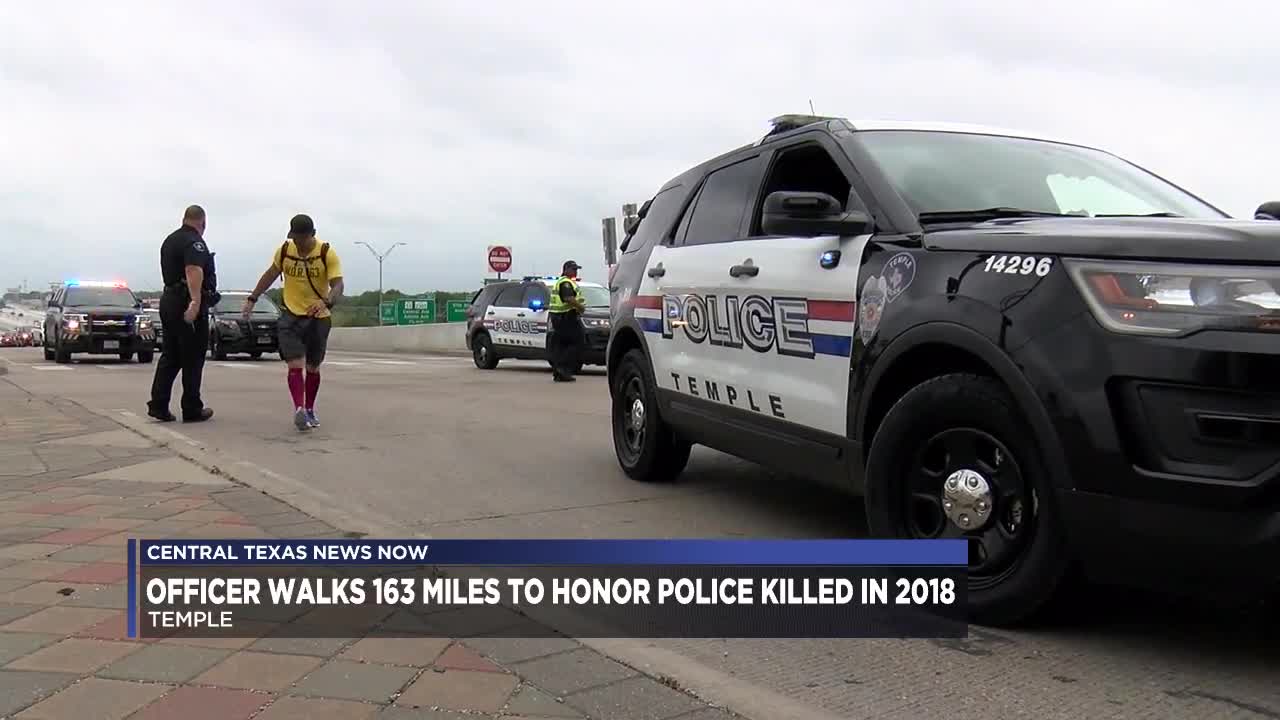 TEMPLE, TX — Sergeant Brent Wright, a North Texas police officer, is doing his part to remember the lives lost in the line of duty in 2018.

The “Walk of Reflection” is 163-miles and will end in Austin.

Sgt. Wright has been in law enforcement for 18 years and said he felt like officers have been dying too often, and he had to do something about it.

"Last year about September, I was walking and it just seemed like somebody was dying every week and I just wanted to do something to ensure that they were at least remembered,” Sgt. Wright said. "I think about them, they are the ones that are driving me through this. When it gets tough and I am getting sore, I just start thinking about what they went through and I just drive on."

With the support of community members and his fellow brothers and sisters in blue by his side, Sgt. Wright has been walking over 20 miles a day.

"It's great and it's just support that makes it very nice,” Sgt. Wright said. "I had a complete stranger come up to me to tell me 'Thank you,' and I had a gentleman run down the service road to give me a water and he said, 'This is all I have, but here you go,' and I was like that's awesome."

The Walk of Reflection will continue every year and Sgt. Wright said he hopes more people will be a part of it in the years to come.

Wright added that the final mile of his walk will be dedicated to a Texas officer killed in the line of duty.

The “Final Mile” will be walked in honor of Corporal Richard David Barreda of the DFW International Airport Police Department,who died in a motorcycle accident after four years of service.

The 2019 Walk of Reflection started on April 25 in North Richland Hills and will end on May 4 at the Texas State Capitol Police Memorial in Austin.

Sgt. Wright will be delivering a black and white flag to the Police Memorial in Austin signed by fellow police officers. Sgt. Wright is also walking to raise money for two different nonprofit organizations, Concerns of Police Survivors (COPPS) and Alliance for Children.

As of Wednesday, Sgt. Wright had just under 70 miles left in his walk.