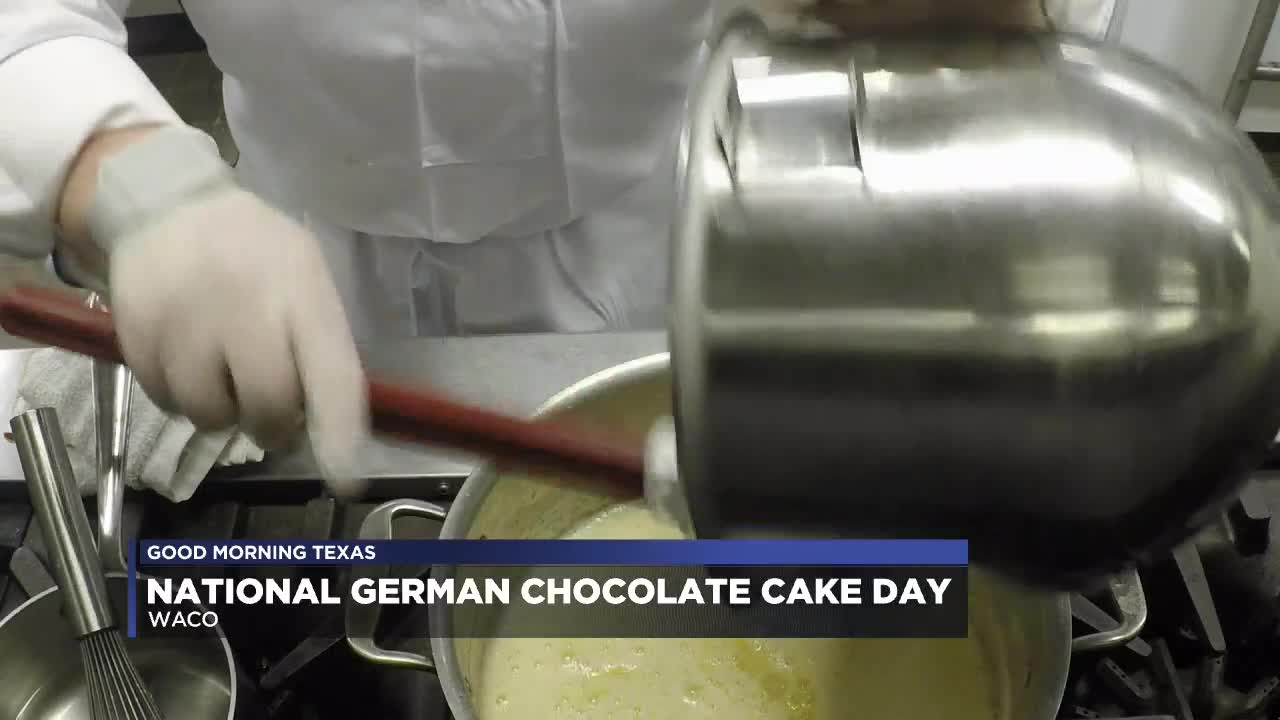 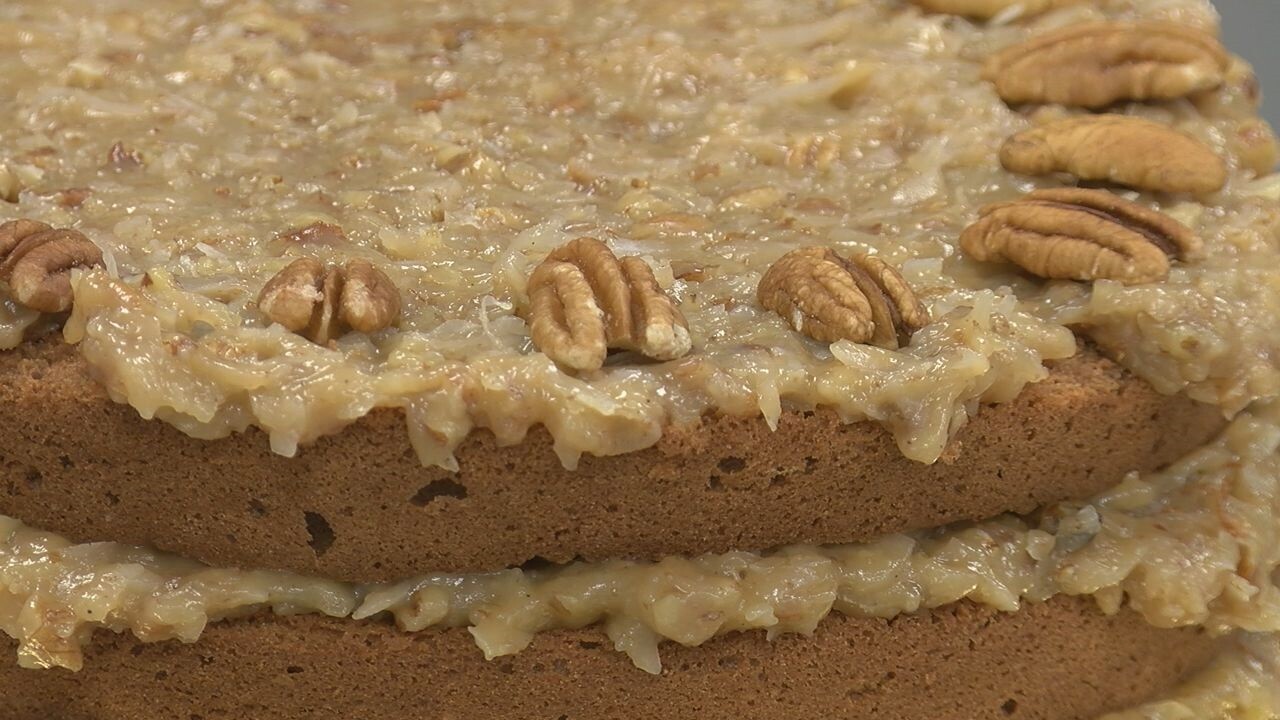 WACO — June 11 is National German Chocolate Cake Day, but despite the name, the cake is not German at all, it’s Texan.

Around 1852, Samuel German, who was a chocolate mill for the Baker’s Chocolate Company, developed a chocolate that was higher in sugar. If you walk down the baking aisle at your local grocery store you will find Baker’s German’s Sweet Chocolate Bar.

In 1957, Mrs. George Clay submitted a recipe for a German Sweet Chocolate cake that used the German’s Sweet Chocolate into the Dallas Morning News. After seeing the positive reaction, the Baker’s Chocolate Company sent the recipe to newspapers to be printed all over the country. In 1963, President Lyndon B. Johnson served the cake at his ranch while hosting German Chancellor Ludwig Erhard. Since then, the cake has grown in popularity despite the confusion that comes with the name.

“I think it was able to take off so quickly because it is a lot like the Texas sheet cake, which is basically a chocolate cake with icing poured onto it and then baked again. This kind of took that and elevated it up with pecans, and the coconut, and that really sweet topping. So it made a little bit more fancy,” said Michele Brown, a Certified Executive Pastry Chef at Texas State Technical College in Waco. “It’s ridiculous, it is all the best things, butter, milk, coconut, pecans, chocolate, it’s a staple in the state of Texas.”

Heat oven to 350 degrees Fahrenheit. Combine the flour, salt and baking soda into a bowl, set aside. With a double boiler or microwave, melt the chocolate and let cool.

With an electric mixer using a paddle attachment, cream the shortening and sugar until fluffy, about 2-3 minutes. Continue mixing and add the egg yolks to the shortening mixture one at a time. Once the eggs are incorporated, add the melted chocolate. In multiple batches, add the dry ingredients into the chocolate mixture, alternating with the buttermilk. Once combined, add the vanilla extract.

Place the egg whites into a separate bowl and whip on high with an electric mixer until stiff peaks form, about 3-4 minutes. Gently fold the egg whites into the cake batter. Pour the mixture into 3 greased (8- or 9-inch) layer cake pans. Bake for 30-35 minutes.

Remove the cake from the oven and let cool for 15 minutes. Turn the cakes on cooling rakes for further cooling. Once completely cooled, add a generous layer of coconut pecan frosting to the top of one cake. Top with an additional layer of cake. Continue this step until all cake and frosting is used.

For Coconut Pecan Frosting
Place 1 cup evaporated milk, 1 cup sugar, 3 egg yolks, ½ cup diced, unsalted butter, and 1 teaspoon vanilla extract into a saucepan. Warm over medium heat until the butter melts. Stir occasionally. Bring to a simmer and cook until thickened, about 12 minutes. Pour the mixture into a bowl. Add ½ cups of coconut flakes and 1 cup chopped pecans. With an electric mixer using a paddle attachment, beat until the frosting is think enough to spread.