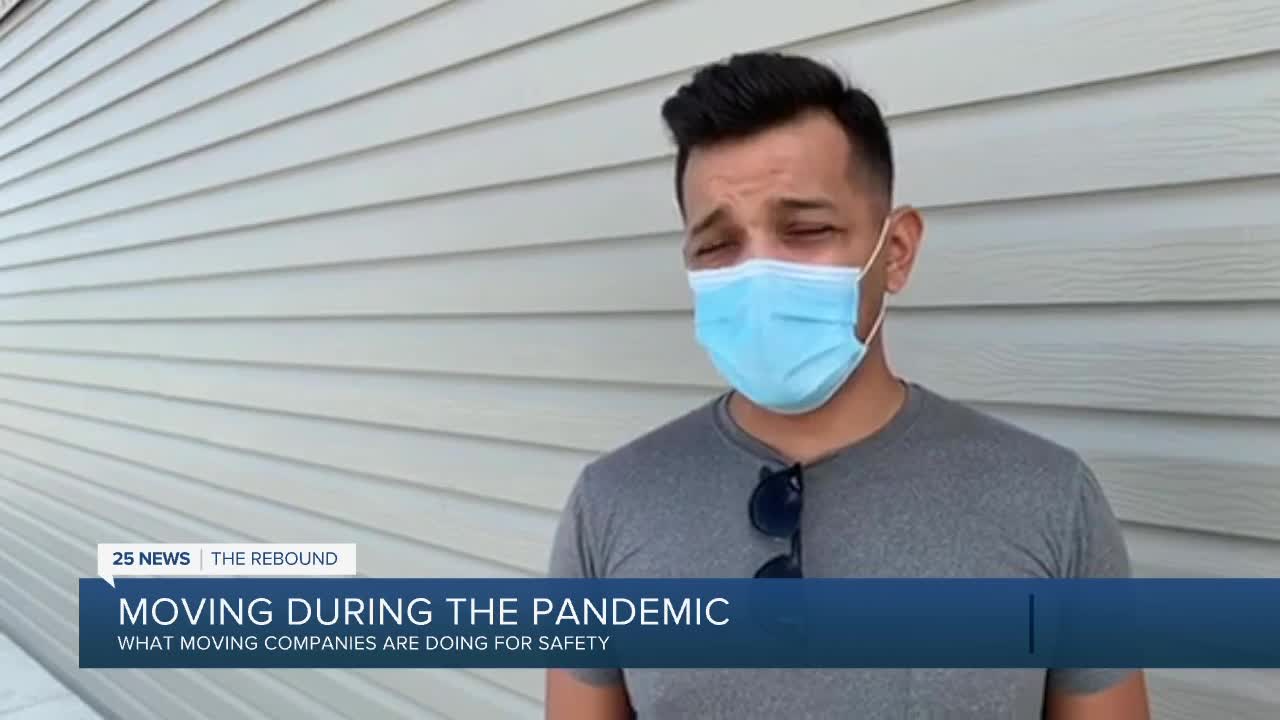 COLLEGE STATION, TX — Moving during a pandemic has added a new level of stress for not only people moving, but on the moving companies that people hire to make the process smoother.

Dan Daniel with D&D Moving And Storage says being in charge of a moving company this year has been nothing but curveballs.

While not everyone moving needs to hire the services of a moving company, people like Gonzalez say that finding a company that is taking proper precautions is important.

“Especially for people who need it, I definitely think that it would be wise to just make sure the company your choosing is complying with state regulations and making sure you are voicing your concerns to them if they are not,” he said.

Along with the proper personal protection equipment, starting next week D&D Moving will be using a product from a local distributor called "BIOPROTECT" that will allow them to disinfect a client's home after a move.

“What this going to do is allow us to come into a home after we move the stuff in and sanitize the home, disinfect the home. After we do that, wait 15 minutes to apply another product that’s a surfactant that's actually going to protect the home from any bacteria or viruses for up to 90 days,” said Daniel.

While it is that time of year for Texas A&M students to move back, Daniel says they haven’t seen students returning as in years past. In fact, D&D Moving has gotten more jobs to move students belongings to storage units, as some will not be returning for the fall semester.

Texas A&M students who will be living on-campus or through campus housing will start moving in as early as August 8 depending on their housing assignment.