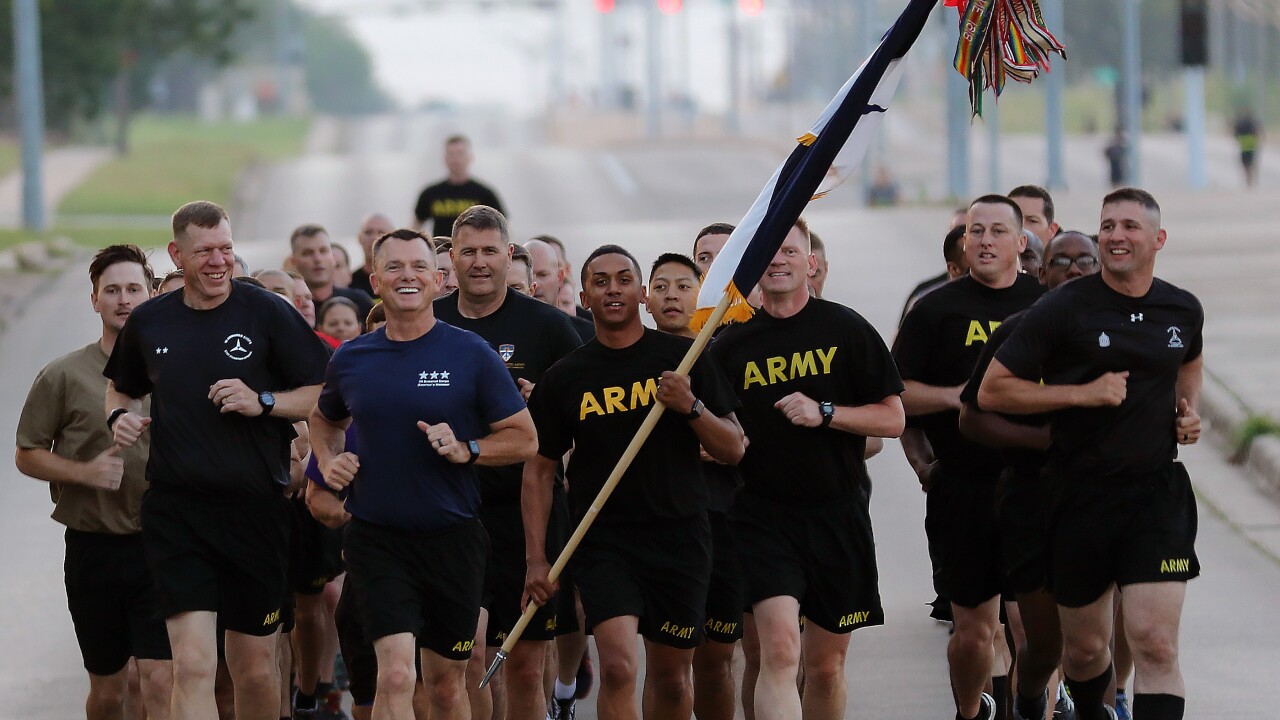 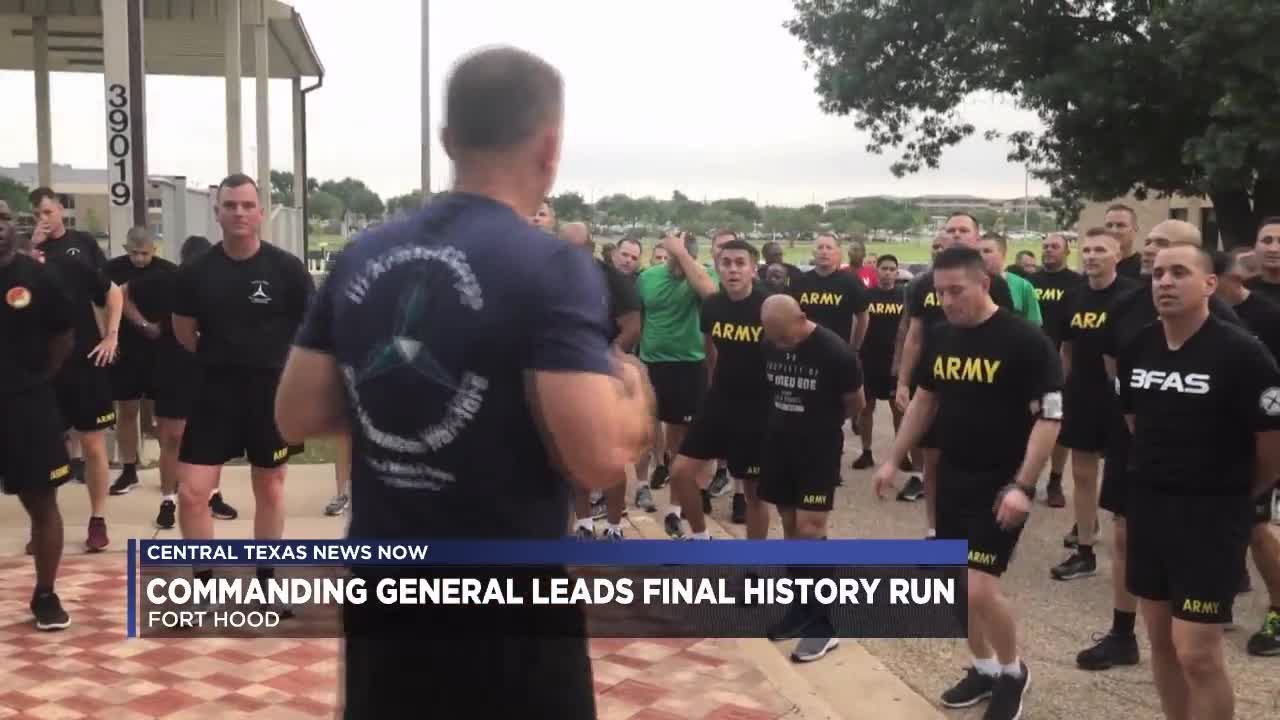 FORT HOOD, TX — In March, LTG Paul E. Funk II was confirmed by the U.S. Senate for a fourth star and a new assignment as Commanding General of the U.S. Army Training and Doctrine Command in Virginia.

Thursday morning, he led his soldiers in his final III Corps history run.

General Funk has served at Fort Hood for nearly two decades, but his time at the Great Place is winding down. In just a few short weeks, he will leave for a new assignment with a fourth star pinned to his chest.

"I'm thinking back through it now, and it's actually starting to become pretty emotional," LTG Funk added.

Over the course of a 2 mile run this morning, General Funk led his soldiers through III Corps' history, and time specific Army exercises, all while personally reflecting on his service to America's Hammer.

"You saw my Dad's [LTG (Ret) Paul E. Funk] Division mentioned, the Spearhead Division which we served in in '91. We got the opportunity to go by the First Team memorial where the sacrifices of the soldiers that I led in the First Brigade of the First Cavalry Division," LTG Funk said. "I was part of the Division Headquarters when we went in '03 and' 04, and I got to command the First Squadron of the Seventh United States Cavalry. I started out as a Lieutenant, and Beth and I were married in 2-8 Cav."

General Funk said revisiting those spots, those memories allowed him to continually fall in love with the service, the sacrifice and his family, both personal and military, everyday.