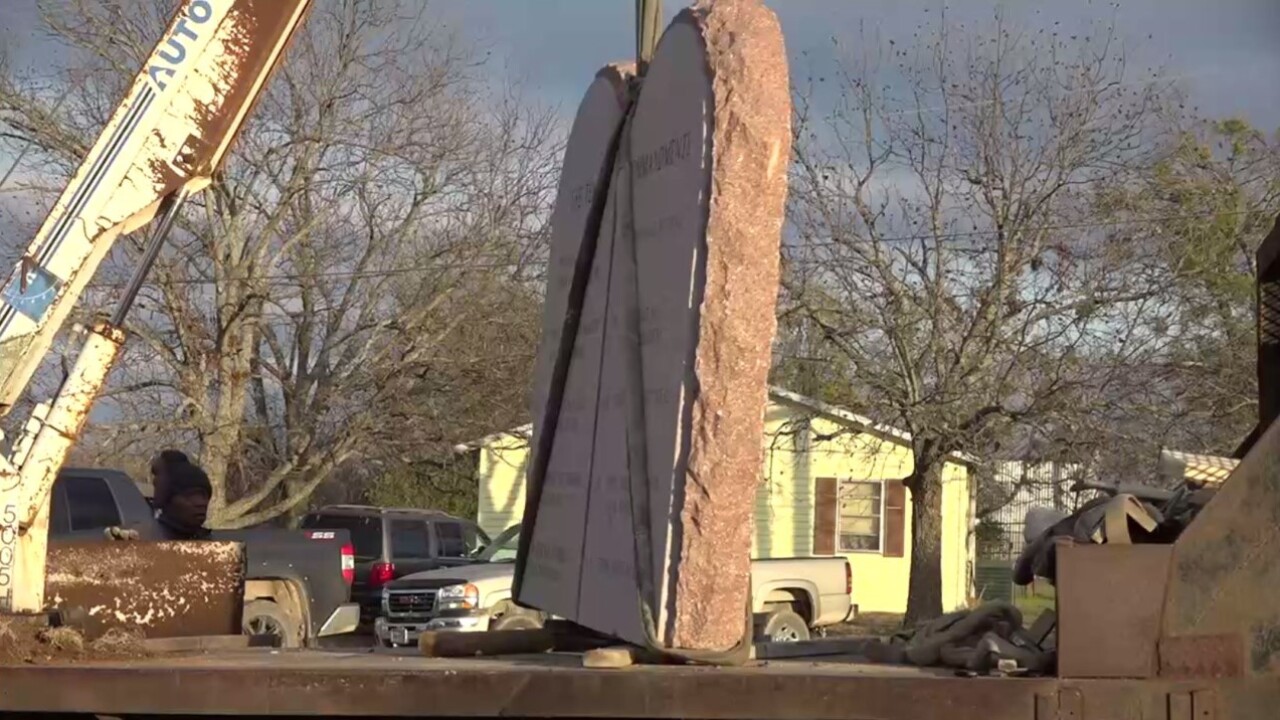 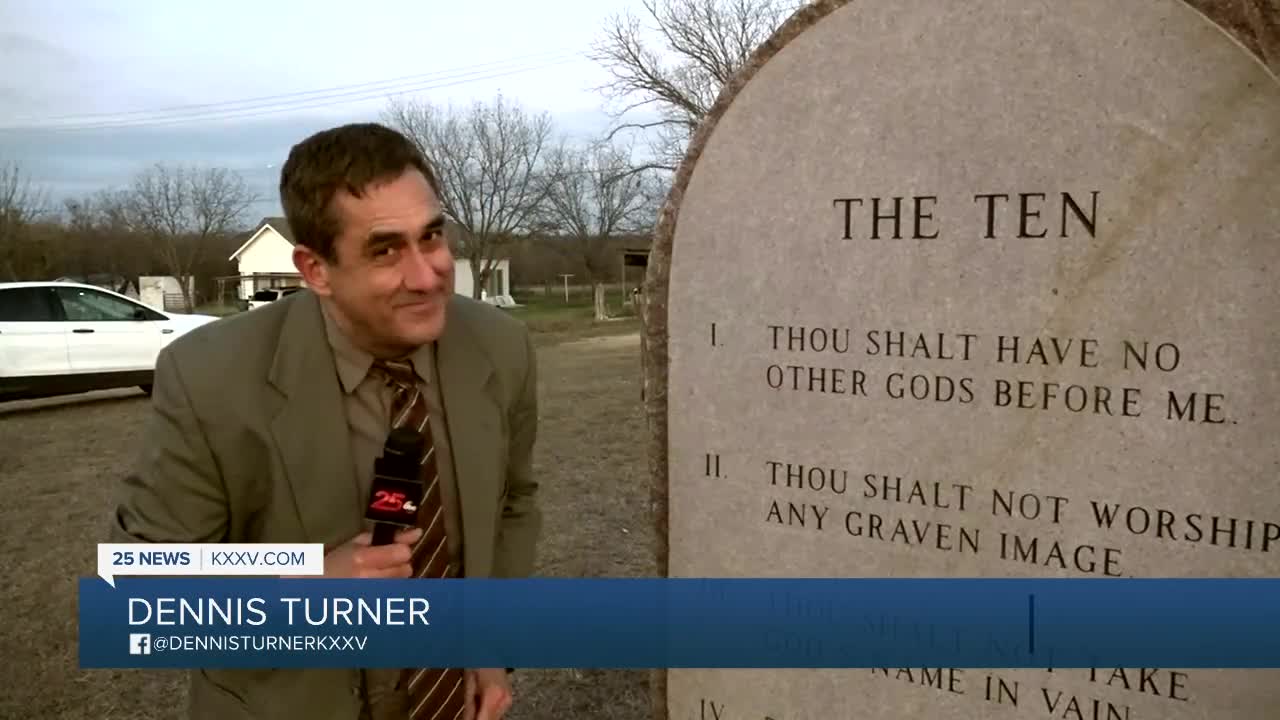 People say some of the same principles embodied in the Ten Commandments made the monument possible.

Back in the summer, a Hamilton County man proposed a Ten Commandments monument for the county. He wanted to put it at the courthouse. It ended up a few miles down the road.

Johnny Clepper beamed as he helped install what he hopes will become a lasting legacy.

He originally proposed a Ten Commandments monument for the Hamilton County Courthouse, but settled on donated land next to the sheriff's department to end the community debate. He hopes these enduring rules to live by send a message.

The more than 7-foot-tall tablets definitely make a statement. The monument weighs 8,000 pounds. That's 8,000 pounds of Mountain Red Granite from Texas of course.

Waco artist Rolando Saenz chipped away at it for more than two months.

Thursday, he and a friend loaded it onto a truck, and drove it to Hamilton, where folks anxiously waited in the cold to see it.

As they carefully unloaded the work of art, which features the Ten Commandments on the front and Mount Sinai on the back, they thought about what message they wanted it to send.

”If we can find some kindness in our heart, that's the most important thing,” said Saenz.

And in this town, kindness goes a long way.

"I think it's the best town in the world. Everybody works together. Maybe the politics is a little different, but we care about each other and we love each other, and we come to help each other when there's need," said Clepper.

Will this become Hamilton County's latest tourist attraction? Clepper and Saenz say they hope so. Clepper plans to add flags and solar lighting by the weekend.