Fire department receives grant for Anheuser-Busch water, and it looks a lot like beer 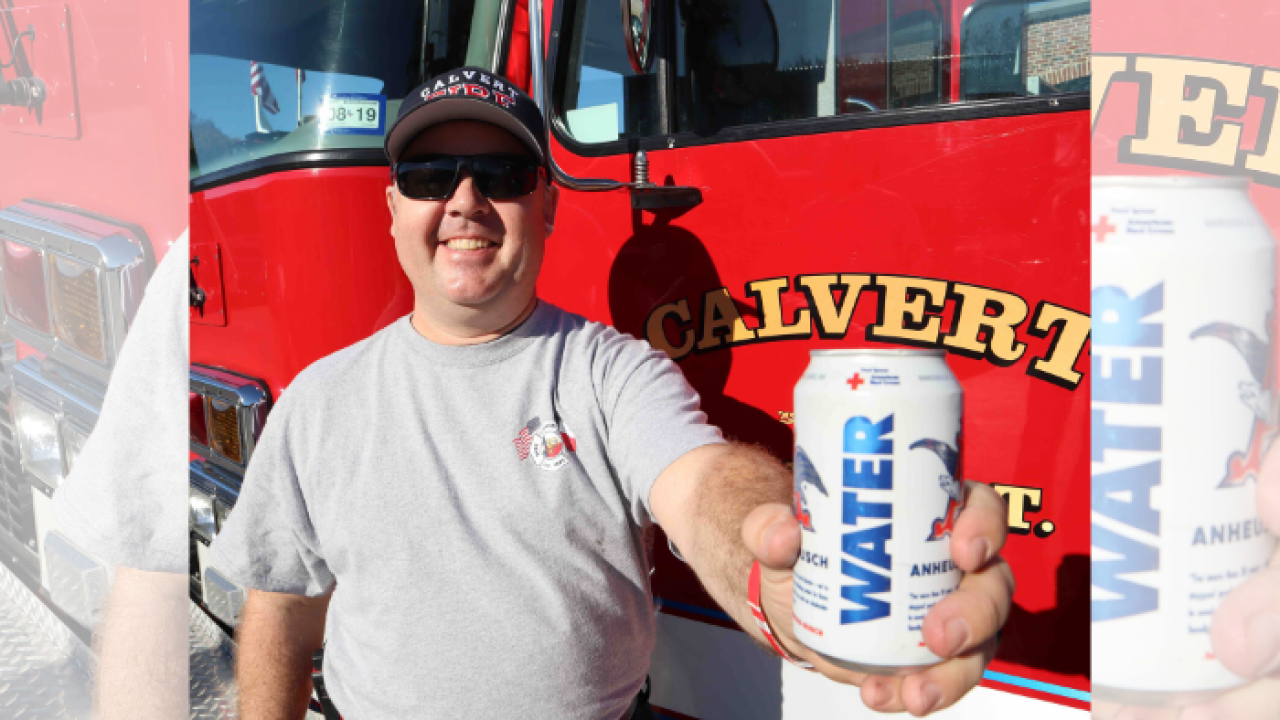 CALVERT, TX — Don't worry citizens of Calvert if you see your firefighters drinking from what appear to be a beer can. "It's not beer... It's water!" says the fire department.

The cases were received after the department wrote a grant to help fund water for its department, since a significant portion of the operating budget is continually allocated to hydration items, such as water, juice, and sports drinks. Especially during the season when firefighters are busy with wildland and structure fires.

“I saw this opportunity and knew it would be a great way to redistribute funding to other critical resources," said grant writer and firefighter Erik Maiorano.

While at first glance, the cans look like beer cans with the Anheuser-Busch logo, the cans are also stamped with a prominent “WATER” designation.

In addition to the 96 cases of canned water recently delivered to Calvert Fire Station, there was a promise of more on the way.

So citizens of Calvert, don't be alarmed if you see your firefighters drinking from an Aheuser-Busch can, it's just water!

The department is appreciative and wants to express its thanks to Anheuser-Busch for providing the water and awarding them the grant.