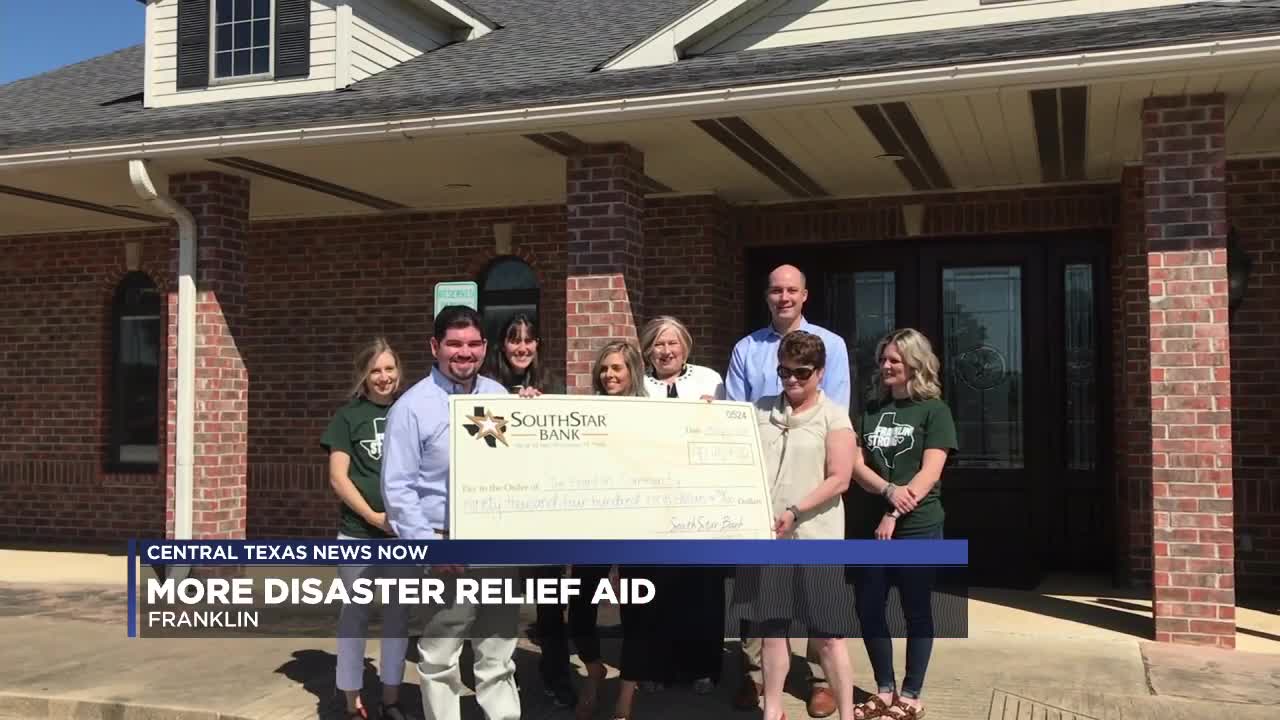 FRANKLIN, TX — The aftermath of Franklin's F3 tornado can still be seen throughout much of the town, a month later.

Now, after a donation presented by SouthStar Bank on Monday of over $90,000, the town now is tasked with planning its strategic distribution of the funds.

Speaking to Franklin's Mayor, Molly Hedrick, she explained the city has compiled a list of those affected, but they aren't sure the list captures everyone.

"The first order of business is to compile a master list. We have different lists at different locations. I don't know if we have everybody affected in that" said Hedrick.

Now, in effort to identify everyone who needs aid in their continued cleanup efforts is uniquely being searched for, Hedrick explained "we'll try to reach people via social media, via robocalls from city hall, via churches, but a lot of it is going to be walking the streets."

Hedrick said she was adamant to locate all of Franklin's suffering residents, and publicly ask if someone has not yet identified themselves to Franklin City Hall, to please do so in effort to make the "master list."