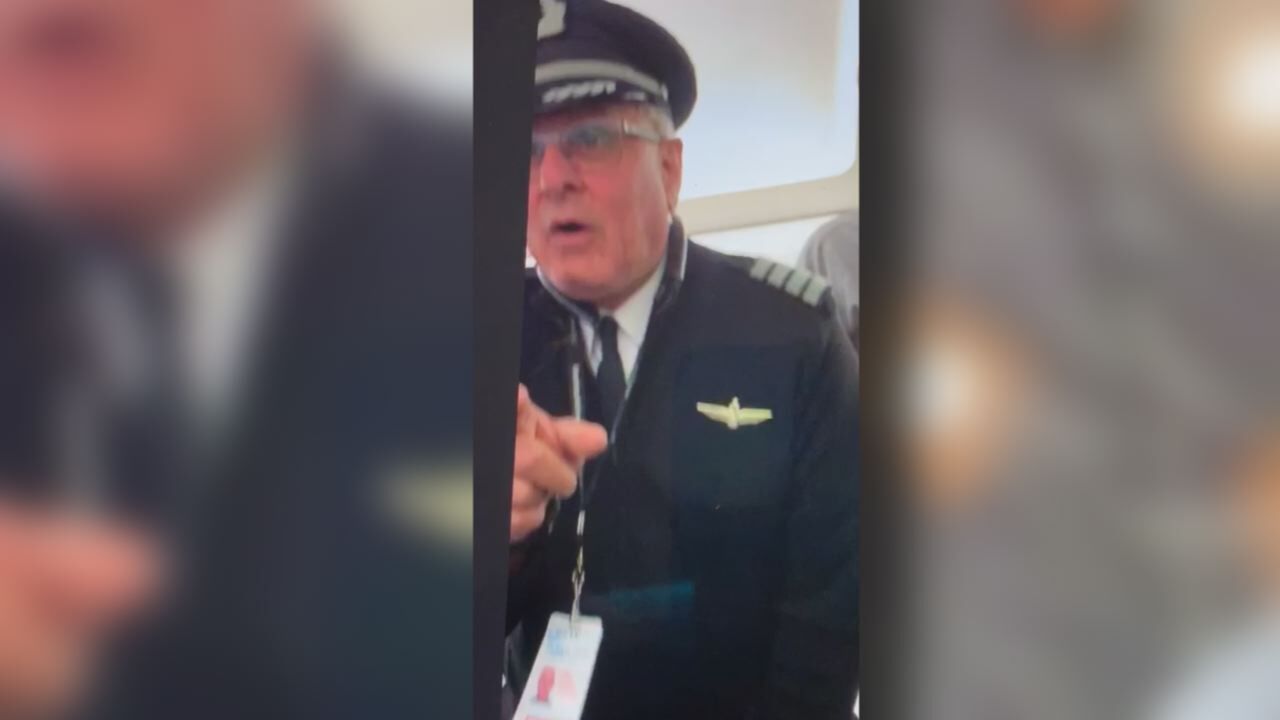 A Central Texas man said he was kicked off an American Airlines flight and left to find his own way home. 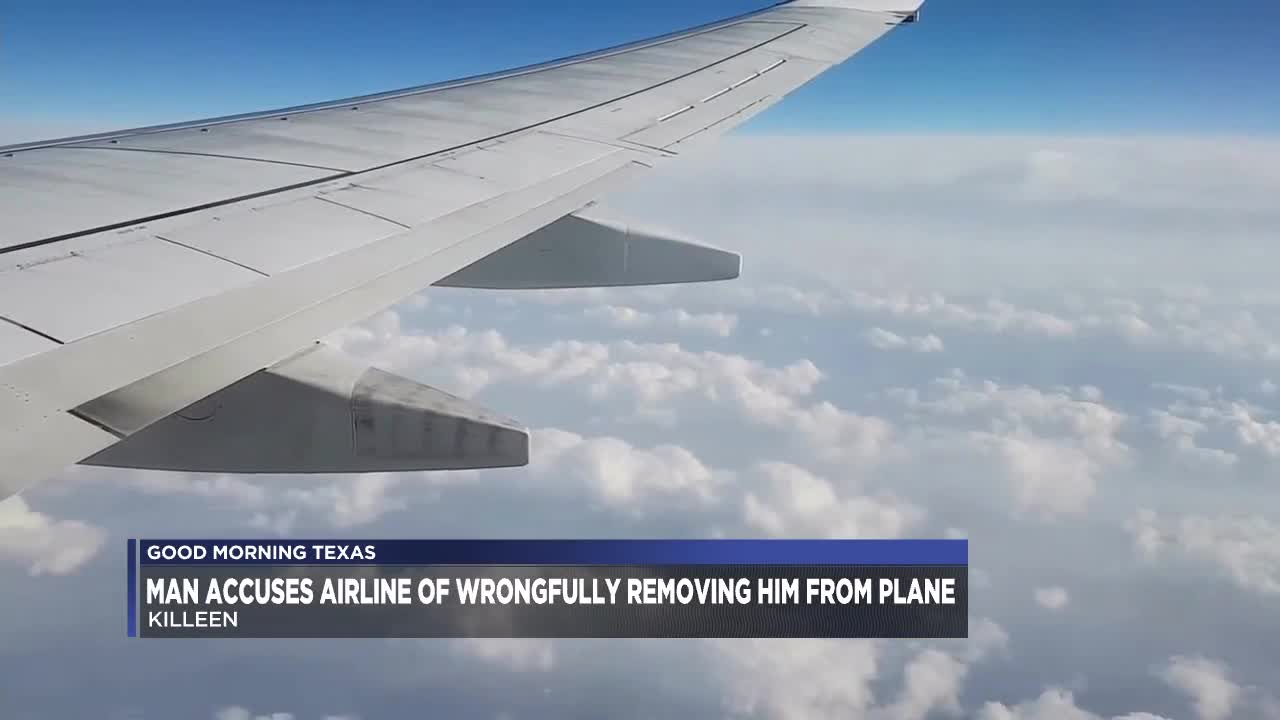 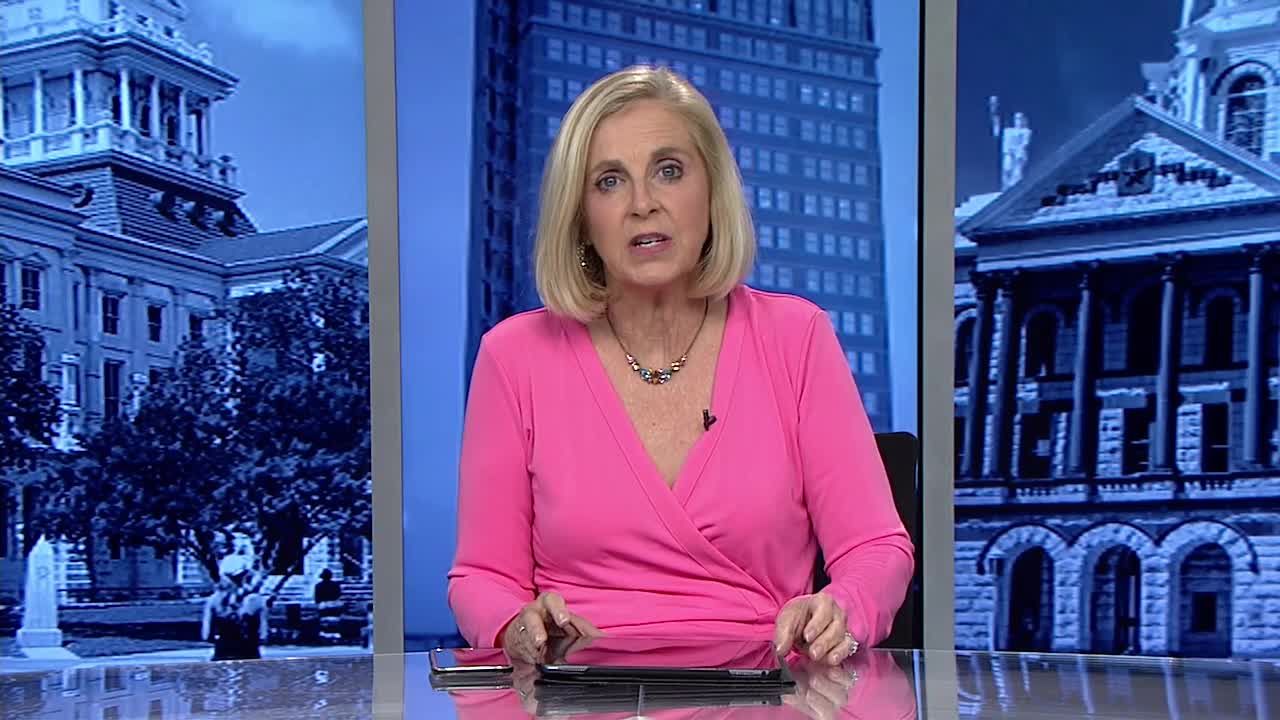 KILLEEN, TX — A Central Texas man said he was kicked off an American Airlines flight and left to find his own way home.

Dana Holcomb was headed back to Killeen after his 53rd birthday celebration in Las Vegas, but when he got on a connecting flight in Phoenix, Arizona, there was a problem.

Holcomb, alongside his Attorney, Reginald Mckamie announced Wednesday he is suing the American Airlines, citing it's discriminatory history during a press conference.

"He doesn't want discrimination happening in America and what American Airlines is doing is discrimination, they have repeatedly humiliated African American citizens by throwing them off of the plane and what Dana wants to do is fight this," Mckamie said.

The lawsuit will also seek action against the flight attendant that was involved, the pilot and the spokesman for the airline.

Central Texas News Now reached out to American Airlines for a statement regarding the lawsuit. The statement from Joshua Freed, Senior Manager - Corporate Communications reads:

If a lawsuit is filed, American will review it and respond in court when appropriate.

Holcomb explained that he was having allergy issues because of the dog’s hair, which is when the woman tried to find a new seat.

"I sat on the seat and there was a young lady sitting next to me who had a pet with her, a medium-sized dog in her lap. As I sat there for a few minutes my eyes, my face everything began to fluster so she looked over at me and she asked me if I was allergic to dogs," Holcomb said. "She began to ask everyone in the first-class section if they would be willing to exchange seats with her and no one was willing to do that," Holcomb said.

Once the passenger ran out of options, a flight attendant and the captain of the plane got involved.

Holcomb said both the captain and the flight attendant were trying to get Holcomb to move to a seat in the main cabin.

"He then began to get really irate because he was insisting that I go to that seat," Holcomb said.

After nearly 40 minutes, a fellow first-class passenger agreed to switch seats with the woman and her service animal, but things didn't end there. Holcomb was then asked to get off the plane.

"He then went to the cockpit and called American Airlines security," Holcomb said.

Security escorted Holcomb out of the airport. He was left in Phoenix overnight with no way home.

"They left with my medication, they didn't even have the time to get my bags off the plane," Holcomb said.

Holcomb’s removal came after, he said, the situation was already resolved.

"To be honest, it made me feel that I was less than a dog," Holcomb said.

On April 14, 2019, a passenger was removed from American Airlines flight 691 traveling from Phoenix Sky Harbor International Airport to Austin-Bergstrom International Airport after causing a confrontation with crew members regarding an emotional support animal that was seated next to them prior to takeoff. After informing flight attendants of a pet allergy, the passenger was offered an alternative seat in the first-class cabin further away from the emotional support animal but declined and became confrontational. They were then offered a seat in main cabin to provide additional separation and were offered a refund for the difference in their first-class fare but also declined and remained confrontational. After refusing all alternative seat assignments, the passenger was asked to leave the aircraft but again refused to comply with crew member instructions which led to the aircraft being partially deplaned before they exited. The unused portion of the passenger’s ticket (connection from Phoenix to Austin) will be refunded. Under federal regulations, American Airlines is required to transport service and support animals. American makes every effort to accommodate all passengers, including those traveling with and seated near service or support animals. In the case of an allergy, we work to re-seat a passenger further away from the service or support animal. If the customer is still not comfortable flying, we will re-book them on the next available flight to their destination.

Another passenger aboard flight 691, Houston attorney Jay Youngdahl, tweeted at American Airlines during the incident.

Black man removed from AA 691 in Phoenix. Looks like his offense was “traveling while Black.” @americanair

In an interview with Central Texas News Now, Youngdahl said he is an American Airlines executive platinum member and has flown over four million miles.

He said after seeing the incident first hand, he knew it wasn’t right.

"So, the guy was sitting next to me and he said ‘Here, why don't you sit where I am?’ Then he went back to sit next to Mr. Holcomb and then we all thought everything was fine. Well, then I hear the captain say, ‘I think this man is going to be a danger at 35,000 feet,’ Then they take us all off the plane and on the way out I said to the captain, ‘That was a racist thing, sir,’" Youngdahl said. “[He never stood up] He just sat in his seat the whole time, there was no confrontation.”

Youngdahl added that before the flight took off, the girl with the dog was invited to the cockpit to look around with the captain.

“There was a young college student, I think who had a dog and she came and sat down next to Mr. Holcomb and the captain came out, and he is an older white man, and he said to this young lady ‘Hey, how are you? Do you want to come up in the cockpit?’ So he takes the young woman into the cockpit with the dog and they have some kind of good ol’ time with the dog,” said Youngdahl.

American Airlines responded to Youngdahl’s tweet with a phone call.