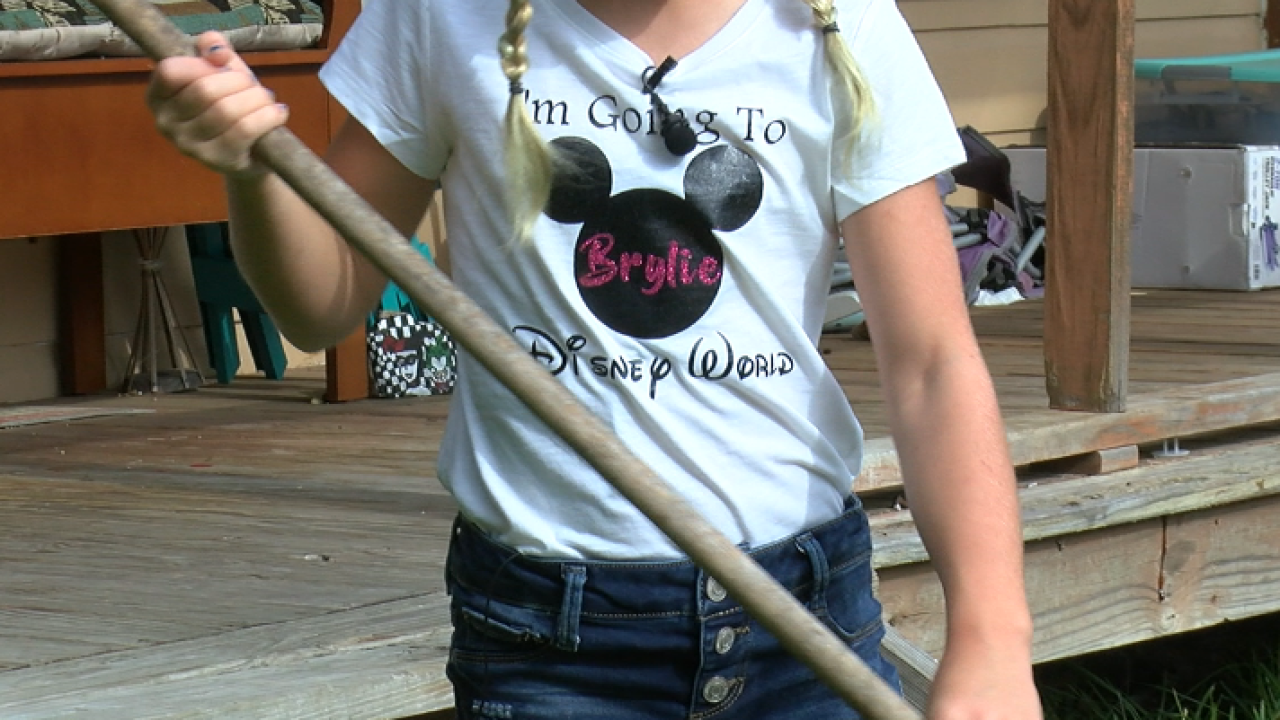 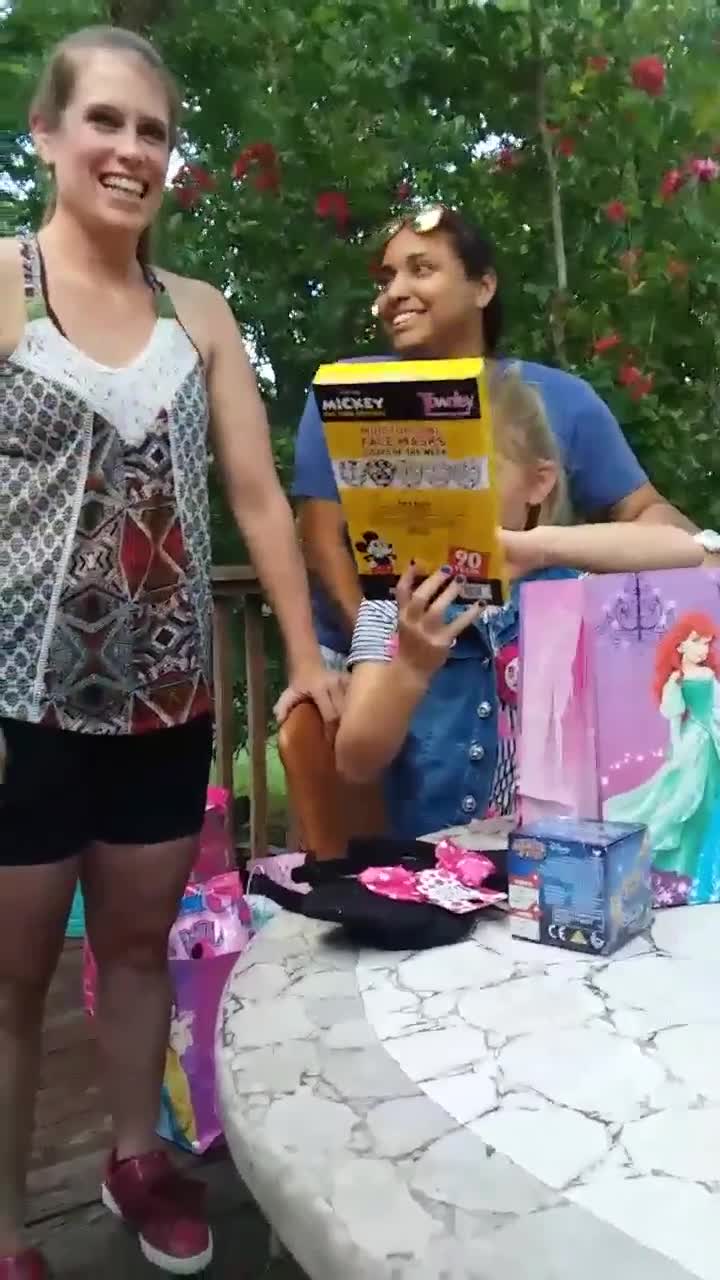 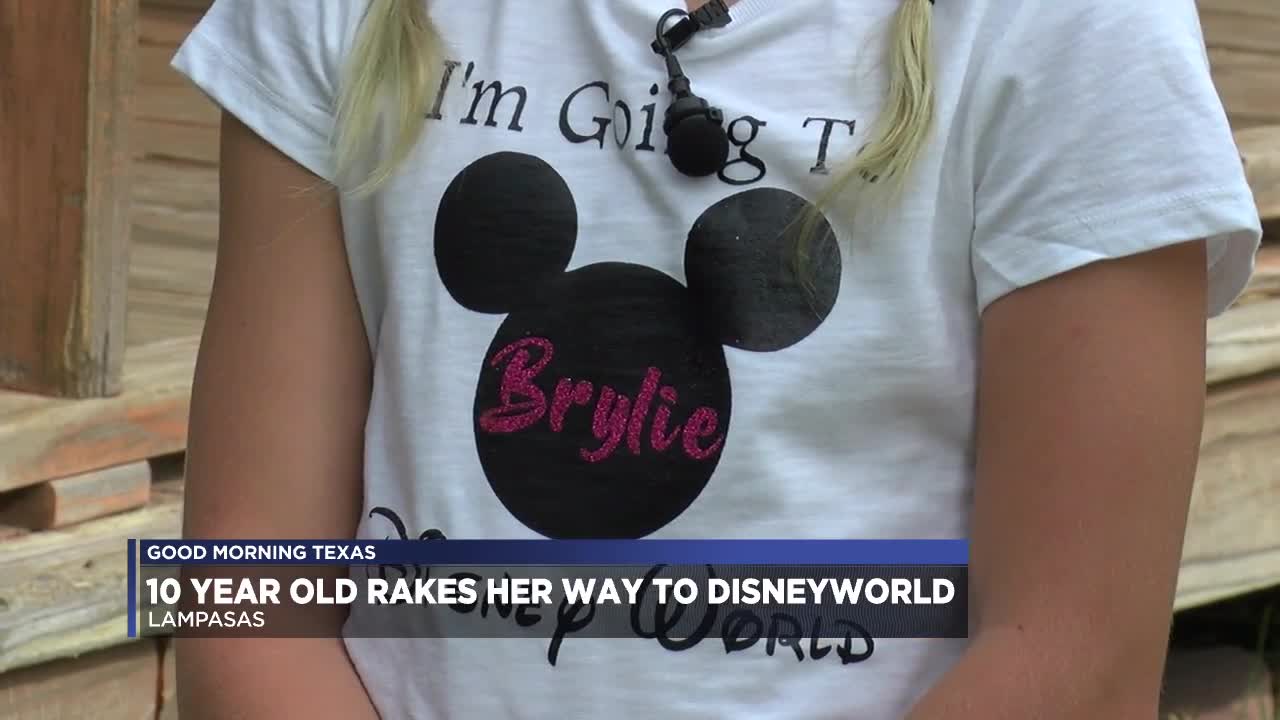 LAMPASAS,TX — After 10-year-old Brylie Centunzi had a dream of wanting to go to Disneyland, her parents said she had to work for the money. Two years later, she can finally plan her trip of a lifetime.

Brylie and her parents, Jessica Centunzi-Sanchez and Esmerelda Sanchez, raked yards, cleaned decks and did what ever they could to earn the money towards their Disney trip. The plan was originally to go to Disneyland, but they realized they had saved enough money for DisneyWorld.

Brylie's parents surprised her on her 10th birthday. And now, she can take a break from raking yards.

Of course, Brylie didn't work alone. Her parents helped when they could because it would mean an even bigger accomplishment to do it together, but it was Brylie inspiring her parents to work hard.

"So as a family we still were able to do this project and work our way up to this goal she had instilled in us," Centunzi-Sanchez said.

As they both watched their daughter accomplish her goal, they couldn't help but smile.

"But I think overall I was just over filled with joy. It makes me proud, we're very proud, very proud of her," Sanchez said.

Although the hard work has paid off, Brylie said she may continue to rake yards when she's back from vacation.

"We could maybe do other things or what other people might want us to do for their yard," Brylie said.

Brylie's parents hoped to teach her a valuable lesson while she worked the past few years, and that lesson has been received.

The family is excited to take their trip in September, and Brylie is excited for the rides and meeting Mickey Mouse the most.

Brylie would also like to thank everyone for helping her the past two years and giving her the work to accomplish her goal.