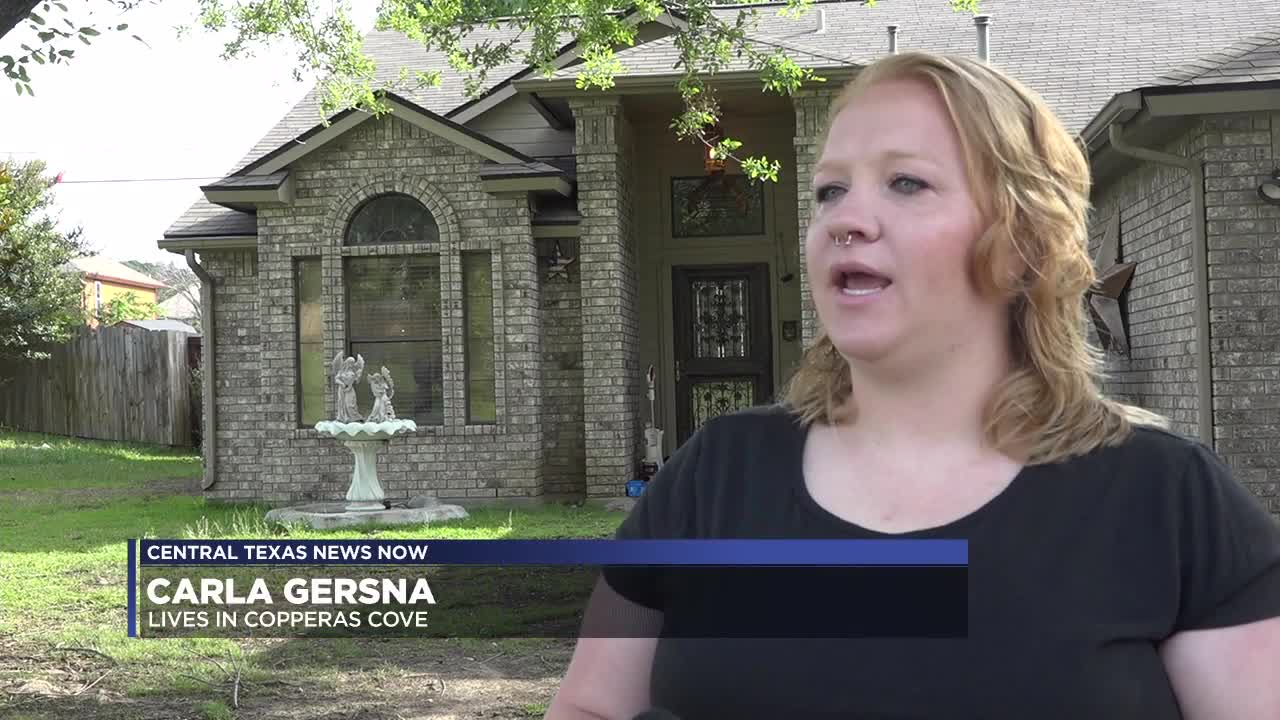 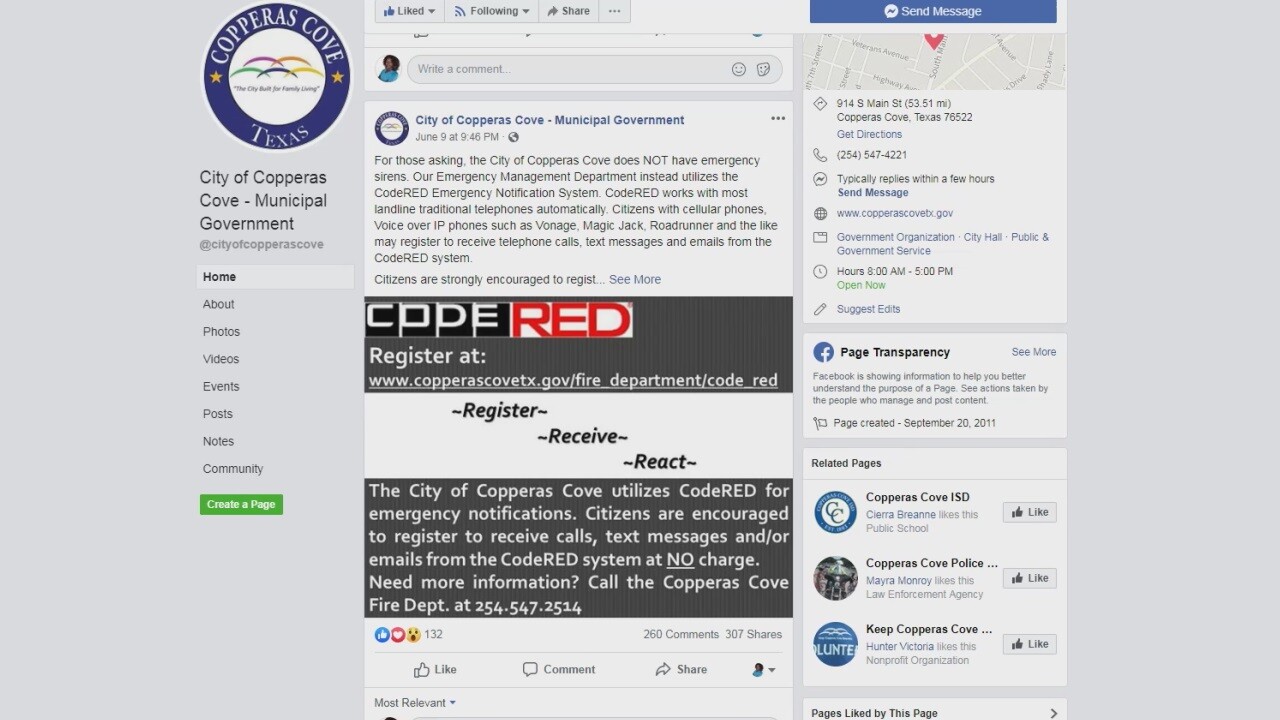 Some people shared when it came to awareness of the tornado, they were left in the dark.

They explained that is because the City of Copperas Cove does not use an emergency alarm system, instead they use CodeRED.

Many people said when peak wind speeds of 115 miles per hour ripped through Copperas Cove, they expected to hear emergency sirens, however, that did not happen.

After the tornado hit, representatives from the City of Copperas Cove explained via Facebook that the city does not use emergency sirens. Instead, they use a system called “CodeRED” for emergency notifications.

"Citizens are encouraged to register to receive calls, text messages and/or emails form the CodeRED system at no charge," a city representative said.

“At about 45 minutes before that tornado was actually called a tornado, if you will by the National Weather Service standards, a notification was sent out on CodeRED that gave a thunderstorm warning in the area,” said Deputy Fire Chief Gary Young, the emergency management coordinator for Copperas Cove.

More than 100 people commented on that post. A few of those people spoke to Central Texas News Now about those comments.

While some like Robyn Hopkins Mitchell praised the system, others had a lot to say. Many of them shared they had not heard of the system until now.

"I highly recommend signing up. I got calls, text messages, and emails," Mitchell commented.

However, Copperas Cove resident Carla Gersna said, before Sunday, she did not know the system existed.

“I saw the city post about CodeRED and that's when I immediately, I commented on it first saying, ‘Hey we should really think about you know a quote advertisement to the residents,’" said Gersna.

Deputy Fire Chief Young explained there is a reason they use CodeRED.

"This gives us the ability to give a personalized notification directly to any person who has a telephone with them or access to a telephone, which in today's age pretty much everybody has a phone,” said Young. “I understand there are exceptions to that. A siren system would only omit a siren tone, doesn’t tell you anything. It's a siren tone. Many times, communities they don't have any idea what the siren tone means."

Gersna said she believes the system could work hand-in-hand with sirens.

"What does the cost have to be for them to put in a multi-dimensional type warning system for their residents? Do we have to be unfortunate enough to lose a life," said Gersna.

Nearly 200 homes were damaged as a result of that tornado and no injuries were reported.

Young said they do not plan on adding any emergency sirens, instead they will stick to using the CodeRED system.