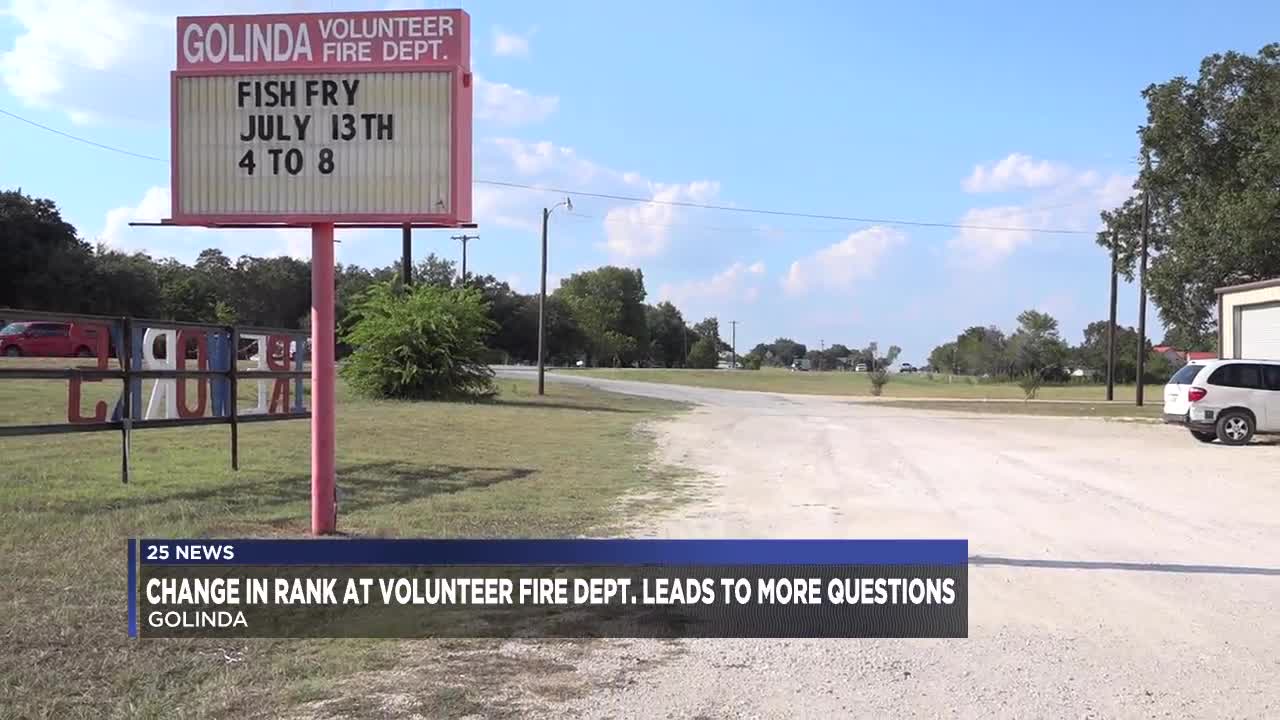 GOLINDA, TX — On Monday, an anonymous tip led 25 news to investigate some questions about the leadership and business practices at the Golinda Volunteer Fire Department.

The change was approved by the board that oversees the fire department, but a concerned county resident tipped off 25 News that there is more to investigate.

The tipster stated that money is possibly missing from the Golinda Volunteer Fire Department, and that it was done by someone internally.

25 News is still working to confirm whether money is missing. We reached out to the new fire chief who declined to comment.

Slim Hughes has lived in Chilton, six miles south of Golinda, for over 35 years. He said his father was heavily involved in the Chilton Volunteer Fire Department, and said a volunteer fire station make a big impact in small communities.

"Some of these guys work, and they come out here and get involved and do what the have to do. They are well trained just like Chilton. They have training all the time. These guys are good," said Hughes.