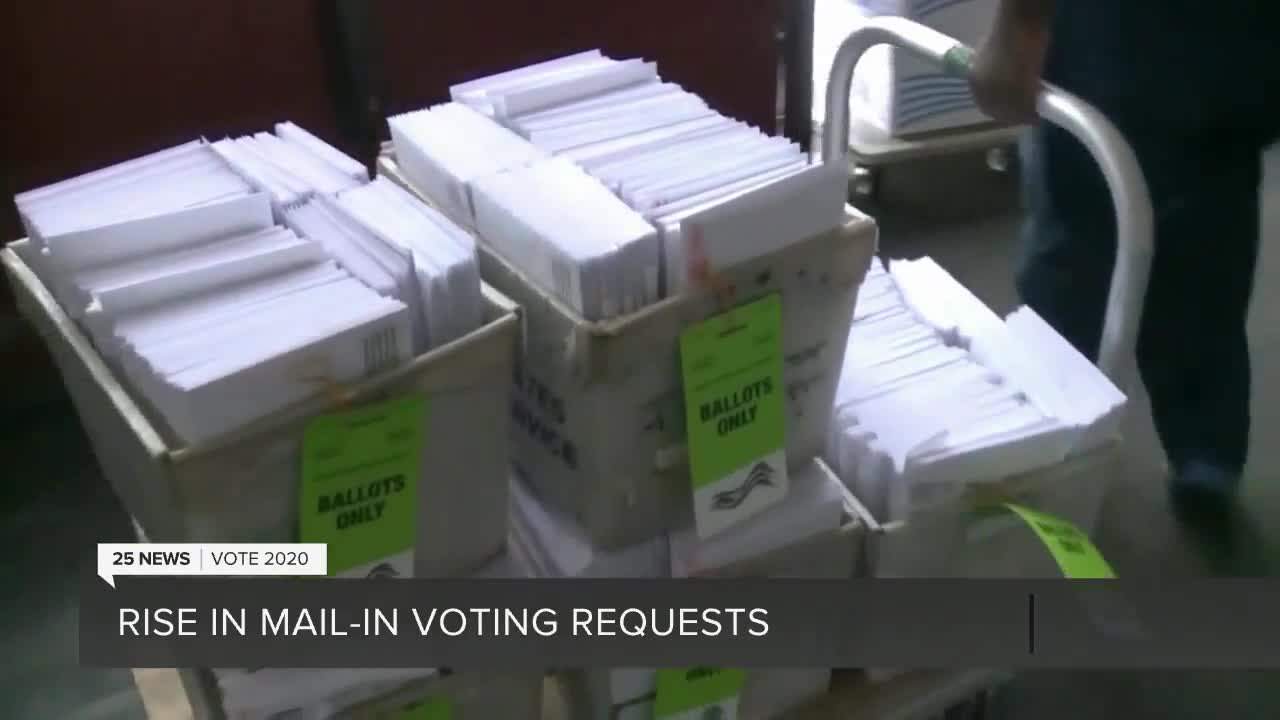 KILLEEN, TX — In order to request a ballot by mail, you must be 65 years or older, disabled, out of the county during the election or behind bars. But as COVID-19 remains a big health risk, more and more people are requesting mail-in ballots.

As the upcoming election approaches, more and more citizens are choosing to vote by mail.

Irene Andrews moved to Bell County two decades ago but always had a passion for our democracy. It wasn’t until this year she gave up her role as a poll worker to keep her and her family safe.

“As much as I want to be there helping on Election Day, we’re going to vote by mail instead,” she said.

She’s one in a group of over 8,000 residents to request a mail-in ballot in Bell County for the upcoming election.

The trend to avoid the polls is one we’ll see across Central Texas.

“We see several people who normally, even though they would qualify they’re over 65, that would choose to vote in person but for this election, I think they're going to vote by mail," explained Kathy Van Wolfe, the elections administrator for McLennan County.

As of Thursday, McLennan County has seen a 162% increase in mail-in ballot requests since the 2016 presidential election. However some of those voters are skeptical that their votes will not make it to where it needs to go as the Post Office is in national headlines for delays.

“We’re fighting for our voice to be heard,” Patrick Arryn, founder of Change is Here said. “We understand the COVID situation, but at the same time there is a trust that’s not there.”

Some counties are aware of the distrust and in an attempt for transparency, they’re allowing voters to turn in mail-in ballots in person with a valid photo ID. It's an avenue some may not be able to take.

“Now my major concern is for the disabled, elderly people, people who are shut in, people who cannot and don’t have the luxury to get in a car and physically go down to Belton,” Andrews said. “Those are the folks I’m worried about.”

Voting is important, mail-in or in-person. For Andrews it’s bigger than a location.

“We have family members that we would like to be able to see after this pandemic is over,” she said, smiling. “We’ve really missed them. But I tell them, “"I miss you but I love you more."”