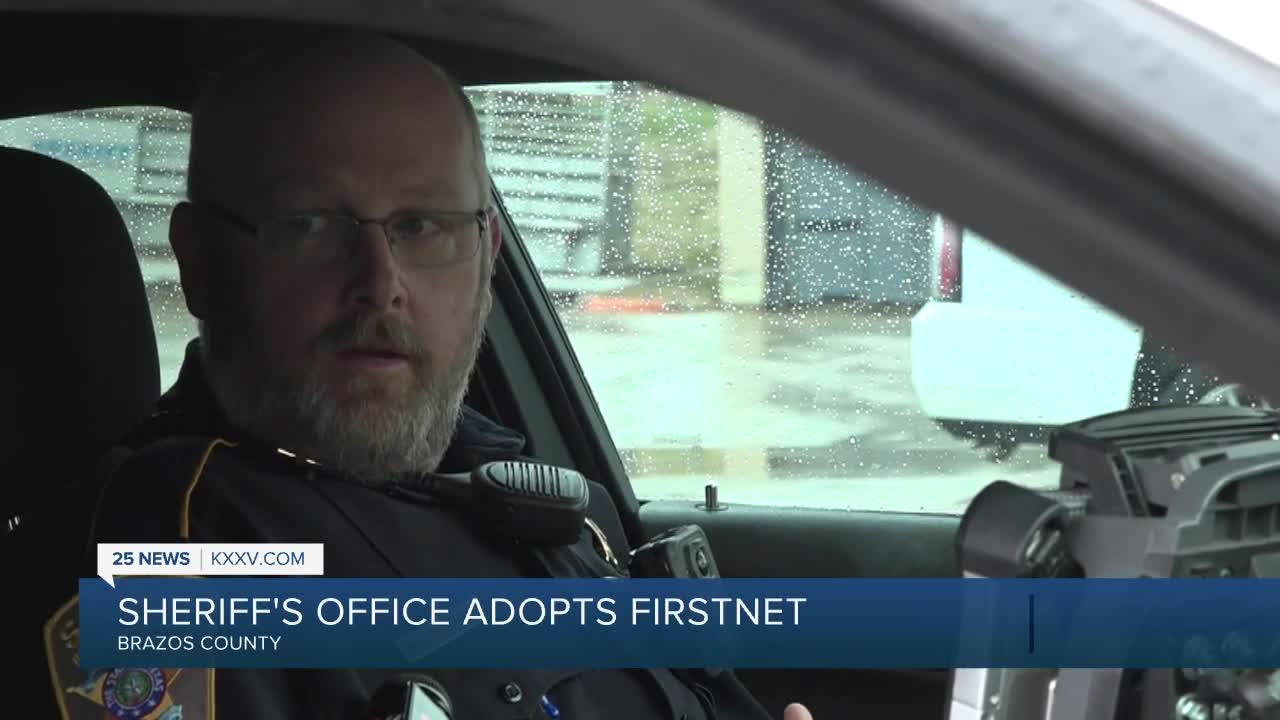 FirstNet, or First Responder Network Authority, is a nationwide broadband network that equips first responders to save lives and protect U.S. communities.

The capabilities for officers include uploading reports from their vehicle, conducting virtual roll calls, and live streaming significant events from patrol cars to command staff so resources can be dispatched more effectively.

Brazos County was involved in a case study of FirstNet in 2018 conducted by the Police Executive Research Forum, an independent research organization that focuses on critical issues in policing.

One of its services was the ability to communicate on a separate network in small areas when many people were using their smartphones.

The Sheriff's Office said that they had difficulty staying connected at Kyle Field during football season.

“Having so many people in the stadium can overwhelm a system very quickly,” Brazos County Sheriff Kirk said. “We found that FirstNet is the answer to our connectivity issues during those types of events.”

During the case study, the agency also outfitted patrol vehicles with multi-use tablets and keyboards connected to FirstNet.

Josh Hearen, Sergeant of Warrants and Civil at the Brazos County Sheriffs Office explained "what it provides us is a dedicated cellular network for emergency situations. Where we'll really see the difference is during major events--natural disasters--large scale emergencies in our community; you kind of have to think of the cellular network as a pipe, and there's only so much space in that pipe, as that starts to fill up that also clogs our network if we were using the same thing."

FirstNet said it can help ensure a reliable communication system is in place to assist public safety and rescue crews before, during, and after a natural disasters.

The Sheriff's Office said they would continue to experiment and innovate with FirstNet applications involving drones, license plate readers, and other emerging technologies.