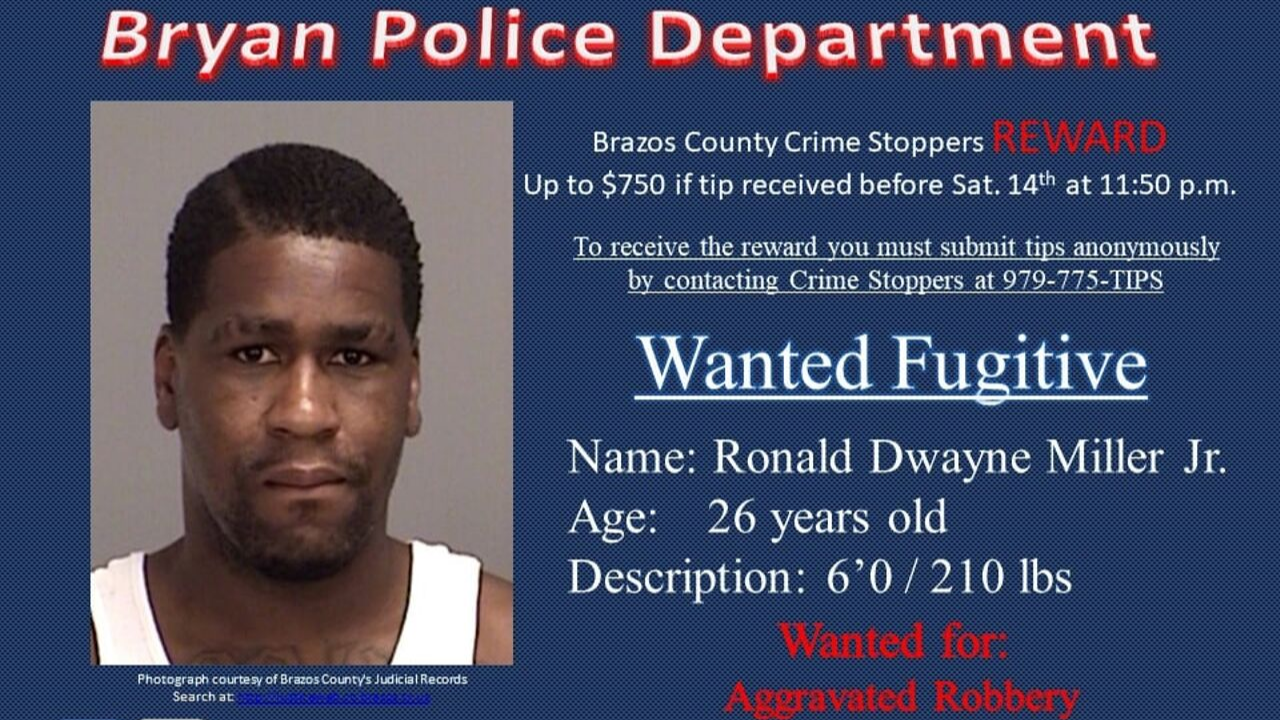 BRYAN, TX — The Bryan Police Department have arrested a man wanted for a robbery that happened in Bryan in September.

Ronald Miller Jr., 26, was arrested Jan. 28 on Ravine St. in connection for the aggravated robbery of a Quick Mark in Bryan.

Bryan police said that around 8 p.m. on Sept. 9, officers responded to the Quick Mart located at 2901 E. Villa Maria. Police said a suspect entered the store with his face covered and demanded money from the store clerk.

The suspect then fled the scene on foot with an undisclosed amount of money. No one was injured during the robbery.